By embracing the NGA project, St. Louis continues to exhibit its historical tendency of developing in impoverished neighborhoods. 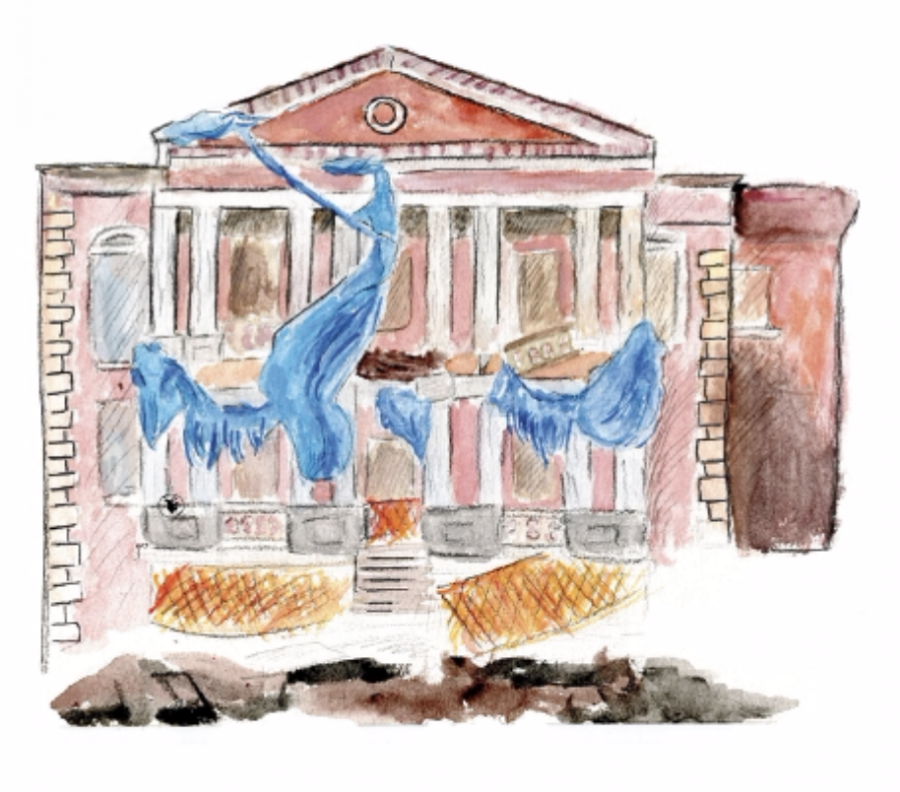 The National Geospatial Intelligence Agency‘s (or NGA) construction of a future western headquarter in north St. Louis has dangerous implications.

The site will affect mainly the St. Louis Place neighborhood, where hundreds of buildings are being destroyed and residents moved.

The St. Louis Place neighborhood harbors a rich history that offers insight into social changes within St. Louis throughout the past two centuries. Originally inhabited by first and second-generation immigrants, mainly German, Irish, Italian or Polish, the community underwent a profound demographic change after World War II. White residents began fleeing the inner cities in droves, and St. Louis Place became primarily inhabited by African-Americans. Through the ‘70’s, St. Louis Place thrived and left a legacy of beauty and historical significance in St. Louis. The construction of the new NGA facility in North St. Louis threatens a remarkable cornerstone that remains a testament to the complex narrative that is this city’s history.

St. Louis Place not only houses rich history, but the community contains beautiful works of architecture. Notably, the James Clemens Mansion, built by the uncle of Mark Twain, stands not only as a stunning landmark but also champions a connection between the city and Mark Twain. Along St. Louis Avenue, stately houses that predate the twentieth century prove that this city remembers and acknowledges its past. The construction of the new NGA endangers these buildings that are integral to St. Louis’s identity.

Not only has the new NGA facility destroyed parts of St. Louis history, the construction also has displaced residents of the neighborhood. The destruction of homes to make way for the new $1.7 billion facility forced families out of their communities. While at a final annual block party in the St. Louis Place neighborhood, Janet Bradley expressed sorrow for leaving the neighbors she had developed such a close bond too. She told St. Louis Public Radio, “Once you’ve been together this long, you’re no longer friends. You’re really family.” Others at the party were in tears and heartbroken. The creation of the NGA facility has destroyed communal bonds and displaced over 100 residents already.

Sylvester Brown Jr., a formal metro columnist for the St. Louis Post-Dispatch, said, “Oddly, in my role as a community activist today, I use the erection and destruction of Pruitt-Igoe as an ominous warning of what can happen when rich and influential people decide poor people can be discarded, displaced or delegated to other neighborhoods-all in the lofty name of ‘development.’”

In the award-winning documentary, The Pruitt-Igoe Myth, the last line is, “The City will change but in ways different than before. The next time the City changes, remember Pruitt-Igoe.” Pruitt-Igoe is widely regarded as a disastrous urban renewal failure, and any parallels between the construction of this new NGA site and Pruitt-Igoe should be seriously considered.

While it boasts thousands of new jobs for St. Louis residents, the construction of the new NGA site in the St. Louis Place neighborhood threatens the history of the city that should instead be treasured. The arrival of the new facility should be looked critically and addressed with caution. 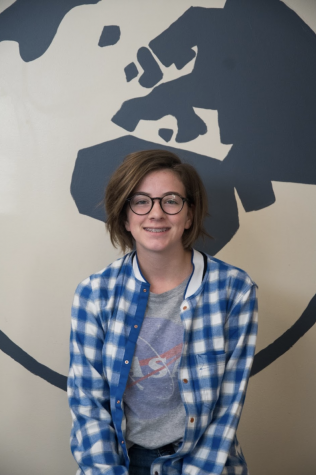 Stella is a freshman. This is her first year working with Globe, and she is very excited to be able to help produce the Globe. Stella loves to create art and is eager to start...