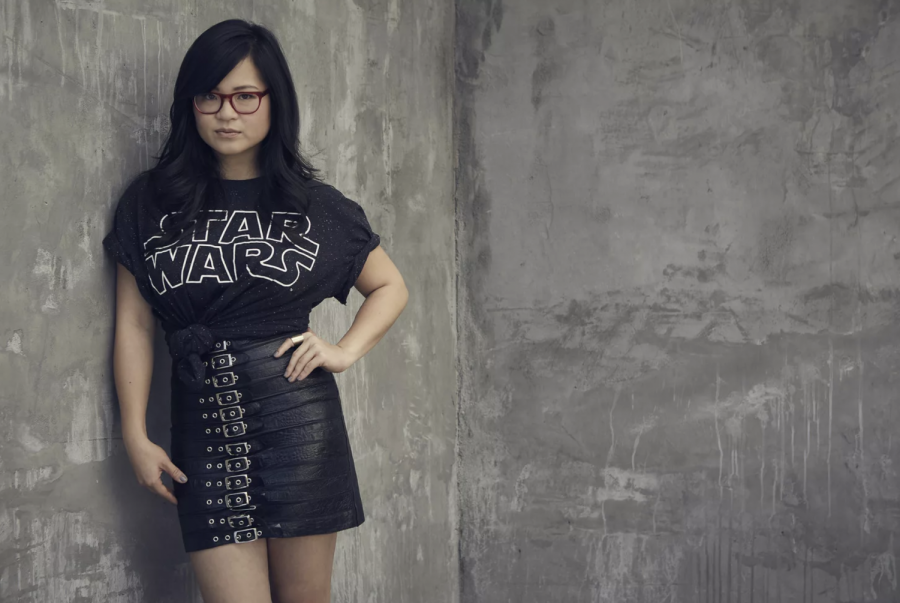 At first, when I heard that there would be an Asian woman in the new Star Wars movie, I was shocked. An Asian? In a Star Wars movie? I couldn’t comprehend it. My shocked reaction was soon replaced by excitement, but I asked myself, why was there a momentary feeling of shock? Surely if a black or white woman was given the role instead, I would not be shocked. So why Asians?

Stereotypically, Asians are seen as very obedient and docile. This could stem from the fact that Asians usually are strongly disciplined, and are told to work hard instead of arguing or protesting. Asians are also seen to be very focused on academics, and discouraged from careers in the entertainment industry. At one point in time, there may have not been enough Asian actors to be able to be represented properly, but times have changed, and now there are many Asians pushing towards an acting career.

According to the 2011-2015 ACS Demographics and Housing Estimates, around 5.1% of the United States is Asian. Many would agree that what we see in Hollywood movies is disproportionate to the real world. One problem is that movies that have Asian roles are often whitewashed. For example, white actresses Scarlett Johansson and Tilda Swinton in their respective films Ghost in the Shell and Dr. Strange played roles that were initially Asian. Many fans argued that the actresses who portrayed whitewashed characters did not have a choice, but other actors prove that is not always the case. Actor Ed Skrein turned down the role of the Asian character Ben Daimio for remake of “Hellboy” to prevent whitewashing. His actions were met with praise, and afterwards, Korean-American actor Daniel Dae Kim replaced him.

Actions like those of Ed Skrein are important for many different reasons. Kelly Marie Tran, who played Rose Tico in Star Wars, stated in an interview, “I just remember growing up and not seeing anyone that looked like me in movies.” The media is a large influence during one’s adolescence. TV shows and movies tell stories, and if people do not see actors or actresses like them represented properly, or even not represented at all, they are influenced to think that they are either unimportant or bound to become exactly how the actor represented them.

Although Asian actors may be casted into roles, these roles are not necessarily fair. Korean American actors Daniel Dae Kim and Grace Park left the CBS show, Hawaii Five O because they were not being paid an equal amount as their white co-stars Alex O’Loughlin and Scott Caan. It was reported that Kim and Park’s final pay offer was 10-15% less than O’Loughlin and Caan’s pay offer. Actress Chloe Bennet, who starred in Marvel’s Agents of S.H.I.E.L.D., also felt that there was discrimination against Asians. Originally born as Chloe Wang, the actress changed her last name because of discrimination. In a response to a comment about her changing of name, Bennett wrote, “Changing my name doesn’t change the fact that my blood is half Chinese, that I lived in China, speak Mandarin or that I was culturally raised both American and Chinese. It means I had to pay my rent, and Hollywood is racist and wouldn’t cast me with a last name that made them uncomfortable. I’m doing everything I can with the platform I have to make sure no one has to change their name again just to get work.” If actors and actresses feel as if they must change a part of their identity to be able to be paid equally, there is an issue that needs to be addressed.

There are also other issues with how Asians are portrayed in media. First, if seen at all, Asian characters are almost either Chinese, Japanese, Korean, or Indian. There are forty-eight different countries in Asia, so it is unfair and inaccurate to assume that all Asians are east Asians or Indian. Next, as Thai-American actor Pun Bandhu stated about Asian characters portrayed, “We’re the information givers. We’re the geeks. We’re the prostitutes. We’re so sick and tired of seeing ourselves in those roles.” Asians are associated with certain roles, so as a result, it is very hard to see change in the roles Asians play.

One Asian CHS student said, “People want to see themselves and their cultures represented, and they want them represented accurately.” In order to be able to fix this problem, people first need to be aware about it. Often, this issue is brushed aside and not known about. It is important to be aware of this issue because it affects how people see Asians in society. The way media portrays Asians on screen reflect on to how people see them in real life. Even though these issues are still prominent, media has made progress in diversifying itself. Shows like Dr. Ken, Fresh Off the Boat, Marvel’s Agents of S.H.I.E.L.D., and more prove that there is hope for the future. There is a call for the media to shift its representation of Asians, and by doing this perhaps we may conquer stereotypes in the real world.