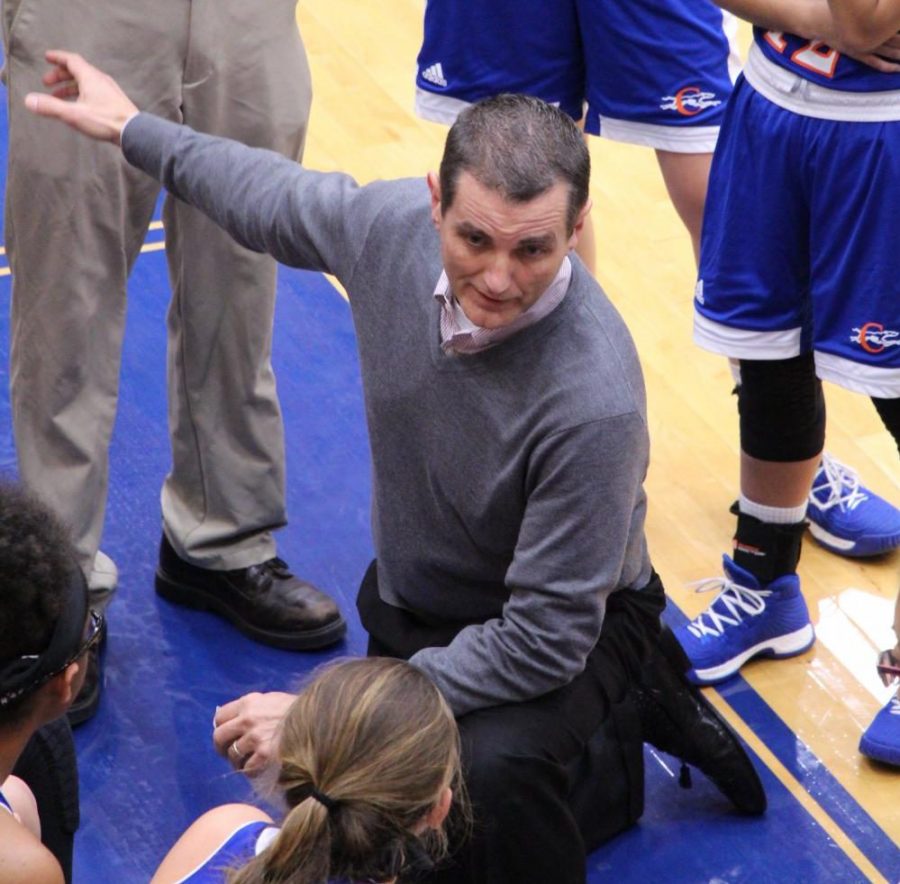 As the new head coach of the girls’ varsity basketball team this year, Michael Knight has had massive shoes to fill.

Knight grew up playing multiple sports including basketball, football, and baseball. Of the sports he played, he realized that there was one which he truly loved.

Knight began playing basketball at the age of five and played all through high school and won all-state honors. He was fortunate enough to further his basketball career and play in college at Truman State and then Westminster College.

Immediately after college, Knight traded in his jersey and sneakers for a whistle as he became a head coach at a small high school in northeast Missouri.

From there, Knight moved to Southern California for non-basketball related reasons. However, while there, he continued to coach. In California, Knight coached some of the best players he has ever had an opportunity to work with. One of his players went on to play Division I collegiate basketball for the University of Miami and another went on to be a four-year starter at Boise State and currently is an assistant coach there. Knight decided to move to St. Louis after his time out west.

Upon coming back to the midwest, Knight got a job coaching basketball at CHS after learning about the job from a family friend who taught science and also coached basketball at Clayton High School.

“At the college level, for everyone basketball is a passion. However, at the high school level, there are some players who just want to be part of the team and know they won’t play beyond high school. The college level there is more passion for the game and the game itself is more intense. There’s a greater finesse to the game. You can do more things at the college level because players have more experience,” Knight said.

Knight decided to transition back to the high school level after having great success as a coach at Washington University and helping his team win a national championship in 2008.

Back at the high school level, Knight realized that he could no longer take certain skills for granted. Thus, his focus as a coach changed towards developing the fundamentals.

Although he began to focus on different skills than he had focused on at the college level, his passion and motivation for coaching remained the same.

“I enjoy somewhat being a father figure to my student athletes and helping them make decisions and seeing them achieve,” Knight said.

During the 2016-2017 season, he helped assist the CHS boys’ basketball program.

Over the summer, Knight was promoted to the position of head coach of the girls’ varsity basketball team at CHS.

Understanding that he has huge shoes to fill from the head coach of last year’s district champion team, Knight looks to use his decades worth of experience with the sport to continue the excellence of the program in the future.

“Last year’s team was very senior dominated and we graduated quite a few of them. There’s only two seniors on the team this year and they both have been hurt for parts of the season,” Knight said. “So, this year has been somewhat of a rebuilding and learning year. Hopefully we can get our numbers up in the future because if we do, we could be a stronger team.”