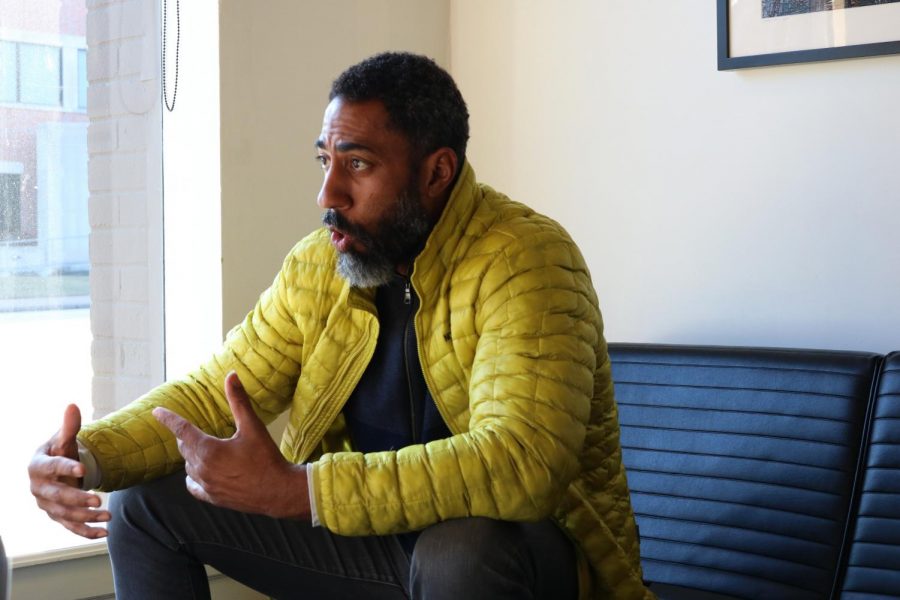 Jason Wilson tells the kids he coaches in basketball that “If you work hard, you should get some return on your investment.”

A businessman himself, Wilson knows what it feels like to meet success, failure and all that comes between. First opening Chronicle Coffee up in North County St. Louis in 2012, Wilson was a man with a vision. He aspired to not just open a coffee shop, but also create a community engagement space so that the neighborhood could have a safe place to go and basic fundamentals of a community.

Chronicle Coffee’s slogan was “control the narrative”, which Wilson implies as the idea that the story of North St. Louis can still change; the fate of the community does not have to be sealed.

He hoped that the revenue could support the community through the creation of economic centers, which could challenge the notoriety of North County, as well as provide tax money for the local school district.
In 2014, Michael Brown was shot in Ferguson, MO, and with the spirit of the community went Wilson’s business, as it experienced a dramatic loss of customers.

“People became nervous…and the tension around race became exacerbated,” Wilson said. “Everybody was on edge. Nobody wanted to be in a community where they know that they could be fought, they could be harmed.”

Fortunately, Wilson had bought Northwest Coffee Roasting from its previous owner in the same year, 2012, as he planned to use the best coffee in the city for Chronicle Coffee.

“You’re dealing with a different economics,” Wilson said. “[In North County,] people have less money, they purchase things differently, the culture is different, so sitting around a coffee shop isn’t something they do … You can get someone coming in there that’s in need of money or food.”

Wilson often donated leftover food from the shop to locals that came to the store in need.

Although very different, Wilson saw plenty of value in owning a location in Clayton.

“People like money, they like the idea of money. If you’re in Clayton, people think ‘wow he’s really doing it’ … that’s the kind of mystique and prestige you get with this idea of being in Clayton and Ladue,” Wilson said.
He takes great pride in his business, specifically in what it offers the Clayton community.

“Classic, timeless, but cool,” Wilson believes that Northwest Coffee provides a space for people to get together and enjoy the simple pleasure of coffee.