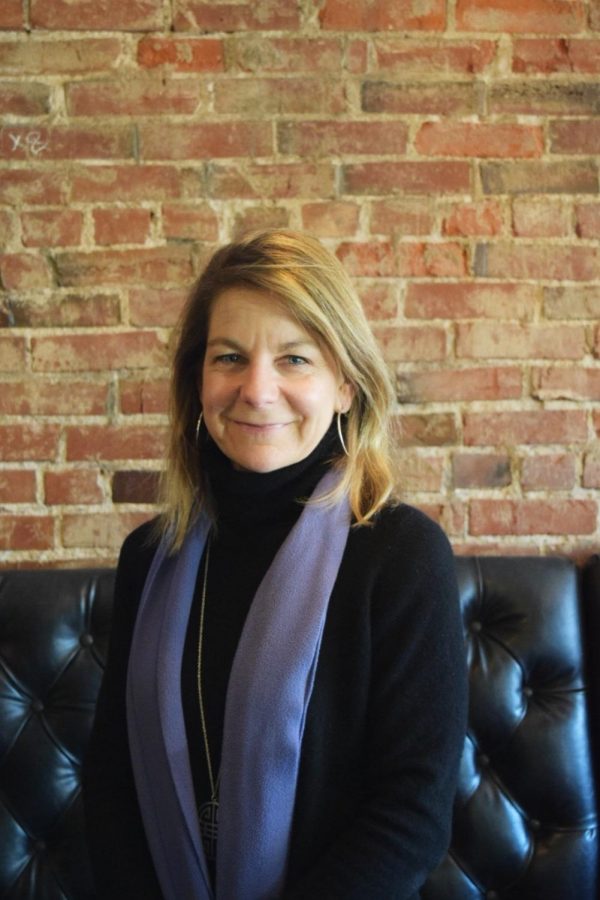 A cozy coffee house sits on the corner across Captain Elementary School. Walking through the two glass doors, an aroma of coffee beans swirls through the air. Students accumulate around the small wooden tables, meticulously studying and debating. Others drink their beverages and eat savory dishes by the open windows. This is a welcoming community. This is Kaldi’s Coffee.

In 1994, a Clayton parent, Suzanne Langlois, and her friend, Howard Lerner started Kaldi’s Coffee. They sought to bring coffee to St. Louis and to create a community in the Demun neighborhood.

“At the time in 1994, there was no fun place to go to have coffee. Coffee had not yet come to St Louis. There wasn’t even a Starbucks at the airport. But, in other cities, coffee houses were where you went to hang out,” Langlois said. “So, we really wanted to create a place for people. At the time when we started it was much more about kind of a location for people to come and hang out something for the community that wasn’t a bar. It was more about that than it was about the coffee.”

Langlois and Lerner not only chose the Demun location for the urban environment and pedestrian traffic, but they also wanted to welcome individuals from all cultures. “We also liked the fact that the East end of Clayton always had a lot of people come from other countries, and they work at Washington University or the Medical Center,” Langlois said. “We appreciated that influence because, particularly people from Western Europe, coffee houses are part of their culture.”

Soon, Kaldi’s Coffee started to grow, branching into a roasting coffee business inspired by the coffee in a cafe at the University of Missouri. “There was a little cafe. Tiny, tiny it was like a coffee window practically in downtown Columbia, and we loved the coffee there,” Langlois said. “We drove down and talked with them. We said, “how do you get your coffee to taste so good? What beans do you use?” And, [the owner] taught us a lot, and told us the name of his roaster, and that roaster was in Kansas City. So, we started buying coffee from this very small hand roasted operation in Kansas City. We quickly became their biggest customer. So the roaster their called us up and said “you guys should roast your own coffee.” So, we bought a coffee roasting machine.”

In less than a year, Kaldi’s began selling their roasted coffee to other local businesses in Clayton. “We roasted coffee in the store for a couple of years. And then chefs from restaurants starting coming to us and asking “can we buy your coffee?” That’s when we started our second business — the roasting business,” Langlois said. “We started roasting coffee in addition to our own store for other businesses. We started a second branch roasting coffee for other businesses, and they both took off. [Kaldi’s] was first inspired by the idea of community and then, second, it was inspired by the idea of getting good coffee out here in St. Louis.”

With Kaldi’s Coffee expansion over the years, Langlois remarked that Clayton is also experiencing an increase in restaurant businesses and entertainment. “Certainly downtown Clayton used to be very sleepy,” Langlois said. “Clayton was very deserted after five, a lot of government workers. But, now the restaurants keep people there and bring people in, and that used to not be the case. When you have a lot of restaurants all together it becomes a destination for entertainment. But, when you have a whole bunch of them it’s a lot more lively, and we’ve noticed the same thing here.”