The Dangers of a Liberal Bubble

When you imagine the best learning space for young people, what comes to mind? I think most would agree that an open-minded, inclusive space comes to mind.

Due to this disproportion, a lot of Clayton is shielded to the opposing viewpoint, that of a conservative.

At Clayton High School, the majority of students side more with the left end of the political spectrum.

Liberals pride themselves on being the accepting and open-minded group. If they want to call themselves accepting, they must accept everyone including those with different political beliefs.

While students are entitled to speak their mind about their political beliefs, teachers do not have the same ability. Teachers can drastically influence the growth of students.

In many cases, modern day political events have little to do with the material teachers are tasked with teaching.

In the cases that politics are involved, the teacher has the responsibility of presenting the facts and keeping their personal bias out of the presentation.

One’s political beliefs should be their personal beliefs. When a teacher presents their own opinions as it pertains to politics, this can greatly influence the personal decision that young people should be making on their own, solely based on the facts presented to them.

The trouble with Clayton High School’s liberal climate is that it is not representative of the world in which most students will one day live and work.

In the climate of Clayton High School, students with liberal beliefs routinely do not face any skepticism or criticism of their beliefs. On the other hand, a conservative comment in most cases cannot go undisputed. But, at the end of the day, this benefits the conservatives at Clayton who must constantly learn to defend their beliefs and argue for what they deem to be right.

One of the goals of Clayton High School is to prepare students for the real world. However, the real world is not a liberal community with no opposition to their beliefs.

The true bubble in Clayton is not one of affluence. The real bubble that exists in Clayton is the bubble of liberals with very little opposition from conservatives.

Opposition must exist. People must have the ability to compromise.

As observed in Hitler’s Nazi Germany where he imprisoned those with political views contrary to his own, a lack of opposition causes radical beliefs to manifest.

If Clayton High School students are not exposed to differing political viewpoints, they will be in for a rude awakening. 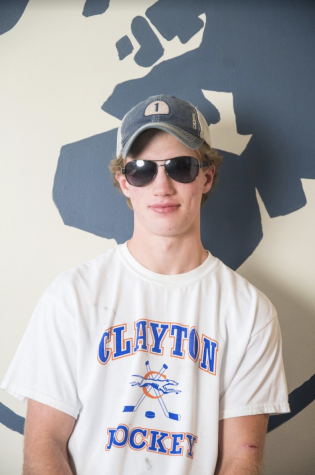 Damien Stahl is a senior at CHS and a reporter for the Globe.  This is Damien's third year on the Globe staff. He joined the Globe to become further involved with the Clayton...