Nearly two years ago, an initiative led by former Mayor Francis Slay and visionary investors, brought forth a plan for St. Louis to not only acquire an Influx of cash but to become an innovator in the aviation field.

Just last month, the city declared that it is moving forward in its plan to privatize St. Louis Lambert International Airport by meeting with a team of consultants to “discuss sealed bids and related documents.”

Airport privatization is a contemporary idea in the United States, with Lambert being the second privatized primary airport if the plan moves through following San Juan Luis Muñoz Marín airport in Puerto Rico that underwent privatization in 2012.

Our aviation infrastructure is comprised of the Air Traffic Control (ATC), managed by the Federal Aviation Administration (FAA) and the commercial airports owned by state and local governments.

Consequently however, there has been increase in aviation on a projected growth of 3.4 percent per year brought on by increases in airplane technology, safety, and afford-ability. However, this increase in volume has overwhelmed the outdated ATC and has lead to over congestions and frequent delays.

To support this heavily used infrastructure, American airports and the ATC rely on federal taxpayer subsidies as a primary source of funding.

However, in Europe, the model of the city having ownership of the airport and leasing it to a private operator, as proposed for Lambert, is common, with 47 percent of airports in the 28 European Union countries being private with Australia, New Zealand, Mexico, and Brazil following by privatizing a majority of their airports.

In these privatized locations, the ATC has been reorganized to become independent organizations from the government and the airports rely on revenues from travelers, airlines, and other hospitality and concession corporations.

Airport privatization has worked incredibly well aboard for many reasons and America should look across the pond for inspiration to revamp public interest and approval of airports.

The Journal of Economic Literature found that “benefits of privatization include greater operating efficiency, improved amenities, and increased capital investment.”

These improvements would serve great help to America where the American Society of Civil Engineers recently reported an abysmal grade of D in a recent report.

Other government services such as the postal service have trended towards gross incompetence and failure to reform with the ever evolving world due to a lack of free market competition.

Privatization has shown in instances such as Britain to revitalize the aviation industry by increasing competition between privatized airports leading to “significant volumes of investment in necessary infrastructure, higher service quality levels, and a commercial acumen which allows airport operators to diversify revenue streams and minimize the costs that users have to pay” according to a study by the Airports Council International (ACI).

In an industry where timeliness is essential for success, the efficiency and productivity of the management team is crucial. Research from Oxford University in a study of 109 airports worldwide found that management were more passenger friendly at privatized airports and had increased productivity than their government bureaucrats.

Lastly, the opening of airports for private investments will increase the amount of private aid available to handle the high costs of airport remodeling and maintenance and can move the financing and risk management away from the hardworking taxpayers and towards financial experts in the private sector.

St. Louis is in a demanding situation as our airport has experienced a growth of travelers by 10 percent in 2016 and government funds do not increase proportionally as a region grows.

Useless government regulations have not helped in aiding our cities airport.

St. Louis is looking for other incentives to raise its appeal, but FAA regulations say that airports must use “non-aeronautical revenue” to pay for those incentives and privatization can eliminate some of these horrible regulations that are hampering the progress of our city.

Ultimately, the privatization of St. Louis Lambert International Airport can serve as the model needed in the necessary shift of moving the airport industry towards private enterprise that is necessary to evolve with today’s fast paced, market based economy and overcome the crumbling infrastructure facing our current airports. 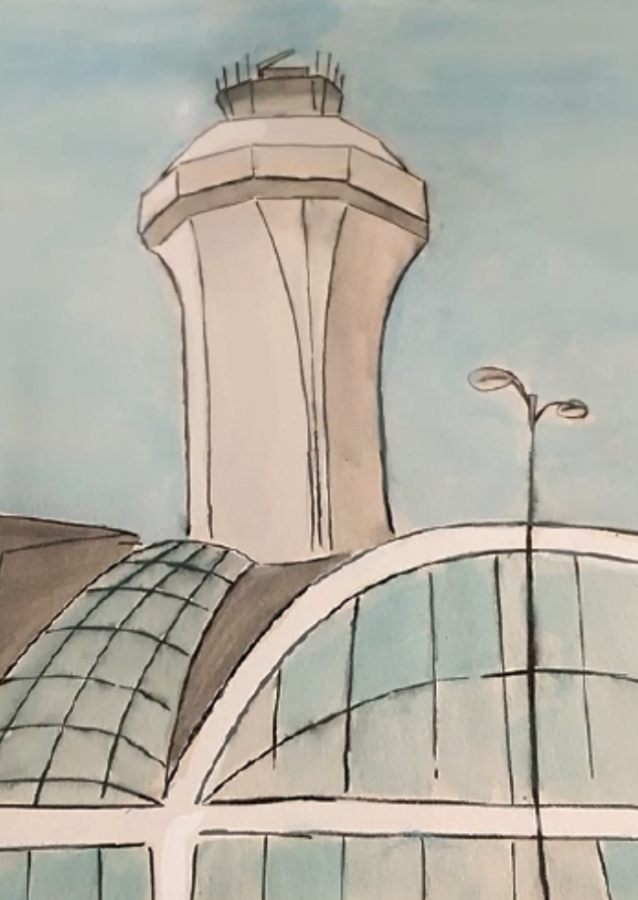 St. Louis is currently in the process of deciding whether or not to privatize St. Louis Lambert International Airport.

This idea was first suggested by previous Mayor Francis Slay and is now being continuously investigated and advocated by current Mayor Lyda Krewson. This push is primarily motivated by the belief that the airport has continued to struggle since its loss of hub status for TWA and American Airlines in 2003.

However, since then, the facts have shown the opposite.

The upgraded rating represents that the airport is doing for St. Louis what it should do: providing a steadily increasing stream of revenue for the city.

Lambert Airport, according to their ratings, is financially stable and facing very little in the way of competition from other airports. Thus, if left alone, all the current data on Lambert shows that the future should mirror the continued improvement of recent years. In 2016 alone, the number of passengers traveling through Lambert increased by 10 percent.

This data begs the question: why fix what is not broken?

The benefit of privatization is said to be hundreds of thousands of dollars that could be brought into the city. However, this benefit has not been presented to the city in any sort of quantifiable way.

When the airport currently has so much evidence that its current system is functioning better than ever, any suggested “improvements” to its structure must be brought to the table only with explicit long term plans that show benefit for the city.

As of now, no such plan exists.

In a city that is desperate for more cash flow, the offer of privatization is a tempting one, but with any offer such as this one comes risk.

There is unnecessary risk involved in the city relinquishing some of its power to a for-profit private entity whose actions are influenced very little by public interest.

Privatization can work well when it is incorporated into a competitive industry in which competition will naturally discipline managerial behavior; however, there is little to no competition among airports.

So why take a size-able risk for only the chance to improve a city asset that is already stable and making gains on its own?

Privatization of Lambert Airport would mean selling the airport to the highest bidder without limitations or competitive motivators to regulate how the money brought in was spent. The issue is less the overarching value of privatization, but in which cases the conditions are such that privatization will set up business owners to be inclined to act in the public’s interest. In the case of Lambert Airport, the lack of competition makes this inclination exceedingly unlikely.

Historically, privatization has been beneficial for cities on a very short term basis.

The initial boost in revenue from the sale gives the city a temporary surplus of cash to work with, but this potential temporary gain is not nearly enough to overthrow the current evidence of long term growth if the airport remains public. 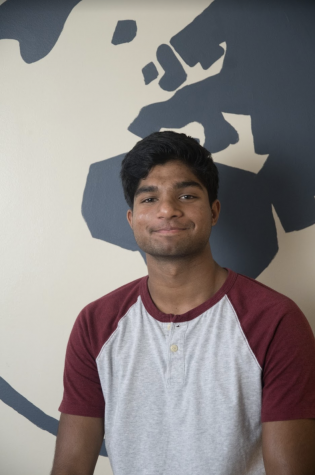 Neel Vallurupalli is a senior at Clayton High School. This is Neel’s fourth year as a Globe staff member. He was a reporter in Freshman and Sophomore years, and now he is in...

Mariclare Gatter is a senior at CHS who has been on the Globe staff since freshmen year.  Mariclare is proud to be a Globie because she loves being a part of the tight-knit... 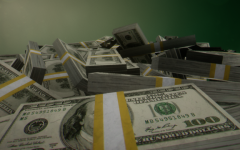