Pro: The Use of Police Force

In the New York Daily News on Aug. 23, 2014, John Paolucci, a retired detective sergeant from the New York Police Department, wrote a commentary defending the use of police force. In the article, Paolucci emphasized a point that many civilians tend to overlook: street cops constantly find themselves in positions where they are fighting for their lives.

With the recent events that have taken place in Ferguson, as well as the recurring use of the banned choke hold in New York, the use of police force has come into question. Is it alright for police officers to use force against civilians in a society that values “innocence until proven guilty?” For many, the answer is no.

In his article, Paolucci detailed an event where, upon a suspect resisting arrest, he fought the suspect and ended up having him face down on the concrete.. The suspect said he couldn’t breathe, and so Paolucci released the pressure on the suspect’s back. As a result, the suspect escaped Paolucci’s hold and not only cracked Paolucci’s jaw but also began to flee the scene, getting a head start on Paolucci.

While this incident did result in the successful arrest of the suspect, it is essential to emphasize that the suspect attacked and injured Paolucci. This isn’t the only time Paolucci was injured by a resisting suspect – during another arrest, he sustained three herniated cervical discs and, to this day, suffers pain from the injury.

Police officers use force because they feel they have to, not because they want to. Although police departments are not infallible, with the occasional unjustified use of force or violence, it is almost cruel to expect police officers to not use force when their lives are in danger.

Police work is a dangerous field, and prohibiting officers from using force simply makes it more dangerous. The only way to ensure a successful arrest and the safety of the officers is to permit police officers to use force in times when they feel as if they have no other option. 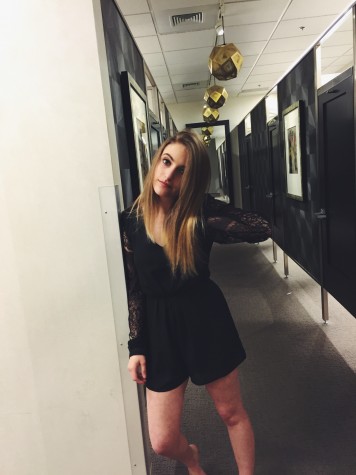 Rachel is a senior and a copy editor for the Globe. She enjoys reading, marathoning Harry Potter and Lord of the Rings, long walks on the beach, and music. She is also on the...

Con: The Use of Police Force

In the light of recent and distant events in Ferguson and around the country, the use of police force is more prevalent than ever. What is certain is that some force will always be necessary for the sake of order, but what cannot be denied is what has caught people’s attention most of all – the use of excessive, at times deadly, force in situations that do not warrant such a response. This is compounded by the little action that has been taken to discipline police officers who are seen using excessive force, as well as by the rampant racial discrimination associated in these instances.

One example of this is the $1.25 million the city of Chicago is paying the family of Jamaal Moore, 23, who was shot and killed by police while unarmed. Moore was gunned down after his car matched the description of one involved in a robbery. After a brief chase,  Moore was run over by a police cruiser as he left his vehicle. As he crawled out from under the car he was shot several times, as the police believed he was in possession of a firearm.

Another example is when a New York Police Department officer was filmed using a choke hold on an unarmed man, Eric Garner, resulting in Garner’s death. Garner was believed to be selling untaxed cigarettes when the officers attempted to place him under arrest. The officers were then punished – the one who killed Garner was fired, and the one who held Garner down was placed on desk duty with no criminal charges.

There are a number of other instances involving excessive police force. For example, an unarmed airman, with his hands up, was shot in the stomach after a minor traffic accident. An unarmed fleeing robber was gunned down as police from one department misinterpreted shots being fired by another department as live ammunition.

The use of police force needs to be better regulated with consequences for officers that use excessive force – not just the ones that cause a scandal with their actions. The way things are now is that if an officer believes his life to be in danger, then he can shoot to kill. The con of the status quo is that innocent civilians have been killed and the police are rarely held accountable in situations where they abuse their rights. Reform has to be taken not to remove the use of deadly force, but to temper it to the point where cops can’t just shoot people that scare them. Furthermore, police departments must be held accountable if it is deemed an act of reasonable self defense. 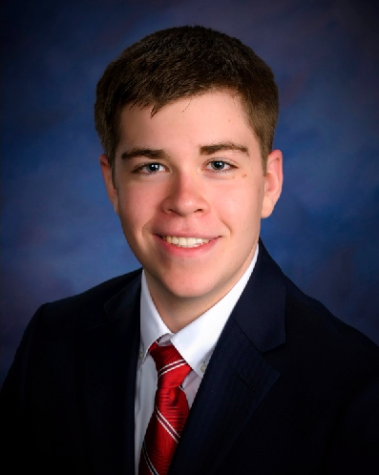 Zachary Sorensen is a senior at Clayton High School. He joined Globe to become a better writer and this is his fourth year. He currently is a opinion section editor and also participates...