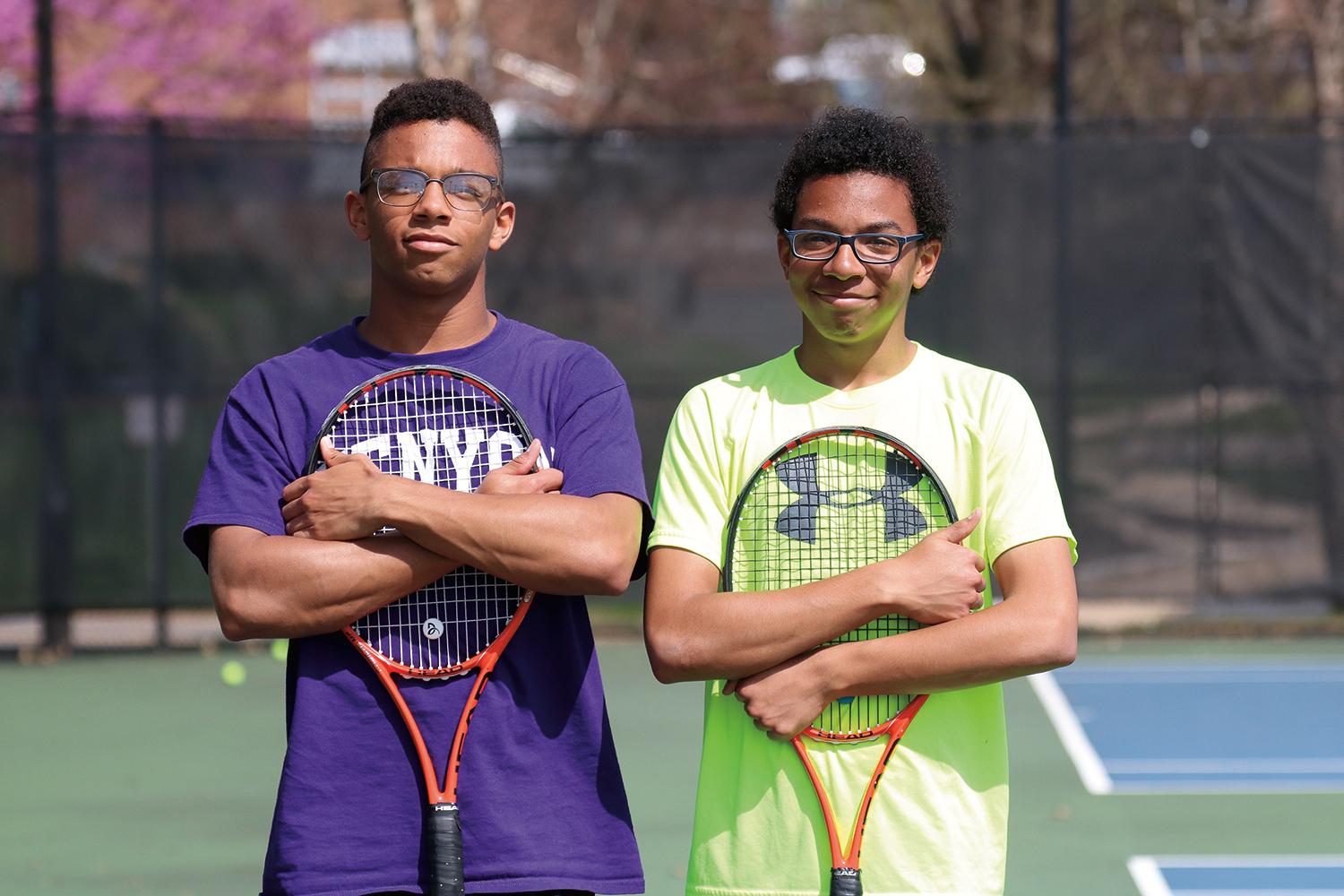 Q: What inspired you to start playing tennis?

Andres: My dad is a tennis coach and from a very young age I loved playing tennis.

Angelo: My dad was a collegiate and a pro level tennis coach. You’d think I would want to start playing at a younger age but it wasn’t until around 8th grade that I realized that I wanted to play tennis. [This] was probably a result of being around my dad so much and seeing how the sport affected his life.
Q: How does playing on the same team change the dynamic of your relationship?

Andres: I wouldn’t say we’re more competitive but there’s definitely more to talk about between us. He treats me like any other teammate.

Angelo: So it’s not really different because we’ve been in this position for a long time. We’ve both been brothers, we’ve both been playing the same sport, there’s been competition between us in practices when we play together, so we bring that atmosphere onto the court with the rest of the team. You can see in practice that we’re both working hard and setting a standard for the rest of the team.
Q: What do you enjoy most about tennis?

Andres: This would probably be other people’s least favorite thing but I like the competition because my dad always says tennis is a mental game, and you [have to] be there mentally and physically to play good tennis. I think there’s always a lot to learn when you lose and no matter how good you are there’s always something to improve on.

Angelo: Tennis is a really challenging sport that pushes me to be better every single day. You have to be completely on top of your mental game, you have to be calm, collected and smart. At the same time you have to be gritty and tough, and you have to be able to withstand 2-3 hour matches. It’s tough and it makes me appreciate at the end of every match regardless of whether it’s a win or a loss that I am out there, and I’m fighting as hard as I can.
Q: How much does having a family that is very involved in tennis help you as a player?

Andres: A lot because sometimes we do family tennis outings and have a lot of fun. My dad always works with me and gives me advice on what to do better, and as a family we love tennis so that helps me a lot.
Angelo: The biggest resource I’ve had in my tennis career is my dad. It’s awesome because I don’t have to go to a club or a tennis academy every day to get better. I have a pro with all the knowledge living in my own house, and I just absorb all of his knowledge.
Q: What are some long term goals that you would like to achieve in tennis?

Andres: We’re probably headed to state this year as we have easy districts and I would like to win that. I also definitely want to play on a college team and keep winning tough matches against other schools.

Angelo: I want to reach my potential in college because it will be my first time that I am completely enveloped in a high intensity program. Hopefully [I will] qualify for the NCAA championship and [that the Kenyon team] advances and possibly win a NCAA championship.
Q: What is your greatest achievement in tennis?

Andres: [A couple years ago] I won a tennis tournament and it was the first one that I won. I think I had to win four straight matches to win, and I was really proud of myself for that.

Angelo: I don’t really want to say what my greatest achievement is because I’m still striving for it. There’s not a particular moment that I’m super proud of because everything that I’m working towards is a goal that I have for the future. I want my greatest moment to be winning a state championship for the Clayton Greyhounds this year.
Q: What is your greatest strength as a tennis player?

Andres: I think my greatest strength as a tennis player would be my perseverance and will to fight to the end. I’ve been getting better at staying focused and more in the moment during a match. Because of that I’ve been winning tough matches.

Angelo: My greatest strength is my grit. I know that no matter how much of a deficit I’m down, I can still fight back because matches in tennis aren’t over until the last point is scored because there’s no mercy rule and there’s no time limit. So I’ve been good at fighting all the way through until the end which is one of my favorite things about my style. 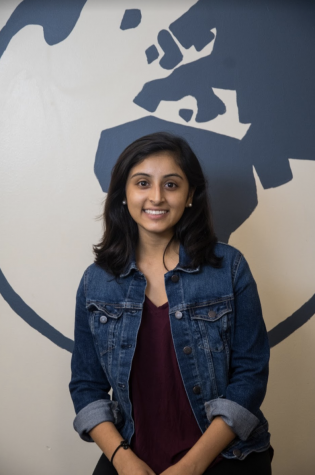 Isheeta Khurana is a current senior at CHS and this is her first year as a Globe member. She joined because of her newly found interest in photography. She loves taking pictures...