A Captain science teacher wins the Presidential Award for Excellence in Mathematics and Science Teaching. 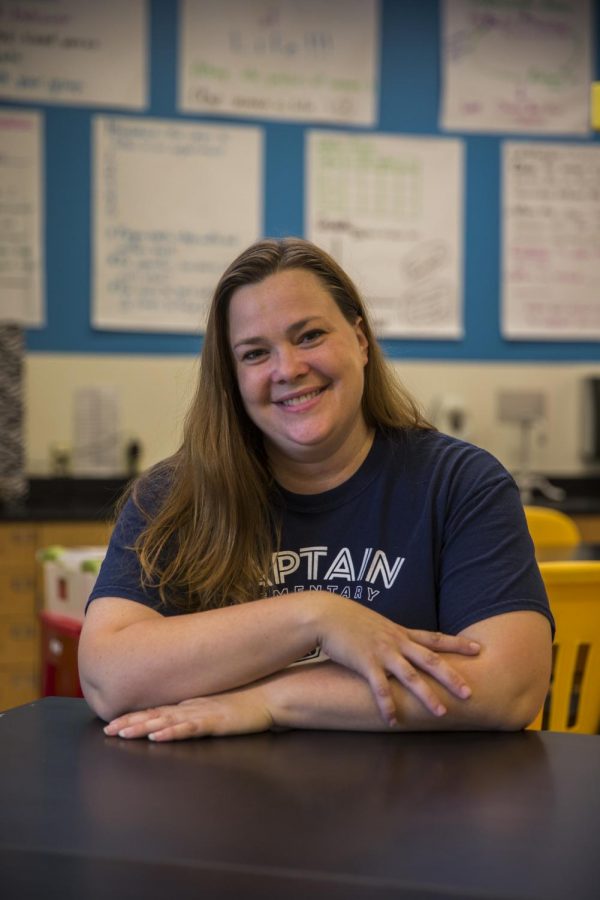 Chris Hwande in her classroom at Captain Elementary School.

The first step that Captain Science Specialist Chris Hwande had to take in receiving the Presidential Award for Excellence in Science and Mathematics Teaching was to keep a secret.

In fact, Hwande was aware of her incredible feat nearly a year before the ceremony actually took place in D.C this past June, and was allowed only to tell immediate family members.

Perhaps the reason for this secrecy is the mere fervor of the award, which is granted to two teachers in each state that are recognized for outstanding teaching in fields of science or mathematics.

While the award came as a humbling surprise for Hwande herself, her colleagues in the district know that her lifelong work in the science field brought her deservedly to this major success.

Although her name is now a token of pride for the School District of Clayton, Hwande’s passion for science began as a little girl traipsing through her backyard and making discoveries.

“I grew up in a household where science was kind of a big deal. We had woods and a lake behind our house so we were outside a lot in nature,” Hwande said.

Hwande also owes a large part of her success to her mother, who is currently a retired teacher after working in elementary gifted education with an emphasis on science.

“She really pushed our thinking. She would do logic puzzles with us, and create opportunities for us to be inquisitive. And so I think a big portion of that is just the way I was brought up, specifically from my mother and how I watched her teach. I would go in and help teach summer school during my high school days, and that kind of thing. So I had a great role model and I had a great background,” Hwande said.

Not only did she have a passion for science herself, but Hwande’s inclination to work with the science curriculum also stemmed from other teachers’ lack of passion, and even resentment, for science.

“When I became an elementary teacher, I realized that science can cause a lot of angst for some teachers. It makes me sad that people feel uncomfortable teaching science, or they feel like they have to have all the answers to teach science. And so really early in my career, I realized that science education was going to need to be where I put my focus, because that’s where I felt like I could be best utilized,” Hwande said.

Her focus on science has brought forth many new programs that are now influencing students throughout the district, most notably, her institution of “science notebooking,” which serves as a robust alternative to copying notes down from the board. 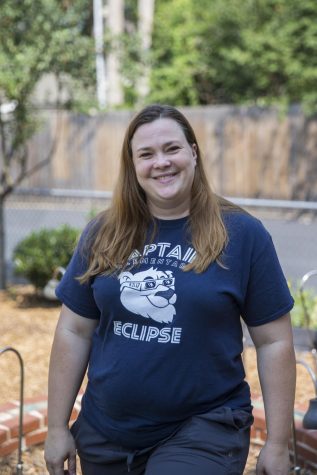 “We wanted to approach [note-taking] a little bit differently. Sometimes we ask them to predict, sometimes it’s a recording of what they have found out, sometimes it’s a reflection of what they’ve learned. The goal is to get kids to realize that you can use your notebook in a variety of ways, and that the way your brain thinks, the way you process information, will show in your notebook. Notebooking is not a measure of your success, it is just a tool of your learning,” Hwande said.

Notebooking has been an integral part of another of Hwande’s successes, known as The Box Turtle Project. The project involves a partnership with the St. Louis Zoo in which third grade students study the form and function of box turtles living in Forest Park as a part of the Structures of Life unit at Captain. The project encompases lots of important research, and is a big hit with the students.

“That partnership has been really great for the kids, so much so that the kids who have done it have begged to do a box turtle club after school. Over the last two years we’ve had our Captain Box Turtle Club that has gone over five weeks in the fall and five weeks in the spring to find our box turtles over in Forest Park. They have little transmitters on their back that send out radio signals and we use a giant antenna, usually to go find Georgette,” Hwande said.

Georgette, the three-legged turtle with mycoplasma who was not expected to survive the winter has become a new mascot for Captain Elementary, and The Globe is happy to report that she is alive and well.

As far as the award ceremony itself, Hwande was in awe at the glamour and formal nature of the reception, but was more impressed by the accomplishments of her fellow reciepients she was able to meet while there.

“To be in a room with that many passionate educators who are specifically passionate about the same things you are passionate about, there was this kind of rejouvenating energy that was just there. To be able to share those experiences and get new ideas, that was probably the best part of it,” Hwande said.

Guest speakers at the reception included an astronaut, the director of NASA, and the head of the Smithsonian, where the reception was held.

Hwande came away from the reception excited about the work she and her fellow recipients are doing to evolve academics.

It just got to that point where I was like ‘Wow! I’m having conversations with people who are making huge decisions in science for the nation!’”

“It just got to that point where I was like, ‘Wow! I’m having conversations with people who are making huge decisions in science for the nation!’ It’s one thing to have some conversation here at Captain, or here in Clayton, or even here in St. Louis or Missouri, but when you’re looking at the decisions that are going to be influencing every child across the country, it kind of just hits you, and it was humbling and wonderfully exciting all at the same time,” Hwande said.

Hwande and her colleagues are currently working with the NSF (National Science Foundation) to improve the five year plan that just began its new cycle. The plan is based upon moving S.T.E.M forward in the next five years.

The work they did over the duration of the days-long ceremony brought Hwande and her colleagues closer as a group, and they continue to communicate about their prospective projects.

“We still share ideas and ask questions. It felt like when you’re a kid and you go to camp, and you’re with those kids for a week. You build these fast bonds because you’re with each other 24 hours a day.,” Hwande said.

Although they have gained her much recognition within the district, Hwande’s many projects and awards will not be her main focus moving forward.

“They’re icing on the cake. I think the true heart of the success of science is based on a good curriculum, good teaching practices, and the ability to work and do science. People can read about science and that’s great. But if you can’t do science, then you can’t use it. So my goal has always been to get kids doing science as much as possible.” 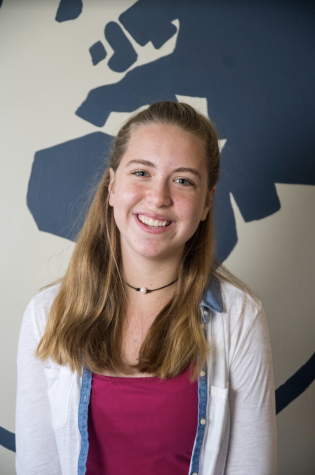 Sara Stemmler is a eleventh grader participating in her third year on the Globe staff and is the Feature Section Editor. Sara is currently a member of the CHS Tennis Team and Track... 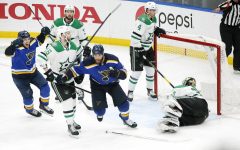 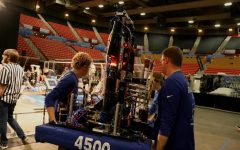