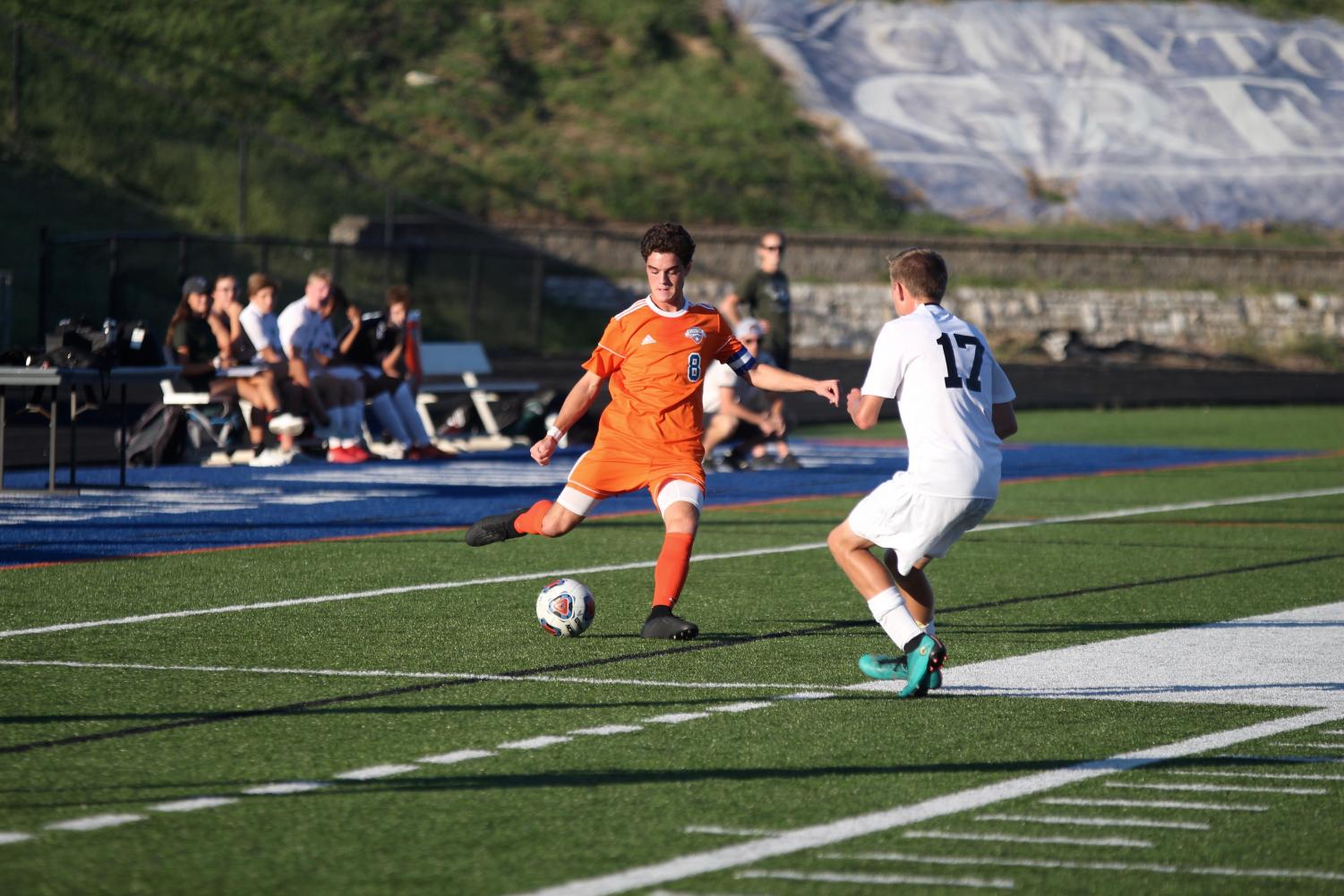 Dulle (8) moves to kick the ball past an opponent from Pattonville during their game on Sep. 12. The hounds defeated Pattonville and won the game 6-1. (Lauren Wolff)

Dulle (8) moves to kick the ball past an opponent from Pattonville during their game on Sep. 12. The hounds defeated Pattonville and won the game 6-1.

Boys' Varsity Soccer captain James Dulle recounts his soccer career and his path to bring success to the Greyhounds this season.

“In the quarterfinal game against Panama I went to shoot the ball but a player fell on my leg. I ripped my hamstring away from my pelvis, and I was out the entire summer,” CHS senior varsity soccer captain James Dulle said.

Athletic genes run deep in Dulle’s family. His uncle, Mark Dulle, played collegiate soccer for Indiana University and played on the United States National Soccer Team. Joey Dulle, James’ brother, was a state-ranked tennis player throughout his childhood and played tennis at the University of Redlands.

From a young age, Dulle showed that he possessed these athletic genes too and played basketball, baseball, tennis, soccer and flag-football. However, he found a passion in soccer and decided to further pursue the sport by playing for a club team.

“I joined Scott Gallagher in third grade. I moved up playing with the academy program during middle school and I’ve been on the elite program all through high school,” Dulle said.

“In 6th grade I realized that I was able to play soccer at a higher level than I was at most other sports, and I really enjoyed just competing at the highest level possible.” Dulle said. “So I started training every day at my house. I would be outside for three hours a day working out because I wanted to be the best in St. Louis.”

Dulle’s brother and father have also served as sources of inspiration and motivation for Dulle to become the best he can.

“My dad really pushed me to always train and have the right mindset when going into a game. He raised a culture of success in my family. My brother has motivated me because he won state twice in tennis and made state every year in high school. My brother was the best at his sport, so I want to be the best in my sport. It’s like this competition in the family,” Dulle said.

Throughout middle school, Dulle saw great improvement in his soccer skills. He began to play in the Arsenal soccer program, which was an elite soccer club for young teens in St. Louis and was connected to a professional soccer team in Europe.

“The coaches for the professional team in Europe would send my coaches the drills and training to do. We even had a nutrition plan to follow. It was basically a youth academy from England in St. Louis,” Dulle said.

The Arsenal program also gave Dulle an opportunity to play with and learn from other highly skilled players, a few of whom now play for the United States National Team.

As he entered high school, Dulle had to decide whether he wanted to continue playing in the Arsenal program or play for CHS’s soccer team. He decided the latter, and the rest is history.

Dulle caught the eyes of Tom Redmond, the CHS boys’ soccer varsity coach, and as a freshman he was selected to play and be a starter on the varsity squad.

Even as experienced a player as he is, Dulle encountered learning curves with high school soccer compared to club soccer.

“My freshman year I really thought high school soccer was going to be a technical game. I expected there to be more skilled and technical players who knew how to play the ball, but it was actually a more physical game than club soccer,” Dulle said.

Dulle continued to be an important asset for the hounds during his sophomore year.

However, since he was recovering from an injury from the off-season, he could not play to his full potential during the 2016 season.

Dulle returned in his junior year healthy and eager to lead the team as an upperclassman. He had a breakout season and recorded 26 goals and 2 assists and was named co-conference player of the year and first team All-State for class 3.

As a senior this year, Dulle hopes to contribute even more to the team than he did last year and has high hopes for the squad.

“I really think that if the guys stick together and continue to work hard in training, we have one of the best chances that the soccer program has had in a long time to win the state title,” Dulle said.

He is the captain of the team along with fellow senior Max Boeger and junior Andrew Matheny.

Dulle hopes that he can use his leadership position to motivate and inspire the other players.

“We have to keep our heads up. If anyone messes up, I will make sure that they move past it. I’m going to try my best to keep the team together on and off the field by leading by example and making sure the guys are staying focused on what’s important,” he said.

After high school, Dulle plans to continue with the sport and play college soccer. He is currently in contact with coaches at University of California at San Diego, Occidental College and the University of Redlands.

“I love soccer,” Dulle said. “I love playing it. I love watching it. I live soccer. I breathe soccer.” 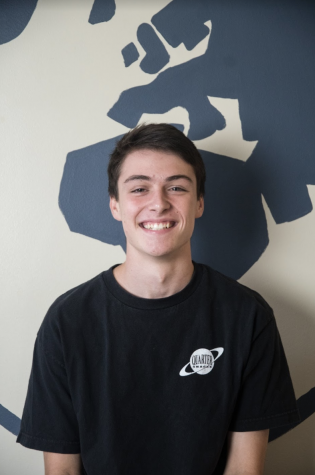 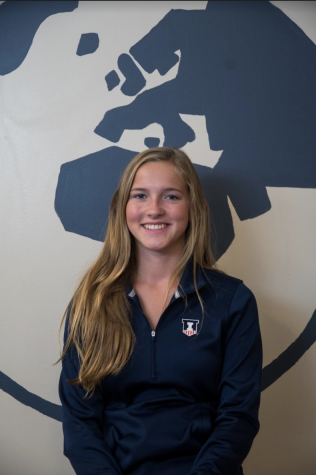 Annika is a junior and this is her second year being a part of the Globe. Annika joined photojournalism because she loves taking photos and getting involved in activities around...