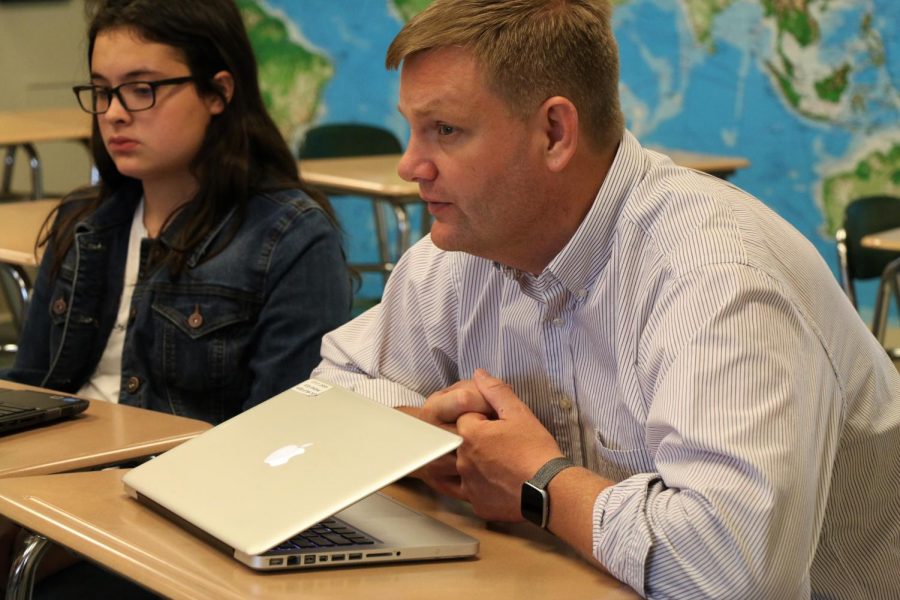 Almost every high schooler in recent years has had their fair share of interactions with the College Board. With the Board controlling almost every major standardized test, including everything from the PSAT to AP Tests, it’s hard to not have at least taken one test that they’ve created. Many students today also know the expenses of paying for their standardized tests most notably AP tests which are around $94 per test.

Even though the College Board resides under the guise of being a nonprofit they still have annual revenues near $600 million and its CEO makes nearly a $1 million in benefits and bonuses each year according to CNN.

Recently due to the fear of fewer students taking the test and due to newer teachers feeling overwhelmed by the amount of information they’re required to teach the College Board has issued significant changes to the AP World curriculum. The initial changes included removing around 8000 years of human history and starting the course in 1450. The content removed would include, but not be limited to, the Neolithic and Paleolithic revolutions, the classical empires of Rome, Greece, and China, the origins of the world’s major religions, and the history of pre-colonial Africa and the Americas. AP World History Teacher Dr. Paul Hoelscher initially described his displeasure with these changes to his 2017-2018 AP World class after they were announced.

“If we begin history at 1250 or 1450 we miss a lot of non-western locations and if someone were to go with these changes, it suggests that world history begins with the rise of the West and it negates the significant non-Western cultures in the Americas and Africa. You still get some of the interactions with Europe and Asia and you still get some of the Asian empires but you’re missing so much of non-western history that is fundamental. Also if we’re going to look at the length and continuity of western Europe I don’t know how you teach world history without Greece and Rome, I don’t know how you get to the scientific revolution and things that become part of modern European society without those early elements.”

Fortunately, these changes didn’t go uncontested as Hoelscher has talked about the numerous efforts by different groups to revert the changes.

“The original changes were to cut periods 1, 2 and 3 which make up the first third of the curriculum and as opposed to starting with the dawn of mankind and the Neolithic revolution, starting in 1450. There was from May to July there was a lot of backlashes, a lot of teachers who were upset, and there was a lot of formal responses such as groups like the American Historical Association of Professors and some of the authors of the textbooks and other teachers who’d written the class.”

After many efforts by educators and groups the starting date has been pushed back to 1250 but Dr. Hoelscher still feels that it should be pushed back even farther. Despite the apparent downsides there are some upsides to these changes, newer teachers and younger students will have an easier time covering the content and taking the test, however, these upsides don’t outweigh what will be subtracted from the curriculum.

Hoelscher has stated that he still will continue to work with the College Board and hopes to be an agent of change but he also has stated that if he feels that they keep making changes that he fundamentally disagrees with he will have to stop working with them. He also said that despite these changes he still plans to teach the class in a somewhat similar way.

“I’m going to teach the class the same way as it has been. I made some adjustments this summer and I took some days out of the early units and put more focus on some of the later units but as a whole, I’m going to try to do as much as possible.”