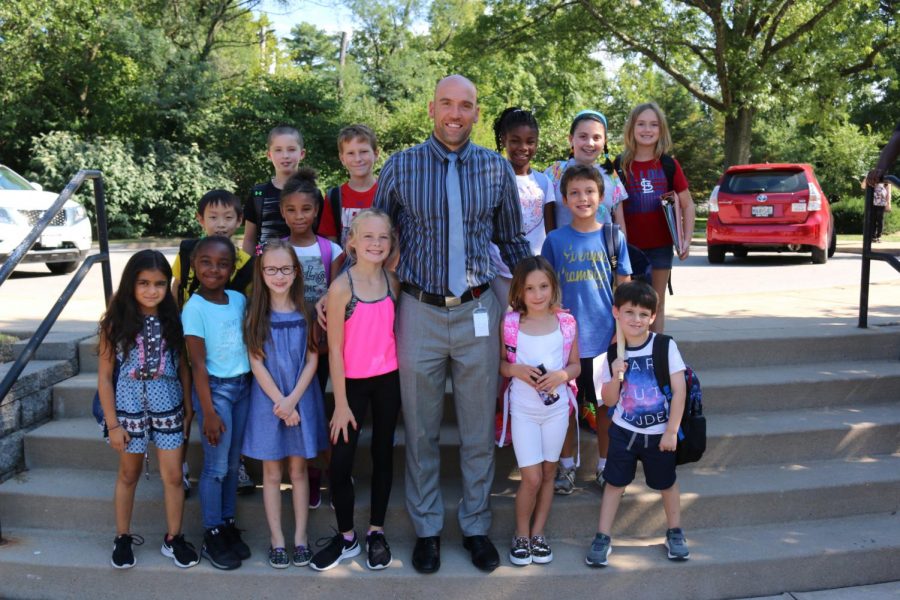 Patrick Fisher stands outside school smiling with some of his students

Patrick Fisher's unconventional path into the world of education

Patrick Fisher, who is certified in elementary education with a philosophy degree, masters degrees in school counseling and education administration and who is currently working on his doctorate in educational leadership, is a college dropout.

During his time at Illiopolis High School, Fisher, the new principal at Meramec Elementary School, was only motivated to attend classes every day because he knew that he would not be allowed to play sports if he did not attend class. Throughout high school, Fisher didn’t enjoy learning. He felt as though teachers would ask him to jump through hoops over and over again until he would comprehend the material, but he never understood why the material was important.

For me as a learner and for me as an educator, we can’t forget that it is really about ‘why’ we ask people to do things that motivates them to do it”

Fisher attended Southern Illinois University Edwardsville (SIU-E) to play basketball. During his sophomore year, he injured his leg and was no longer able to play sports. Fisher discovered that without sports he did not know where he wanted to go with his life and began giving up on his school work. “[I loved] having a common purpose and common goal that being on a team gave me,” he said.

After failing in college he began to notice himself caring less and less about his life. Fisher recalled sleeping on a pool raft in his friends living room and working a temporary job at Rent-A-Center. Fisher decided he needed to move on and go back to college. He says one of his biggest motivations was his parents.

“[My dad] would tell us that he wanted us to have a profession, a career, something that gave us more than just a paycheck,” Fisher explained.

With newfound inspiration, Fisher attended Lewis and Clark Community College to retake certain classes, then continued his learning at SIU-E to get his philosophy degree. He then advanced to the University of Missouri St. Louis to get the rest of his degrees. 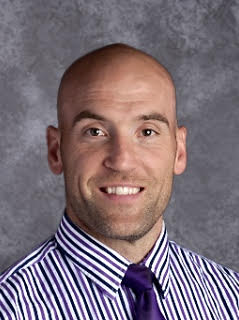 Throughout Fisher’s unconventional path of education, he realized that educators need to focus on the why of what students are learning.

“The biggest thing I got from [high school was] that I think we have to do a better job as educators of making sure that we are engaging all students and letting them see the purpose and the relevance of what they are learning.”

Fisher’s new role at Meramec Elementary comes with more than just managing a school; he has to connect to the Clayton community. He expressed that his biggest worry about being a new principal is being accepted into the Meramec family.  Being at a new school can be challenging. He has to learn everyone’s names and connect to the parents and students. But Brooke Ray, a parent of three Meramec students, has no concern.

“Mr. Fisher is doing a great job. I like the way he is communicating with parents through emails, video blogs, and making himself available on the playground after school. I find him to be forward thinking and approachable.”

Fisher is trying to give students the opportunity to love school in a way he didn’t and the parents of Meramec students are loving it, and they admire the way Fisher is changing being called to the principal’s office to a positive reward.

Ray explains, “I got a call from Mr. Fisher a few weeks ago. Of course, my first thought was: what’s wrong? But he was calling to let me know that my first grader had done an exceptional deed and she was standing with him on speaker phone to let me know. I think he is focused on kindness, positivity, and shining a spotlight on good deeds so that others can emulate that behavior.”