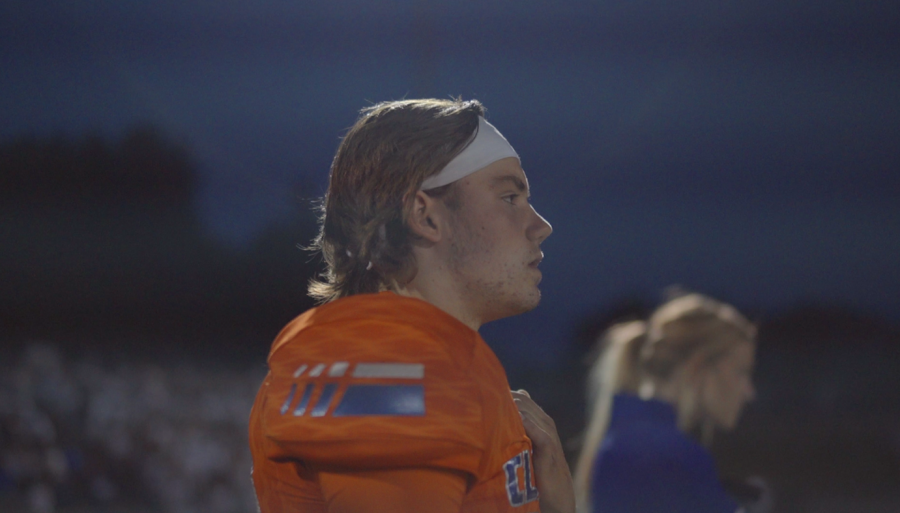 “The helmets give you confidence that you’re being taken care of.” -Ty Sucher, Clayton Varsity Quarterback

“I grew up in a small community where football was everything,” Jason Julian, Clayton parent and former division 1 football player said.

Julian started playing football when he was eight in Knoxville, Tennessee. He came from a football family: his two older brothers both played, and his mother was an athletic trainer. In high school, Julian’s team won the state title, and he went on to play for the University of Tennessee. There, he won two more championships.

Julian stopped playing around the age of 23, but has stayed close to the game since. For the past 18 years, Julian has coached football at both a college and high school level, and now his son, a freshman, plays for Clayton’s team. He has seen how the attitude toward the dangers of the sport has changed and evolved since more research has been done into the long-term effects.

“I can honestly say that I never remember a discussion occurring about a concussion,” Julian said. “I don’t think people avoided talking about it, but you understood that getting hurt was something that happened in football. The concern about that aspect of the game has changed so drastically that it’s actually changing the entire culture of the game.”

Despite decreasing participation in Clayton’s program, football is still the most popular high school sport in the nation, with over one million participants each year. For many students like Julian, football is deeply ingrained in their own family history and culture. Many who do play would not consider giving up the game, despite knowledge of potential dangers.

“It requires a physical, mental and emotional toughness that other [sports] don’t,” Julian said. “Young men to have to dig down, persevere and endure through pain past the level that they ever thought they could go.”

To some players from lower socioeconomic backgrounds, football offers the chance at scholarships and the pursuit higher education. For these students, given their economic situations, a college degree would not even be in consideration if football had not given them the opportunity. However, Julian believes that the majority of players commit to the sport solely out of love of the game and the sense of community it builds.

Until he entered as a freshman, CHS class of 2014 alumnus Paul Kodner had only ever known education in the setting of a private Jewish day school. The switch to a larger public district like Clayton was difficult. However, Kodner began practicing with the football team over the summer and found refuge in the tight-knit bonds he formed with his fellow players.

“Before school even started, I had an entire team of friends who would become my brothers,” Kodner said.

CHS class of 1990 alumnus Ben Holman shares a similar sentiment with Kodner. Holman played four years of football at CHS, then went on to play another four at the University of Pennsylvania as a tight end.

Throughout his career, Holman sustained six concussions; three during his time at Clayton. Despite his injuries, Holman never thought about quitting.

“There is a sense of brotherhood, any time you work hard together towards a common goal, not exclusive to football,” Holman said. “When you are forced through good times and bad together you form a bond like no other.” 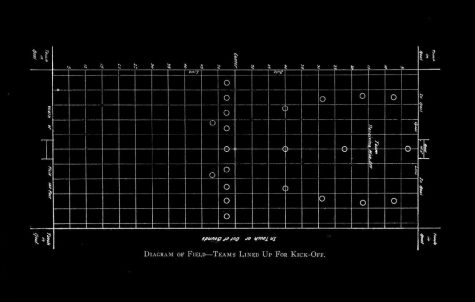 The physical and mental value the players see in football is mirrored by the financial benefit colleges and NFL teams receive. According to the U.S. department of education, in 2017 football was the most profitable NCAA program, netting over $1.7 billion across all schools. This number is over five times times the profit of the next highest-grossing sport, men’s basketball, which only garnered $329 million. Other sports such as soccer and baseball result in net negative profits, costing more than they earn.

College sport culture revolves around football. The sport is idolized through homecoming games, tailgate parties and large parades and is central to the college experience. Unified students inundate stadiums in support for their team. Football has influenced educational institutions in America more than any other sport.

This trend is reflected at a national level. According to marketwatch.com, the NFL generates over $13 billion a year, followed by MLB at $9.5 billion. Football is the truly “American sport.” But this leaves an unanswered question: why?

Maalik Shakoor, CHS class of 2014 alumnus, played football throughout high school. He believes that our society drawn to football because of the reason it is now controversial: the violent nature.

“It’s a gladiator sport, it’s primal, that’s why we watch it,” Shakoor said. “The culture of football has changed a lot, but at the end of the day, it’s like trying to make a gun fight safe. It all comes down to technique, properly hitting, keeping your head up and being safe.”

Click here for a more immersive experience with this cover story.