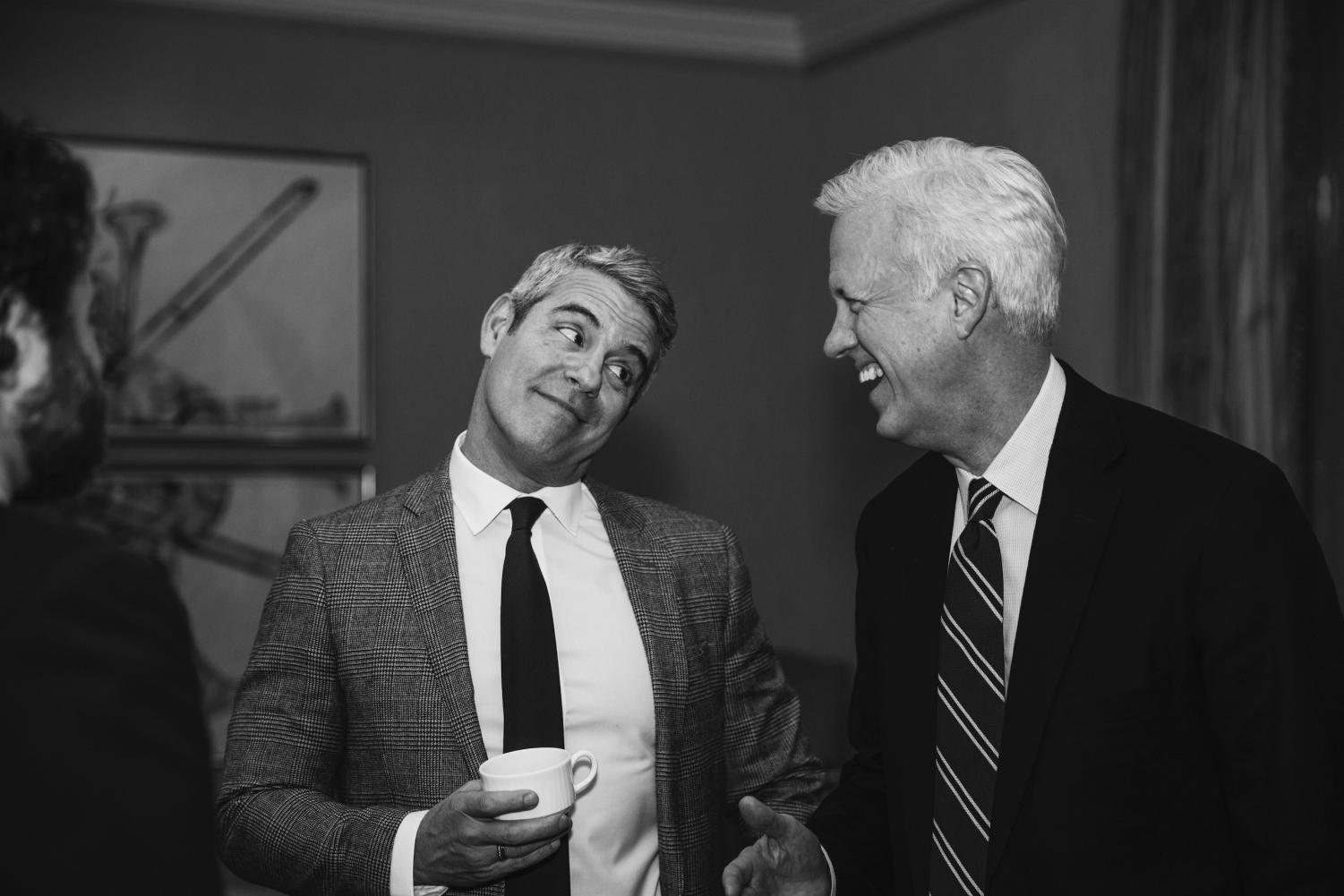 Each Thanksgiving, Andy Cohen, CHS graduate of 1986 and Bravo executive, returns to St. Louis to spend the holiday with his family. While his usual venture home includes family time and Imo’s pizza, this year it came with the added goal of supporting his high school alma mater through the Adzick field renovations.

Clayton’s Education Foundation, the driving force behind the new Adzick field, hosted an event at the Ritz Carlton in Clayton on Nov. 24 to raise money for the multi-million dollar project. Plans for construction include a new multi-sport turf playing area, scoreboard and press box. This event featured Cohen as their hallmark guest.

Cohen may have never tested his baseball skills at CHS, but the Cohen legacy runs deep at Clayton. Cohen, a CHS Hall of Fame member, was one of many in his family that went to Clayton and even still has several relatives still in the district.

Cohen’s own foray into athletics during his time in Clayton was less than fruitful. When he was an elementary student at Meramec, Cohen was sent home from gym class one day because he didn’t know how to tie his shoes. As an 11-year-old, Cohen remembers striking out and losing the final baseball game of the season for his recreational team. During the last water polo practice his freshman year at CHS, Cohen was kicked off of the team for talking.

“It’s kind of ironic we are raising money for the athletic field,” Cohen said. “I sucked at every sport I ever played. But what I lacked in athletic ability I made up for in social skills.”

Academically, Cohen found CHS to have a rigorous environment similar to what students experience today. One year, his biology teacher ripped up his final exam because he heard Cohen talking after the test.

“Talking always got me in trouble. But now I’ve found a way to monetize my inability to shut up. So I feel like I got the last laugh.”

Cohen credits Doris Randolph, vice principal of CHS at the time, with helping him kickstart his career. Randolph helped connect Cohen to an internship at Channel 4 news, which gave Cohen a unique opportunity to get experience working in the field.

“I always knew what I wanted to do when I grew up,” Cohen said. “If you don’t know, don’t be afraid to try different places and internships. You should start as early as you possibly can. Once you get in the door somewhere, it’s going to lead to your next thing and you can figure out whether you like it.” Cohen said.

Although he now lives in New York, Cohen’s ties to his roots in St. Louis remain strong. On his show “Watch What Happens Live”, he has featured many guests from his hometown, including Ellie Kemper, Karlie Kloss and Jon Hamm.

Cohen also remains a die-hard Cardinals fan. He has thrown the first pitch at several home games, invited outfielder Harrison Bader to bartend on his show and even named his dog after pitcher Michael Wacha.

Although Cohen’s own athletic journey may not have been prosperous, he recognizes the value and effect that projects like this can have on the school and its students.

“[My family] grew up with Clayton. If I can somehow give back I will do it in any way I can. It’s going to keep [CHS] a few steps ahead,” Cohen said. “I will look forward to seeing some Hounds baseball on the field sometime soon.”