Are the Hi Pointe Drive In burgers as good as they say they are? 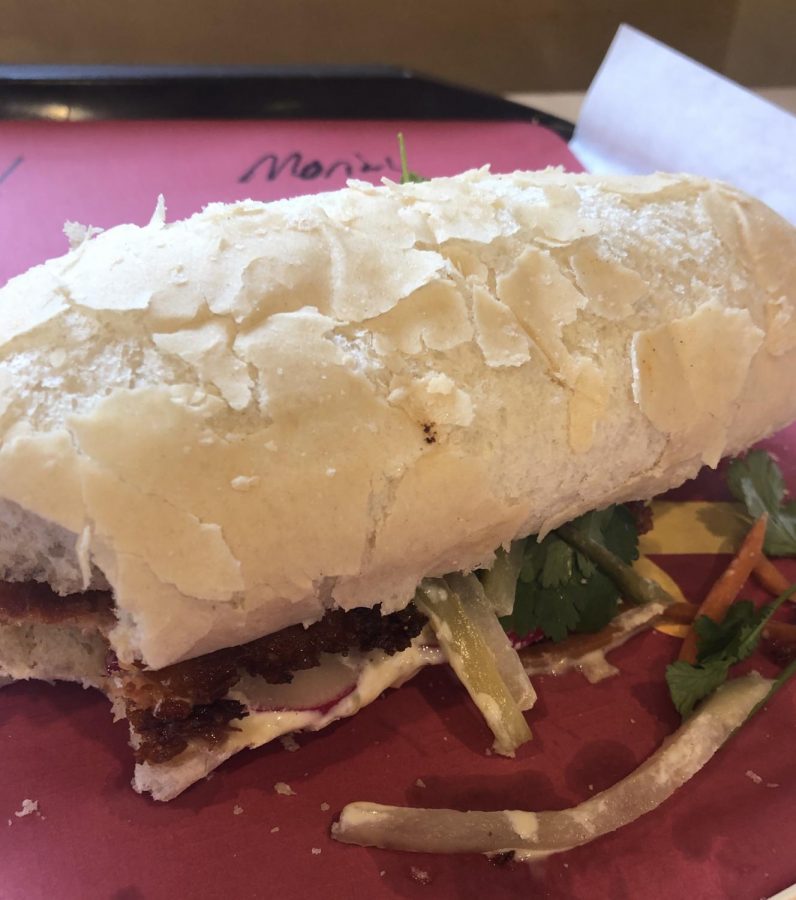 We ordered the salmon bahn mi sandwich from Hi-Pointe Drive-In.

Hi-Pointe Drive-In is located south of Clayton road in Richmond Heights and features a variety of burgers, sandwiches, and sweets.

One of the sides of its exterior is a freight train painted orange and yellow, which matches the chairs in the interior. The color palette overall for the whole restaurant is orange, red, yellow and blue. There are wooden beams exposed on the ceiling and concrete floors giving the restaurant a rustic but industrial sort of vibe.

Walking into the restaurant, you stand in line to order your food off of a large sign hanging above the employees standing behind a counter. They have a large selection of sandwiches and burgers and a few salads in their menu of mostly American food. In addition, they have classic American desserts such as apple pies ($3), oatmeal cream pies ($3) and chocolate chip cookies ($2).

When ordering, the employees were very patient in letting you figure out what you wanted to order. An employee at the cash register read the order back to us to make sure everything was correct. They were very friendly in this process.

As for food, we ordered the Veggie Burger ($10.50 with a side), the Salmon Banh Mi ($13) and the “Not Vanilla” milkshake ($6.50). When ordering the milkshake, we were given the choice between strawberry, dreamcycle, butterscotch and a few flavors.

After we ordered we sat ourselves down in one of the booths rather than one of the many tables. On the table there were many sauces including ketchup, spicy mayo, sriracha granada and mustard. There was also some salt and pepper available. 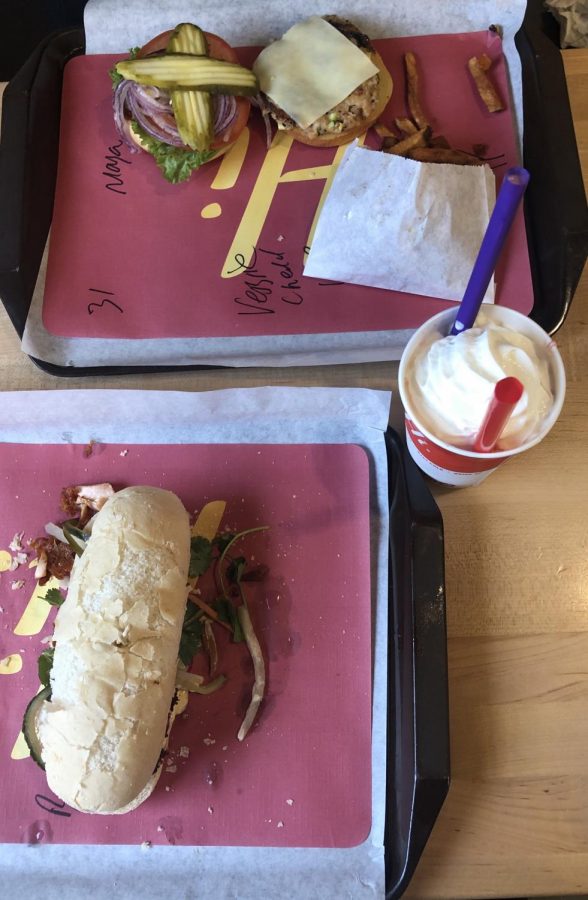 The Veggie Burger, made from quinoa and other ingredients was topped with pickles, tomatoes, cheddar cheese, onion and lettuce on a white bun with a side of seasoned fries. The burger was very pleasing to the eye with all of the toppings neatly arranged. After tasting the burger, I noticed that it was lacking flavor. As for the fries, they were cold. Considering we were two of five customers in the restaurant, this was surprising. Although the meal wasn’t bad, it wasn’t worth the price of $10.50.

The Salmon Banh Mi consisted of grilled salmon, pickled veggies, cilantro, chile mango aioli, and was served on a white bun. The sandwich looked very good because of the multi colors in the veggies. It’s taste didn’t measure up to its taste, and it was definitely not worth $13.  It did not have enough sauce on it so I put on one of the sauces available on the table, which made it tastier.

When we saw that the Not Vanilla Milkshake was $6.50 we thought it would be an overflowing drink full of sugary features that made it special. Sadly, we were disappointed.  Out of the many choices of flavors, we chose strawberry. Our milkshake had little bits of strawberry chunks and was also very smooth. It was not amazing but it was the by far the best part of the meal.

Overall, Hi Pointe Drive In was an aesthetically pleasing, friendly restaurant. Even though the portions were a good size, the quality of food to price ratio was not all worth it. 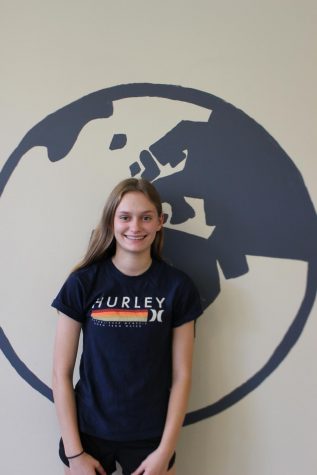 Maya Richter is a freshman at CHS and this is her first year being a part of the Globe. She joined the Globe as a way to improve in writing and to try something new. She is looking...