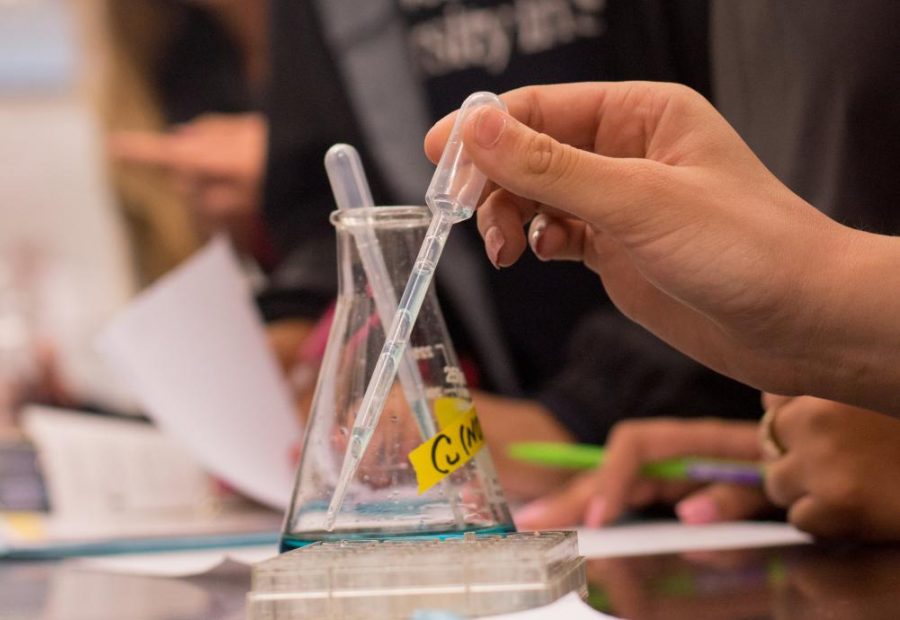 The US is currently using the imperial system as the official unit of measurement, measuring distances in miles and volumes in gallons, but almost every other country uses the metric system. American scientists have even transitioned to the metric system, but there could be significant costs to switching the whole country over. The Globe investigates both sides of the argument about whether the US should adopt the metric system or not.

Out of 195 countries in the world, the United States is the only industrialized country that has not adopted the International System of Units, also known as the metric system, as its official system of weights and measures. The SI is an international decimal system of weights and measures used by every single country in the world except three: Liberia, Myanmar, and the United States of America.

It is not uncommon to make mistakes when converting between the two systems. On Nov. 11, 1999, NASA’s Mars Climate Orbiter, a $125 million satellite, was lost because the software controlling the machine’s thrusters calculated the force in pounds, while a separate software took the data in assuming it was in the metric unit: Newtons.

In the medical industry, organizations such as the Centers for Disease Control, the American Academy of Pediatrics and the Institute for Safe Medication Practices have long recommended hospitals and healthcare facilities to only use the metric system to avoid confusion over patient weights and medication dosages, yet a boy in 2011 was still medicated with a dosage designed for a person more than twice his weight because the nurse mistook 35 pounds as 35 kilograms. Had America converted to the metric system, such tragedies will be less likely to happen.

“I actually believe fewer Americans would grow up thinking ‘science is hard’ if we didn’t have to teach kids to get out of the stupid system their elementary school taught them before we do any science,” Schuster said.

In the US, most children primarily learn the US Customary System, which is derived from the British Imperial System. They are taught to memorize that there are 12 inches in a foot and that three feet is a yard. However, in middle school and high school courses, students need to learn how to convert measurements from the customary system to the metric system, using techniques like unit conversions.

Since students will have to learn and utilize the metric system in further education levels, why don’t we just teach them the metric system, to begin with? More than 75 percent of the students at CHS believe that the US should consider adopting the SI as its official system.

The metric system is the international language for science, medicine and commerce. Because the US is the only remaining industrialized nation with no formal commitment to going metric, international trade becomes an obstacle due to unit conversions. US manufacturers often have to make two versions of their products: one for the US with customary units and one for the rest of the world with SI units.

Even products made solely for the US often include labels in both customary and SI units. International companies also have to consider if it is worthwhile to adjust its products to fit the customary system.

“Not only does the vast majority of countries… use metric units, but the system itself is easier to comprehend, which in turn aids calculation and negates the necessity to remember untoward conversion factors,” said junior Samuel Cooper, a British student.

Conversions within the customary system are already complicated with conversions such as one mile equating 5280 feet and one liquid gallon equating 256 tablespoons, not to mention how confusing the different units within the system are to children.

Schuster said, “We always lose instructional time and mental effort working with a system that developed organically in medieval Europe and includes such technicalities as hands, feet and stones.”

On the other hand, SI units were designed with simplicity in mind. “The metric system has an internal logical consistency, where all of the units relate to one another in some way,” said junior George Mitrev.

For most people, familiarizing themselves with only the units gram, liter and meter will suffice. In fact, all of the SI units are derived from merely seven base units. Of course, there are different prefixes and suffixes added to different units to represent the different powers of 10, but conversions are as easy as moving the decimal point left and right.

Of course, it would be expensive to convert the whole country from the customary system to the SI system, but such conversion will only benefit America in the long run. Companies wouldn’t need to make two versions of their products, mistakes regarding conversions would be less likely to occur, and integrating American products and culture with other countries’ would be much easier. Like Schuster said, “it’s time to rip off the band-aid, America.” 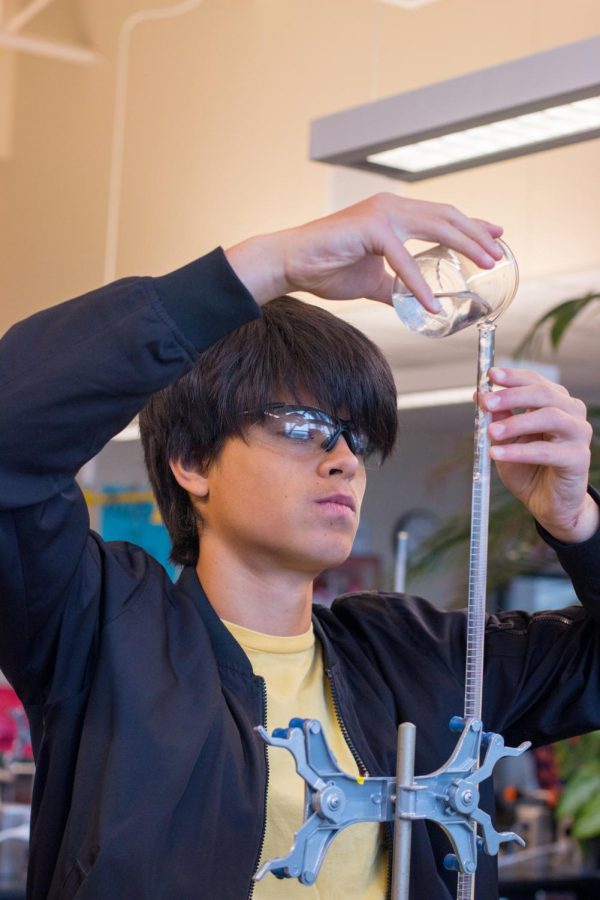 Junior Emilio Rosas-Linhard pours a solution into a graduated cylinder during a chemistry class. Even though the official measurement system is imperial, American scientists almost exclusively teach and use the metric system.

When growing up in America, students learn to have a complicated relationship with measurement systems. We grow up learning that the imperial system is the main way to measure and we see that system being used in sports, at gas stations and in our schools. Despite this, we are also taught the metric system and learn to utilize both in our math and science classes. We learn fractions, decimals, inches, meters, miles, grams and pounds and eventually, almost every student asks the age-old question: why don’t we just use the metric system?

Well, like most things American, it comes down to a long and complicated history of stubbornness and affection for money.

There have been multiple times in history when switching to the metric system would’ve been a much simpler process and it would’ve made sense, but unfortunately, they were all met with failure.

The metric system initially grew in popularity in Europe around the 19th century, with many European countries adopting the system and utilizing it in their colonies. Eventually, it became the global measurement system.

Throughout American history, many notable scholars such as Alexander Graham Bell tried to push for change, but it was never made into law that America should rely solely on the metric system.

One major advancement with conversion to the metric system was with the Metric Conversion Act, which made the metric system the “preferred system of weights and measures for United States trade and commerce.” Despite this, there wasn’t much change in the way we use the imperial and metric system. Factories owners and manufacturers weren’t willing to invest the money to change their equipment and accommodate for a new unit system.

Over time, America has developed a dual measurement system in which many manufacturers print their labels in both imperial and metric, and students nowadays learn the benefits of both systems.

One of the main issues with the idea of a full conversion to the metric system is the logistics behind such a feat. Having to change every speed limit sign alone would be an economic challenge and the many other systems that are based on the imperial system, such as gas stations and car manufacturers, would also have to convert their measurements to one that is unfamiliar to many people. Culturally, a full shift would never become successfully implemented, as people would be reluctant to stop using the measurements they’re used to and it would cause mass confusion to have such a large change.

Manufacturers have shown in the past that it isn’t worth it financially to change, and the imperial system is far too ingrained in our everyday lives to convert fully to the metric system.

Conversions to the metric system for international trades nowadays are simple and are utilized every day in manufacturing when transporting things between countries. Many companies use both systems when printing labels and sizing portions.

At an educational level, students learn to use both systems, which allows them to learn the importance of both fractions and decimals, as well as teaching the usefulness of unit conversion.