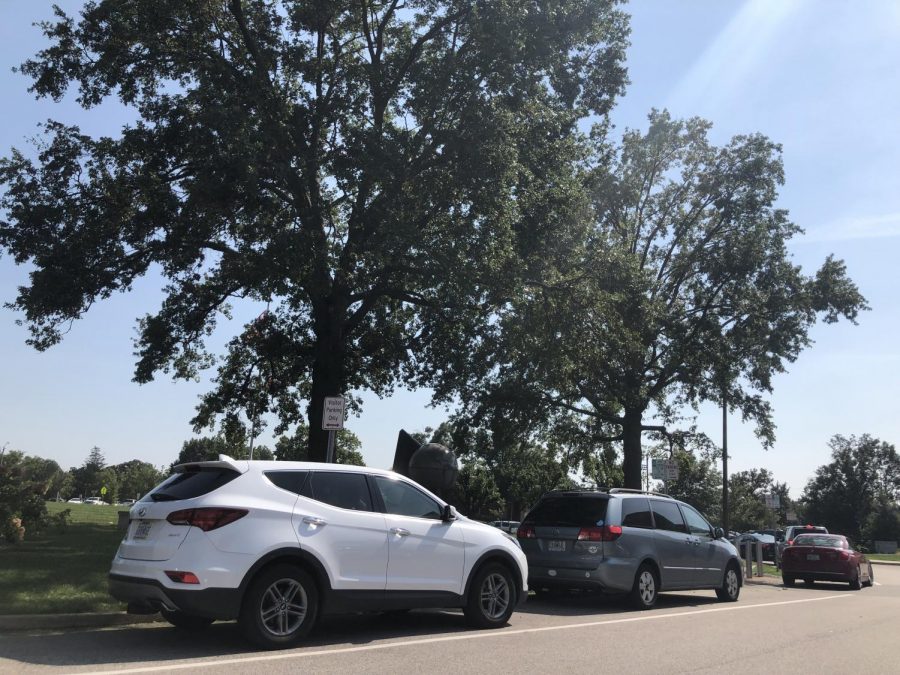 What could Clayton High School students do to decrease their own contributions to our warming planet?

Recently, I heard a story about climate change on NPR.

The story told of the large number of forest fires ravaging Brazil. It said how “International concern is growing,” and how “French President Emanuel Macron… urged those attending the G-7 Summit… to put the fires at the top of the agenda.”

I’m not taking away from forest fires. Unnatural forest fires are definitely some of the most noticeable causes (and effects) of global warming, and they should definitely be a major topic at any climate conference or international summit.

However, in the broader scheme of things, our inability to fix global warming is the result of something much bigger: ourselves.

At G-7, what these rich world ‘leaders’ don’t realize is that they are the culprits. And not only them. Everyone who makes a living in a first-world country and follows social norms is at fault.

According to the Global Forest Watch, the United States has lost 14 percent of its natural forest since 2000, while Brazil has lost 10 percent.

But that’s not all.

In the United States, data from the U.S. Department of State, and the U.S. Energy Information Administration show that 95% of households own a car, and 88% of our energy is non-renewable, respectively.

None of these numbers are good, but they do have something to say about hypocrisy.

In fact, there’s a good chance that if you were listening to that NPR article, you were in your car, burning fossil fuels. A study published by Edison Research shows this, finding that 54% of radio listeners only listen to radio in the car.

So what does that say about your hypocrisy?

Every day when I walk out of school, there is always someone waiting in their car while their engine runs.

Not only does this waste gasoline and cost the driver more money, but it releases unnecessary carbon emissions, which cause asthma, allergies, lung and heart disease, and cancer, according to the National Institutes of Health.

As a general rule, if you are waiting for more than 5-10 seconds, turn your engine off.

The United States is the second-leading carbon dioxide emitter in the world (China is the first.) 29 percent of these emissions are a result of transportation.

And this is easily fixed.

According to the United States Department of Energy, idling wastes 6 billion gallons of fuel each year, while releasing 30 million tons of CO2. A single person turning off their engine may be small, but if no one idled, the impact would be immense.

I’m not saying this will counteract deforestation. It definitely will not. In 2018, the amount of forest loss in Brazil was equivalent to 1.1 billion tons of carbon dioxide emissions, 37 times more than idling. Brazil has the seventh highest carbon emissions rate on the planet.

But at the rate we are going, 30 millions tons is still a lot. And if no one drove cars and we switched to 100 percent renewable energy, we would reduce our total emissions by over half.

Not idling is just a start, but a necessary one.