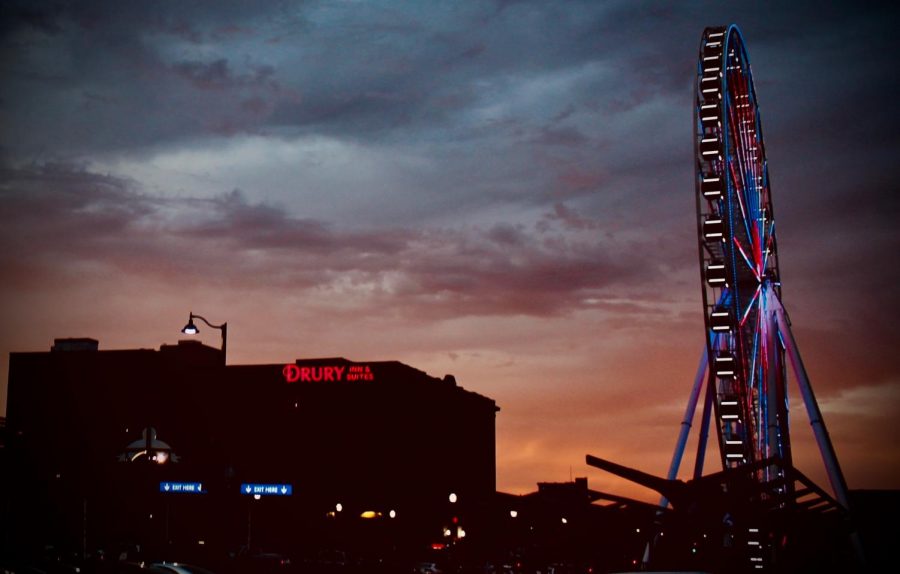 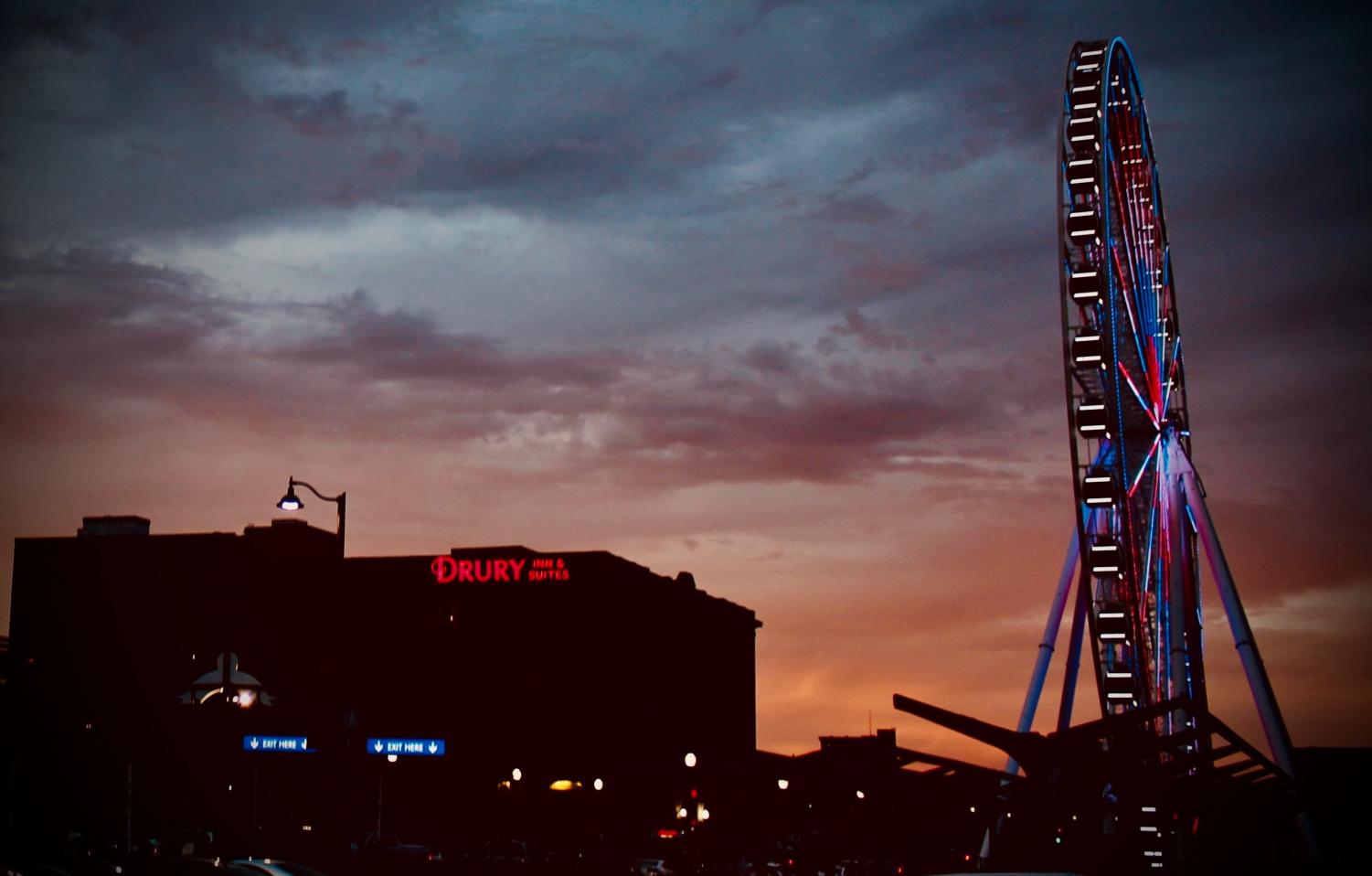 St. Louis’s very own Union Station blew out its birthday candles on September 1, 2019, with some extensive wishes in store. This year marks the 128th anniversary since Union Station first opened its doors in 1894.

The landmark has served as a highly populated terminal for passengers to come and go, along with a Marriott hotel, a shopping mall, and many different restaurants. It is an icon for locals and tourists to enjoy the rich history of the station, as well as the more modern attractions.

There are currently big plans for the future of Union Station. Most recently, The St. Louis Wheel was installed. The Wheel made its grand debut on October 1. Becoming the newest and most colorful addition to the St. Louis skyline, the Ferris Wheel is towering at over 200 ft.

It is 50 ft taller than the Statue of Liberty, complete with 42 climate-controlled gondolas that each hold eight passengers.

With our $15 ticket, we only got to experience the typical ride. Being stuck in line with noisy teenagers and whiny toddlers for what seemed like over an hour and made VIP ticket holders seem like royalty. They looked quite relieved to avoid the winding whirlwind that we waited in. For a meager $50, those lucky few were pampered with leather chairs, a stereo system, and a death-defying glass floor. 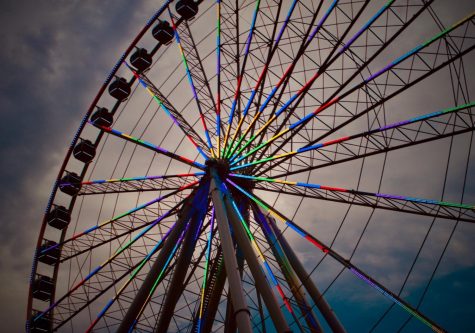 The St. Louis Wheel at night. Taken by Daphne Kraushaar.

The Wheel is planned to run 365 days of the year, and everyone is lining up for their chance to go for a spin. Each ride lasts approximately 15 minutes, with a guaranteed stop at the top.

As you gear up for your visit to Union Station, once everyone’s buckled in, snacks are packed, and you’re ready to hit the gas, make sure to check ahead of time on downtown events because traffic can be tricky. Now here are a few tips your GPS can’t tell you.

Tickets for The Wheel itself cost $15 for adults, $10 for children (kids two and under are free), and of course, you already know the price for 15 minutes of royalty.

Being that The Wheel is brand new and very exciting, everyone wants a ride. To be clear, we waited about 45 minutes in line on a Saturday. The rain that day may have caused the line to be slightly shorter. For us, the wait was well worth it for a 360-degree view of St. Louis. In fact, on a clear day, there is visibility of nearly 20 miles.

The Wheel, although great during the day, is truly spectacular at night. It is home to 1.6 million LED lights, which have the power to change 16.7 million different colors. At the right price, you can broadcast your logo, a gender reveal, or even a marriage proposal in the colors of your choosing.

Currently, the attraction is accompanied by a mini-golf course, a carousel, and restaurants such as Landry’s Seafood and The Soda Fountain. If you have a sweet tooth, the Soda Fountain is your best bet. They are known for their over the top milkshakes and candy displays on every wall. Also opening on November 2019, the new Train Shed restaurant, which will serve a variety of cocktails and taps.

The final train may have left the station on October 31, 1978, but the same magic remains, coming soon in the new mirror maze. The maze will contain aspects of the 1904 World’s Fair. You

The center of Union Station crowded with people in front of Landey’s Seafood. Taken by Daphne Kraushaar. space, 45 different obstacles, a 100 ft tall Sky Rail, and an alternative ropes course for the little ones.

can find your way through a labyrinth of mirrors surrounded by the station’s history. It will be an A-Maze-Ing experience for the whole family.

If you’re the adventurous type, you should check out the Ropes Course that is currently being built above the new aquarium. It includes 90,000 cubic feet of climbing

In the center of it all is a reflecting pool filled with hundreds of koi fish. Be sure to bring some loose change so that you can experience the joy of feeding fish. You’ll need quarters because we can assure they won’t take credit or debit.

You’ll reminisce with the sights and sounds of a steam engine pulling into the station to indicate that the Fire and Light show is about to begin. Each night from 5:00 pm to 9:00 pm every 30 minutes, fire and steam come shooting out of the lake to the songs you know and love.

Construction has started on the aquarium that will be the heart of the station. The former mall area is in the process of turning into a 120,000 square foot space, full of aquatic adventure with nods to the history of Union Station.

How lucky for us that these birthday wishes are about to come true, in winter of 2019. 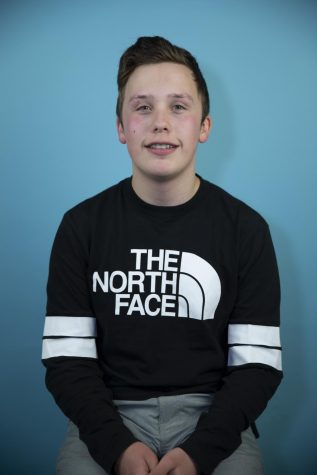 Max Hagemeister is a sophomore at Clayton High School and this is his first year on the Globe staff. This year he is participating in Robotics, Helping Hounds, and Tech Crew for... 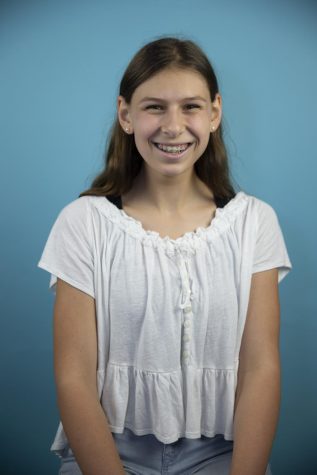 Daphne Kraushaar is a sophomore at Clayton High School. This is her first year working on the Globe. Outside of school, she is involved with multiple theater programs and loves...