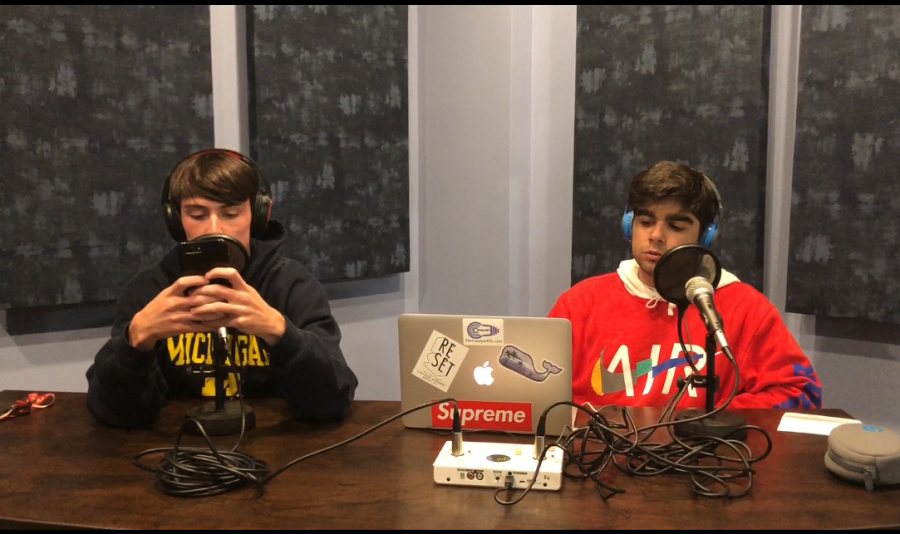 If you’ve ever been to a Clayton sports game, you may have noticed empty rows on the bleachers or a relatively sparse turnout. Undeniably, Clayton has often lacked in the athletic enthusiasm department, and it’s a problem administrators, especially new athletic director Steve Hutson, are seeking to remedy this year with efforts such as an app incentivizing attendance at events and recruiting members of existing clubs for a devoted student section.

However, seniors Jimmy Malone and Armon Seraji may have discovered an additional solution– a promising new podcast dedicated to all things Clayton athletics.

The two were inspired to create the podcast for a Catalyst class project. They realized it would be an effective way for them to do something they enjoyed, talk about sports, as well as work with Coach Hutson to help ramp up schoolwide excitement.

“We realized people weren’t that excited about [sports] in the first place because they didn’t always know when things were happening and when games were happening,” Seraji said.

We realized people weren’t that excited about [sports] in the first place because they didn’t always know when things were happening and when games were happening.”

After the pair received the money they needed through an investment, they bought a podcast recording set. They use their microphones to record and GarageBand to edit. The finished version is then posted to various platforms like SoundCloud, Spotify, and Apple Podcasts.

Creating each episode requires time and effort. The average time to record an episode is around forty-five minutes, but when multiple guests are featured, they usually span it out over a few days, since they have to work with athletes’ schedules to fit them in whenever they can.

“If it’s just us two, it’ll usually take thirty or forty-five minutes just for us to talk, but a little bit longer when we have a guest,” Malone said.

Despite only recently starting, they’ve already featured several athletes on the podcast, all seniors with the exception of junior football player Ozzie Keil. However, they hope to expand the guest list far beyond simply senior athletes.

“We actually have an interview with Mr. Hutson, different administrators and coaches throughout Clayton, and then even more so we really want to try and focus on certain alumni,” Seraji said.

As Greyhound Time is rapidly gaining more presence, the duo hopes to continue growing the podcast. One strategy they’ve already started to use is pushing out more content per week.

“We actually met with someone who gave us a little bit of advice on how we could expand it and make it grow more. One of the things they suggested and we’re starting to do this week was recording two episodes a week, so we’re going to be doing two episodes a week, we’re going to be posting more on the Instagram, doing different kinds of events at different athletic events… honestly, I think it’s just a matter of doing more and doing everything we’re doing now but at a larger scale,” Seraji said.

Aside from the actual episodes, Greyhound Time has an Instagram account where they regularly post updates about upcoming episodes and brief interviews, usually after soccer games. One humorous video on their page that gained over five hundred views was an interview after the Clayton-Ladue soccer game, featuring interviewee and goal scorer Ben Brewer narrowly avoiding an ice shower from his fellow teammates.

As Seraji and Malone plan to expand Greyhound Time’s Instagram as well, they want to do the interviews usually done after soccer games at different sports, and feature different athletic events. They’ve also started brainstorming different methods of expansion, like selling merchandise.

“We want to eventually expand out of just doing the podcast, so that could be merch for Clayton sports, [content] on the Instagram like different kinds of videos,” Malone said.

The only issue facing the bright future of the podcast is the question of who will be hosting it next year. Malone and Seraji are both seniors, so before they graduate, they hope to task someone with the responsibility of keeping Greyhound Time alive after they leave.

“We kind of realized that this is a one-year thing for us, so we want to make sure that we put the podcast in some good hands for the next school year. Hopefully we continue this tradition on and hopefully make it even better than we could ever do it,” Seraji said. 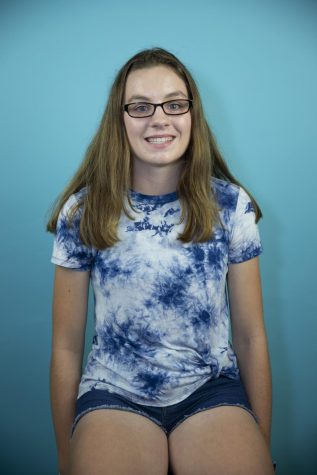 Ruthie is a senior and this is her third year on the globe. She is so excited to be one of the news section editors this year! Ruthie also runs cross country and plays soccer at...