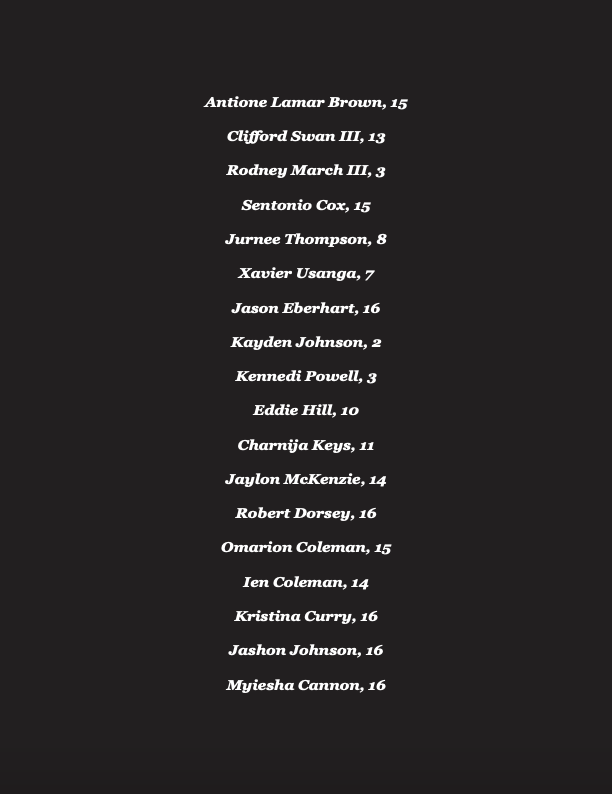 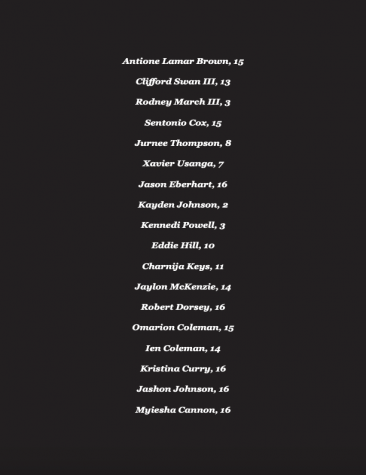 “All those assault weapons were banned back then, now assault weapons are not banned. That’s two different things… We’re not only talking about the guns or the weapons in St. Louis, we’re talking about these mass shootings that occur all over on a weekly basis. We’ve got anywhere from three to six to 12 to an even higher number of people going in and using handguns, assault rifles, anything they can to shoot numerous people. It’s not like one or two, it’s a group of people being shot today. And that is something that we have never seen before,” Green said.
In January of 2017, it became legal to carry a gun in the state of Missouri without a permit. With the exception of felons, citizens can be armed with assault weapons without being questioned by the police.
This legislation amplifies the sense that injury or death by gun violence is unavoidable for vulnerable populations in the city of St. Louis.
“I’ve talked to parents with teenagers or people in their early 20s whose sons or daughters have gotten shot,” Sucher-O’Grady said. “The reaction is variable. But a good number of them weren’t surprised, although they were devastated and sad. They weren’t angry or surprised, they just knew this was coming. They knew that it was only a matter of time before they lost their son or daughter, because of getting into gangs or drugs or that sort of thing. They have to live knowing that [their child] is going to get shot and killed, that’s how they’re going to die and they’re going to have to bury them. That’s hard. And that’s the reality for a lot of people in this city.”

Trevon Russell used to go to the park while his parents were at work. His father would drop him at his grandparents’ house, about a block and a half from Mount Pleasant Park. A popular hangout spot for neighborhood kids, it had been an integral part of his life since he was a young child. According to father Jermar Russell, the 16-year-old, who was living with autism, also enjoyed reading books... 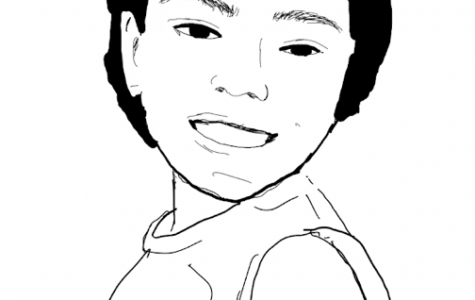 “He was far too good for this whole earth.” Streams of black and white cars whiz past as mother Dawn Usanga vividly recounts fond memories, sitting sideways on a bench in front of a street only two blocks away from where tragedy occurred. She waved to drivers who honked a hello of familiarity and ruffled the black and scarlett fur of a stray dog as he joyfully greeted her. Heading to Hyde Park,... 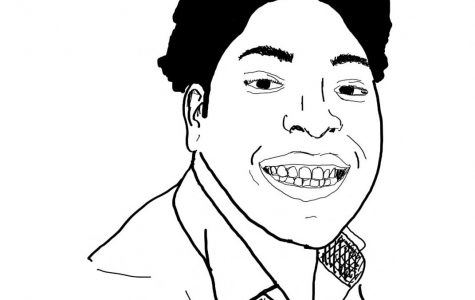 “Death leaves a heartache no one can heal… Love leaves a memory no one can steal,” a sign peeking out of a bouquet of wilted flowers, meant to ease the mind of mother Trina Houshmand, read. Many similar floral arrangements dotted the tables and countertops of her living room. It was a normal neighborhood -- within it a cream-painted house. Orange-shuttered, with a sea of evenly trimmed green...

Students at Pierre Laclede Junior Career Academy can sometimes hear gunshots from their classrooms. “It doesn’t happen often, but it does happen,” said Dr. DaMaris White, who is currently in her fifth year as principal at Laclede. “Some of our students are desensitized by that just because they live in an area where they hear a lot of gun violence and they’re exposed to that, so for some...

“I would definitely say I probably have a natural predisposition towards a pessimistic outlook on life. I think that’s just been confirmed with my job. I’ve seen horrible violence. And just the things people do to each other, that you never think about, that maybe you saw in an episode of Law and Order Special Victims Unit one time, you’re like, ‘Wow, that’s terrible’. And then you see...

The Trace is a single-issue nonprofit newsroom which focuses on gun violence. As an organization, it works to educate Americans on the statistics and conversation surrounding this issue. Thousands die yearly due to gun violence, and often information pertaining to each individual incident can be sparse. The Trace works to shine light on not only large-scale statistics, but also individual people and...

“The problem being, there are people with very good intentions who want to do something, but they don’t necessarily know all of the agencies and coalitions that are already out there doing the work. And so people tend to start new things rather than trying to figure out what’s already going on,” said Jessica Meyers, coordinator for the Saint Louis Area Violence Prevention Commission. The Saint...

For one year following the mass shooting at Marjory Stoneman Douglas High School, over 200 teen reporters created profiles for every child, age 0 to 18, who was killed due to gun violence. Since Parkland, the culmination of these reporters’ work, stemmed from The Trace, along with the Gun Violence Archive and several other organizations. The project covered the stories of 1,200 American children...