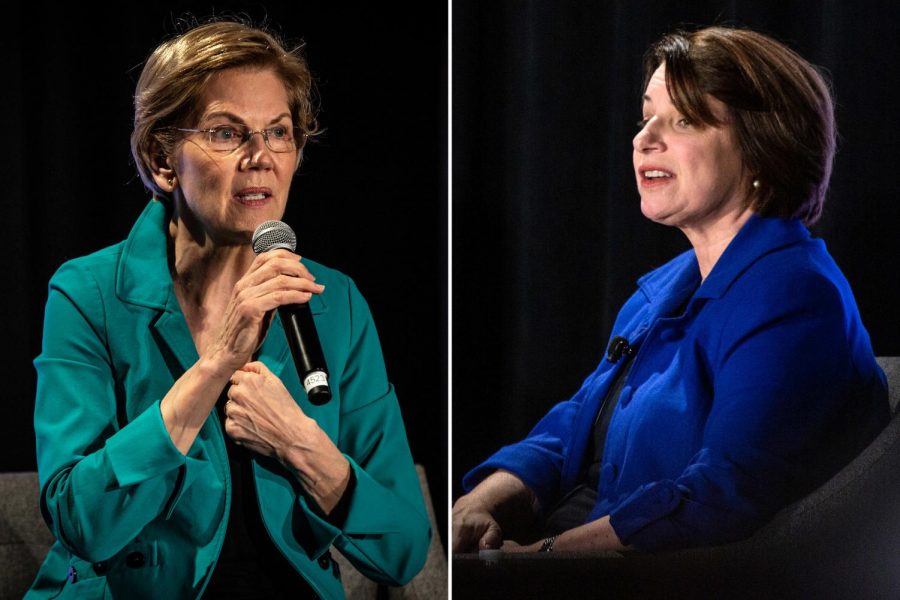 The New York Times endorses Klobuchar and Warren for the Democratic nomination. With America as split as ever, did they get the call right?

In a reaction to the New York Times' endorsement of candidates Amy Klobuchar and Elizabeth Warren for the Democratic nomination, Page Editor Dheera Rathikindi offers her perspectives into the two candidates.

Since the founding of the New York Times in 1851, it has traditionally endorsed a single candidate for presidency. Breaking convention, the New York Times editorial committee has decided to endorse two separate candidates for the Democratic nomination. This year, Amy Klobuchar and Elizabeth Warren have both been endorsed.

The break in convention is due to the split occuring in the Democratic Party, shown by the lack of unity behind a single candidate by the party. Some Democrats believe that President Trump has been detrimental to the United States and that once he leaves office, the United States will return to some sort of normality again. But, others believe that President Trump is the result of a political system that is deteriorating and must be replaced.

The Times has called this a split between radical and realist views of the Party. Due to this split, the American people are confused. Instead of having to choose between two views, Democratic and Republican, they must choose between all three of these options.

The Times has historically sided “with the candidate with a more traditional approach to pushing the nation forward, within the realities of a constitutional framework and a multiparty country.” The Times says, “the events of the past few years have shaken the confidence of even the most committed institutionalists. We are not veering away from the values we espouse, but we are rattled by the weakness of the institutions that we trusted to undergird those values.”

In my opinion, Elizabeth Warren is the prime candidate to represent the Democratic left or radical side. She realizes the flaws with our current economic system and has a realistic view on it. She is well-spoken in foreign relations and would be working to repair the relations that Mr. Trump has deteriorated during his time in office. On her campaign plans, Warren has shown, serious policies in order to repair ongoing crises such as plans to improve our nation’s housing crisis. She has policies to push our nation to focus on clean energy research as well as increasing government support through extended Social Security and universal child care.

But passing progressive laws has been difficult for any Democratic president and will prove to be a challenge for Warren as well. She has the potential to unite voters as she used to be Republican and most of her plans aim to unite Democrats, Republicans and Independents alike. But, Warren has a track record of blaming our capitalist society for a number of problems that occur such as gun violence and climate change. She must begin to draw on patience all while keeping her poise.

Amy Klobuchar on the other hand, is a strong candidate to represent the Democratic center and represents a more realist half of the Party. The Times says, “She promises to put the country on the path — through huge investments in green infrastructure and legislation to lower emissions — to achieve 100 percent net-zero emissions no later than 2050.” She has pledged to focus on childhood poverty, has the most detailed plan to fight mental illness and addiction. “And this is all in addition to pushing for a robust public option in health care, free community college and a federal minimum wage of $15 an hour.”

During her years as a senator, Klobuchar has been thoughtful, considerate and reacts to data when making important decisions. She is level-minded and does not let her emotions control her, unlike our current president. This is how she would navigate foreign policy and relations. She has helped many through her tenure as a senator by working to pass comprehensive immigration reform. Although Klobuchar currently is not gaining much traction with the voters, it is too soon to count her out.
With all of the chaos that has surrounded this election many American citizens are confused and cannot clearly see their options. But it would be unwise to not acknowledge the changes the Democratic party is going through. This debate between the center and left is one that the American people deserve to understand and be a part of. Like the Times, I believe that Amy Klobuchar and Elizabeth Warren are the best Democratic candidates to bring this debate to the attention of the nation. 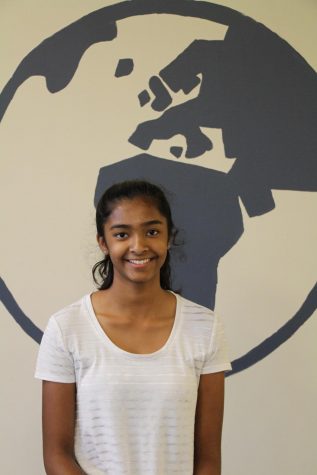 Dheera is a senior and this is her fourth year on Globe. She is a News Section Editor. Dheera joined because she is passionate about writing and wants to inform the Clayton community...