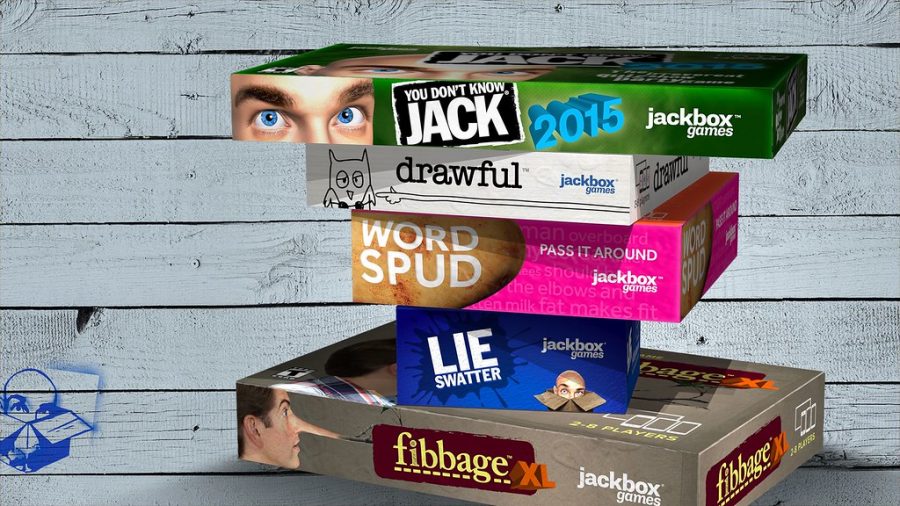 A series of games that will cause you to spend countless hours of your life playing them is the addictive games that come from the Jackbox Games pack. The first pack, ‘Party Pack One,’ has a price of $24.99 and other packs are available for purchase with prices ranging from $24.99 to $29.99, which are great prices to pay for these online games that can and will entertain you for hours and hours on end.

The ‘Party Pack One’ is available for purchase on the Amazon Fire TV, and once you purchase the pack, you can select from five games to play. It is playable from any device that has access to a web browser, and each game can have a maximum amount of eight players at a time. There is also an audience option. The audience members, although not technically players in the game, still get to vote on their choice of words, pictures, sentences, or jokes, depending on the game. To play a game with all of the players looking at the same screen, you have to enter the game by going to the website Jackbox.tv and enter a code that appears on your television or computer screen. Once you enter that code, you’re in! It’s that simple.
Not only is this game perfect for big groups, but it’s also perfect for family game nights, and especially for playing with friends during the quarantine. To start a game with players in different places, the set up is the same as it would be as if everyone were playing in the same place, except you would have to display the screen in a zoom video chat with your friends. When you have the game up on your computer, all you have to do is share your screen.
From all of the games from all of the packs, we recommend these games: Fibbage (which is also sold as a standalone game not in a pack for a price of $6.99), Quiplash (also an independent game sold for $6.99), and Trivia Murder Party. Here’s a quick run-down on these solid games.
Fibbage is a blast. You could play this for hours and never get bored of it. In the game, there is fill in the blank for a fact or a quote, and it is your job to come up with the best answer to fool your opponents, and to choose the right answer that is mixed in with a bunch of phony answers. There are three rounds, all of which give a different amount of points. Rounds one and two contain several questions, and round three, known as ‘The Final Fibbage’ only has one question, and is worth many points. The person at the end with the most points wins the game.
Another game we like is Quiplash. In Quiplash, there are many prompts, one, for example, maybe “what’s the grossest thing to find under your shoe?” Two players then go against each other by writing their answer, and then all of the other players and audience members vote on what answer they think is the best. At the end of the game, whoever has the most points wins.
Trivia Murder may become your new favorite game. In Trivia Murder party, you and seven of your friends enter a murder’s lair, and in order to stay alive, you must be the last player to exit the lair. Each round starts with a random trivia question which rewards the people who get the answer right, and sends the people who get the answer wrong to the “Killing Floor”. The losers partake in a random game in which they could draw, write, play memorization games, or even have a math competition to decide who must be eliminated from the round. The last person alive participates in a final trivia competition with all other “dead” players. In this round, it’s anyone’s game. Even if you win the first part of the game, you may not win the whole game. The first player to reach the end would win the entire game, even if they died earlier on.

Jackbox Games has a plethora of games and many different game packs. To be clear, our favorite games come with different expansion packs that add on to the base game, but are super fun and worth the money, especially during this boring time that is quarantine.