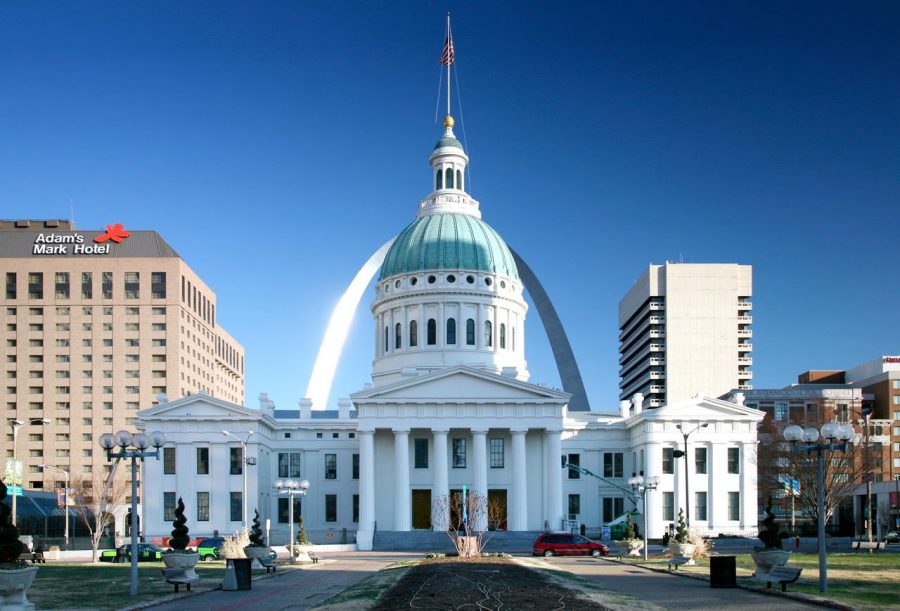 As states continue to open up, states across the nation must monitor and develop their public health law

With the state of the COVID-19 pandemic, a strong collaboration between health and policy-making has been crucial in most effectively improving the health of the public. Public health law bridges the gap between these two fields and examines the government’s authority to improve the health of the public, which is critical in the operation of managing the current pandemic.
Rob Gatter, Professor of Health Management and Policy at Saint Louis University’s School of Law, explains that instituting a stay-at-home order is a critical action for local authorities to take. At a time when no vaccine exists and there is limited understanding of the particular disease, Gatter finds a stay-at-home order a necessary solution. “[A stay-at-home order] is the right tool. You might as well use it as soon as you possibly can, on the assumption that you’re slowing the spread of disease and preventing some infections from happening,” said Gatter.
However, the trade-off between precautionary health measures and the economy created hesitation to implement these new restrictions. While Governor Mike Parson’s “Stay Home Missouri” Order took effect on April 6th, St. Louis Mayor Lyda Krewson and St. Louis County Executive Sam Page enacted the mandatory stay-at-home order in the St. Louis Region starting March 23rd.
“There was a significant difference in time from when St. Louis City and County’s orders went into effect, and when the state order went into effect. That is a thing of lost time, when there are people who are out living their lives in a routine way. There’s just more opportunity for it to spread until you tell everybody they should stay home,” said Gatter.

Although Gatter believes that Missouri should have enacted a stay-at-home order earlier, he also recognizes Missouri Governor, Mike Parson’s, explanation of the differing ways COVID-19 has affected the state, as St. Louis holds the large majority of cases in the state. “There’s logic to that approach with the governor.”
Nationwide, the United States has struggled with containing the number of cases due to similar concerns surrounding the effect of stay-at-home orders on the economy. Both federal and state governments’ level of preparation against the virus have been widely criticized by the public, particularly as the United States leads the world in regards to the number of COVID-19 cases and deaths by an extremely large margin. Along with the notable economic disadvantage to enacting stay-at-home orders, many other factors affected the United States’ controversial response to the COVID-19.
The first of these could be cited towards the funding given to pandemic responses. The level of preparedness utilized by the United States against pandemics has decreased in recent years.
“We had experience with a disease called SARS. We had an experience with H1N1, a novel influenza. And each time, the country would respond by saying there’s lessons to be learned from this. A lot of money was invested, but it’s expensive to have a disease surveillance system in the nation. It’s expensive to stockpile medicine and protective equipment around the country. It’s expensive to constantly hire and pay the experts to update all of this and examine what new disease threats exist, and when we went through the recession, some of that money was redirected. And depending on the political administration that’s in power at any one time, more of that money was moved into other places that seemed more important at the time […] it means that we were less prepared in 2019 and 2020 for a pandemic than we probably were in 2006 or 2007 for a pandemic,” said Gatter.
Moreover, the state-by-state difference in policies could have also contributed to the speed of the response to the virus’s rapid increase in the United States.
“I think we had enough information as a country to have started this process much earlier. And doing it piecemeal as the nation allowed it to happen and not having an across the board recommendation that every state ought to have a stay-at-home order as soon as possible so that we can nip this in the bud, would have been a better approach,” said Gatter.
Furthermore, as states now begin to lift their stay-at-home orders in May, looking towards the future of COVID-19 policy is critical for those involved in public health law. Gatter explains the potential spikes of COVID-19 that could arise if stay-at-home orders are prematurely lifted. The 1918 Spanish Flu, which has been widely compared to COVID-19, lasted through multiple waves and two substantial spikes. Gatter compares the rise of COVID-19 cases that could later occur to a fire.
“The way to think about it is that it’s like a fire. If a house catches on fire and firefighters arrive and they’re able to spray it with water and bring the fire under control, even after they stop spraying water on it, they’ll stand and they’ll watch for a while because there could be some spots where the heat is high enough […] if it starts to flame up again, it could potentially jump to other parts, and all of a sudden, the fire is back up to what it was. And it might get worse; it might jump to the neighbor’s house,” explained Gatter.

In determining COVID-19 policy that would take effective response or preventative action to spikes, an approach of analyzing how reopening affects the number of cases in other countries is important. Gatter specifically notes Wuhan, China, and Italy as international locations that would be ideal to observe in viewing the impact of a potential spike in cases after orders are lifted. “It’s looking at ‘how much of their new case statistics dropped from its peak before they reopened’ and ‘when might that happen for us,” said Gatter.
In the midst of the economic and public health policy initiatives taken by state and federal governments, a rendition of the blame game has been presented with the virus, not only between the public and their representatives, but also in targeting the country where the virus originated. In particular, Missouri Attorney General Eric Schmitt has filed a lawsuit against the Chinese Communist Party for the loss of life and severe economic consequences that COVID-19 has caused in Missouri. The 47-page complaint alleges that Chinese authorities suppressed information that exacerbated the global pandemic, which was claimed to be ‘preventable’ in the lawsuit. Gatter states that although China did not act as a responsible global community member and suppressed information and aid from international scientists, the blame should not be pinned on China alone.
“At the same time, the scope of the pandemic as we’re experiencing here locally is not simply the fault of China […] There’s plenty of blame to go around. It seems silly to blame one country as if there’s one bad evildoer out there, and if you read through the complaint, that’s largely what it says. It almost says that China did this deliberately. It comes very close to that. And it’s just not the case […] it’s a stunt and it’s a waste of time, and there are many other things that our state attorney general could be doing to improve protecting people,” said Gatter.

“No country is perfectly well prepared. It’s going to take decades to really have countries prepared the way they need to be.”

Overall, despite the tension between countries that has been heightened as a result of the COVID-19 pandemic, the most important takeaway is to learn from the mistakes of the current response to develop a more effective monitoring and response system for any similar, future pandemics that may occur.
“No country is perfectly well prepared. It’s going to take decades to really have countries prepared the way they need to be. And in some ways, it’s lessons that we’re learning from the current pandemic that help develop the political will to spend the kind of money and energy that it takes to be vigilant […] when a new deadly virus emerges.” 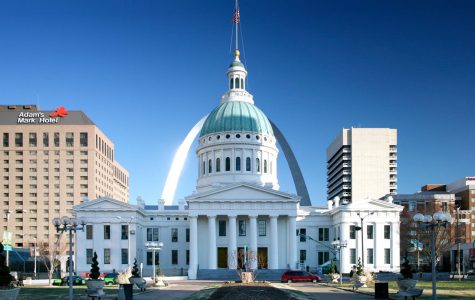 With the state of the COVID-19 pandemic, a strong collaboration between health and policy-making has been crucial in most effectively improving the health of the public. Public health law bridges the gap between these two fields and examines the government’s authority to improve the health of the public, which is critical in the operation of managing the current pandemic. Rob Gatter, Professor of...