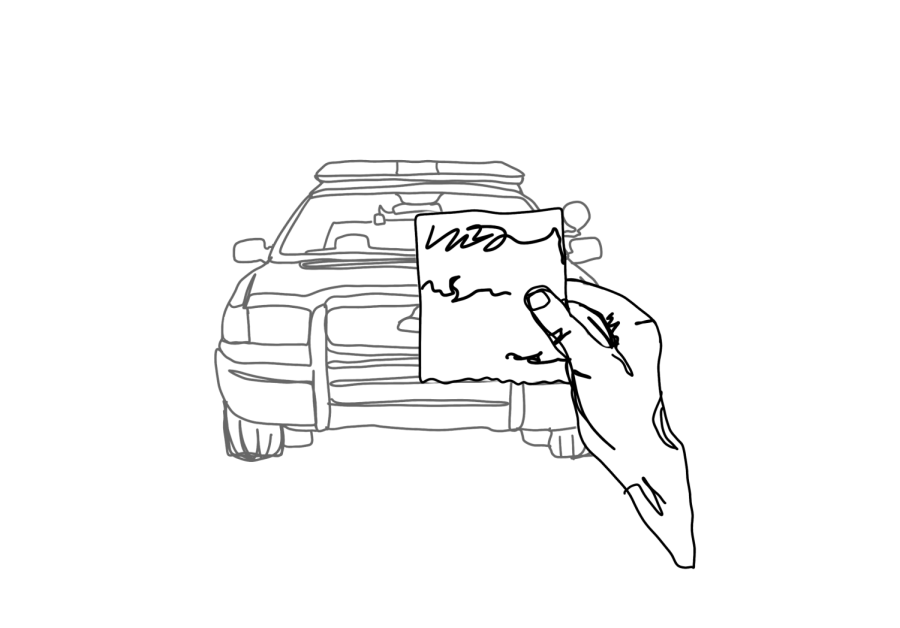 Police departments are mostly funded by municipal tax money, but state and federal taxes also provide departments around the United States with funds. However, sometimes taxes do not provide as much money as the department or the city wants. This leads police departments to seek out other sources of revenue, like ticket quotas.
Whether police quotas are real or not has been debated for years, and while departments do not give their officers quotas, some set “productivity goals.”
An example of quotas was used to increase police revenue is the Ferguson Police Department. According to the Department of Justice’s Report on Ferguson, the city did have some emphasis on profit gains. The focus on profit gains ultimately had an effect on the Ferguson Police Department’s law enforcement practices which made profit collection a higher priority than complying with the citizens’ safety needs.
In 2010, Ferguson’s Chief of Police Thomas Jackson was notified by the City of Ferguson’s Finance Director that if ticket writings did not have a large increase by the end of the year that “it will be harder to significantly raise collections next year… Given that [they] are looking at a substantial sales tax shortfall.” (DOJ).
Again, three years later in 2013, the City Finance Director contacted the City Manager and said that he once again contacted the Chief of Police to increase revenues by 10%, in which the Chief responded, saying that he would try. In the Department of Justice’s investigation, they asked Ferguson police officers of all ranks whether or not the FDP was focused on profit collection, to which they responded that it was “stressed heavily” by City leadership.
As previously mentioned, taxes do fund police stations. But, as shown by the Report on Ferguson, some police stations also rely on revenue funded by tickets. This can ultimately lead to unjust ticket writings, where people are unfairly forced to pay for a police station that is actively seeking crime for revenue.
For example, Natural Bridge Road (also known as Route 115), is a 10-mile stretch off of I-70 in St. Louis County. This roadway is known for its infamous speed trap where in 10 miles it hosts 16 municipalities.
Each municipality has its own police force and court house where they collect money for speeding and other traffic violations.
With a population of around 52,000, Florissant is on the larger side of some of the towns in St. Louis County. Economically, Florissant’s employment rate is lower than the state average (pre COVID-19). The town’s police officers issued 29,072 traffic tickets in 2013. This made up 13% of Florissant’s yearly revenue, around $3 million in fines. In June of 2013, Florissant’s municipal court also held over 11,000 outstanding arrest warrants.
Comparing those numbers to a suburb in Kansas City, Lee’s Summit, in Jackson County, that hosts a population of 92,000, almost twice the population of Florissant, Lee’s Summit distributed only 9,651 tickets in the same month.
A town with almost twice the population of Florissant issued almost a third less tickets.

Lee’s Summit also gained $1.44 million, less than half as much revenue from its municipal court. Lee’s Summit held 2,872 outstanding arrest warrants as of June 2013, one fourth as many as Florissant.
To compare the discrepancy between the towns’ warrants, Kansas City has around one arrest warrant for every 1.8 residents, Independence (a suburb of Kansas City) around one warrant for 3.5 residents, and Grandview (also a part of the Kansas City Metro area) around one warrant for every 3.7 residents.
In St. Louis County, however, it is not rare for municipalities to have more arrest warrants than the number of residents.
But some action has been taken.
“Missouri statutes limit the amount of revenue a city can derive from tickets and fines. It’s limited to 20%,” Clayton Police Chief Mark Smith said.
The enforcement of this statute began on Jan. 1, 2016 and was made to stop municipalities relying on ticketing for funding.
At one point some towns were relying up to 40% of their annual revenue on ticketing. Traffic violation quotas were also made prohibited by statute.
“Here in the City of Clayton, we don’t practice quotas. We never have,” Chief Smith said.
According to a number of legal organizations like ArchCity Defenders, run down older cars get targeted often because police suspect they’re more likely to be driven by people who they can countlessly fine for “poverty violations.”
“Poverty violations” is a term used to describe violations including driving with expired license plates, expired registration, a suspended license and not being able to provide proof of insurance.
With many Americans a paycheck away from poverty, a traffic ticket can be devastating. Not to mention how hard it can be for low income families to take time off work to go to court.
Furthermore, if people miss their court date because they can’t take time off of work, they get an arrest warrant. Arrest warrants are visible to potential employers or landlords since they are public information. This can prevent people unable to go to court from getting a job, housing, loans or financial aid. It’s a vicious cycle.

I think that quotas actually undermine the trust in the community.”

And with 16 municipalities across 10 miles, a single violation across the Natural Bridge Road (ex. missing license plate) can result in a driver being pulled over 16 different times

For many individuals without the needed understanding of the legal system, dealing with a handful of charges from different towns makes it almost impossible to get through the system alone.
Smith shines a light on what these quotas do for police opinion: “I think that quotas actually undermine the trust in the community. People look at police officers as tax collectors instead of people who are there to protect them and enforce law.”