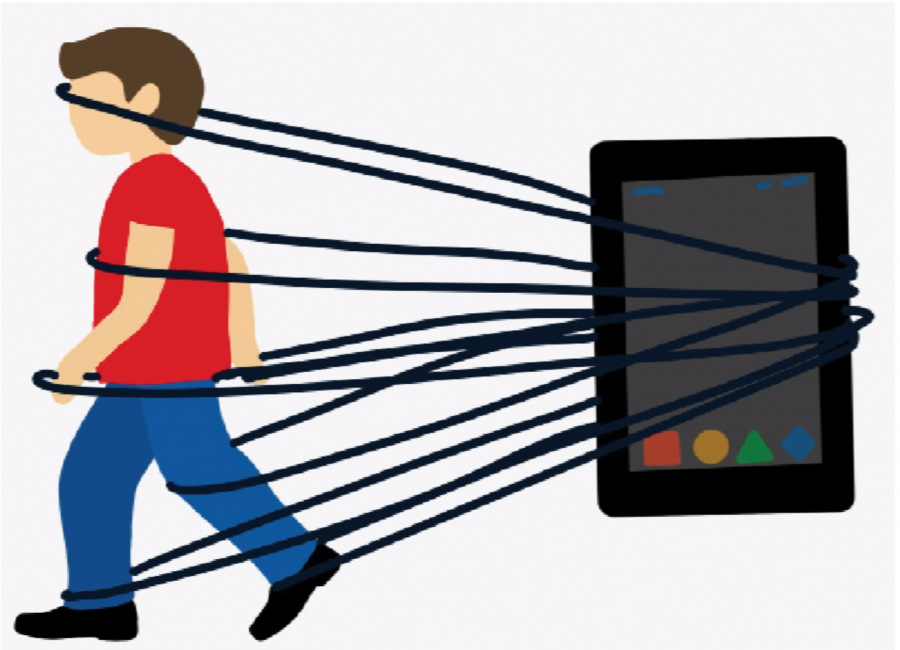 Russian interference. The Facebook-Cambridge Analytica data scandal. QAnon conspiracy theories. The finding that fake news travels six times faster than true news. In an age where claims about candidates and elections can be posted by users on the Internet and rapidly spread across social media, how can we tell what’s real and what’s not?
The COVID-19 pandemic has led the 2020 election to face a unique set of challenges. With obstacles around voting by mail, along with worries about ballots being counted properly, there is a critical need for factual information on voting guidelines. In conjunction with the rise of social media usage to an all-time high amidst the pandemic, the role of social media in elections is more important than ever.
The recognition of social media as a large issue in elections can be traced back to events surrounding the 2016 election. “I think one thing that what happened in 2016 really did was raise the salience of the possibility of fake news and misinformation. [It’s] to the point where I think there are some people out there who now just don’t trust anything because they think there’s nothing that can be trusted,” said Taylor Carlson, assistant professor of Political Science at Washington University – St. Louis.
In 2016, there were a number of misinformation campaigns from fake sites to debunked allegations of “rigged” voting machines that were used to delegitimize the election circulating on Nov. 8. As for state-sponsored disinformation, the Senate Select Committee on Intelligence found in a bipartisan report that “the Russian government engaged in an aggressive, multi-faceted effort to influence, or attempt to influence, the outcome of the 2016 presidential election.” These incidents in the last election have served as a warning signal to the American public regarding mis and disinformation online.

“I think that there have been more measures put in place to try to help people be able to distinguish fact from fiction. I think in some ways, the attention that misinformation got in 2016 is perhaps helping us in 2020 to be able to try our best to prepare the public to try to differentiate what’s real and what’s not,” said Carlson.
In preparation for the 2020 election, groups have been working to combat mis/disinformation by spreading awareness. One of these groups is the 2020 Election Integrity Partnership (EIP), a coalition of research entities with an objective “to detect and mitigate the impact of attempts to prevent or deter people from voting or to delegitimize election results.”
Isabella Garcia-Camargo, an organizer of the 2020 EIP, explained the reasoning behind why the EIP was created. “We talked to a lot of election officials of how they deal with missing disinformation incidents and it became clear that they didn’t have great avenues because the government can’t monitor social media for disinformation, given that you can’t monitor the American population. Because of this, we needed an independent third party, non-governmental organization to be doing the real-time monitoring aspects for the election officials,” said Garcia-Camargo.
The EIP publishes policy analyses and rapid response reports on their website (eipartnership.net) that evaluate specific mis/disinformation campaigns affecting the election. Their publishings range from analyzing narratives targeting electronic voting machines to looking into claims of ballot harvesting.
Another group working to fight mis/disinformation is the team who published the documentary The Social Dilemma, a “documentary-drama hybrid [that] explores the dangerous human impact of social networking, with tech experts sounding the alarm on their own creations. Daniel Wright, co-producer of The Social Dilemma, described the documentary as covering how social media causes “big picture issues all the way from mental health issues and addiction to the breakdown of truth and democracy.”

The idea for The Social Dilemma was rooted in the parallels that could be drawn between the dangers of technology and the environmental issues that The Social Dilemma’s production company, Exposure Labs, favored covering.
“With the issue of climate change, it’s caused by an extractive technology where we’re pulling these resources out of the ground and using them to our benefit, but it’s causing all these downstream effects. We realize that’s the exact same thing that’s happening with these tech companies, but instead of mining fossil fuels and lumber, they’re actually mining our human attention or human experience,” said Wright.
With mis/disinformation being a key issue of informing voters in this year’s election, criticism has been widely directed at social media platforms to take accountability. In response, social media platforms like Facebook Messenger will limit message forwarding and Twitter will label or remove false or misleading information around the laws of the election process, unverified information that delegitimizes the election, and premature claims of an election outcome.
Garcia-Camargo finds that these responses by social media companies should be viewed positively, since the scale of aspects such as calls to question the election are new to 2020, and that the platforms should continue to make policy changes in preparation for the election.
“This is why we push the platforms to do more and have these written and set in stone before the election itself, because it allows the decisions to be made at a lower level, and then that will lead to better outcomes,” said Garcia-Camargo.
Beyond the election, Wright ties the platforms’ responses into the broader issue of how social media operates, saying that these responses are ultimately a band-aid solution for the broader problem of the advertising business model.
“As long as there are incentives for a third-party to be paying lots and lots of money to get in front of you, these problems will still exist,” said Wright.
Between all of these conversations, a resounding theme has been that fighting mis/disinformation ultimately relies upon the people. Social media users must be cognizant of the media they are consuming and sharing in order to limit the spread of false information. However, the current state of social media intentionally makes this evaluation process difficult.

“These tools are available [to manipulate us through social media], and it’s not a hack. That’s what’s so dangerous about misinformation. It doesn’t take hacking the actual infrastructure, [for example] the actual voting machines of an election. All it takes is hacking the minds of you and I and voters to plant just the tiniest seed of distrust and doubt in the process that can be magnified at unprecedented scales,” said Wright.
The limited amount of information that can be contained in a single social media post makes it particularly volatile to be rapidly liked or shared. Referencing the rise of political information being posted in infographics or Instagram stories across the high school to college age group, Garcia-Camargo explains that simplifying complicated key political issues into short snippets, that can be injected with mis or disinformation first, can be harmful to our democratic process.

“My suggestion is that you take your political conversations off of these platforms as much as you can. It’s great to spread awareness but think about the impact that has on the larger information space and what you’re encouraging people to do. You’re encouraging more authority of information on these 10-slide Instagram posts,” said Garcia-Camargo.
Furthermore, she stresses that even the interaction with information online can create a chain effect that amplifies misinformation.
“When you see something, don’t take it at face-value. Always go and check sources, always go and get two or three opinions and really think through the votes that you’re giving on social media. Every time that you retweet something, that’s like a vote because it creates more authority in that piece of information.”
Similarly, Carlson urges users to increase their information literacy and identify personal biases.
“There’s a lot that can be done by way of information literacy, like learning about potential biases that different sources have and thinking about that every time you consume it. If it’s a news outlet, thinking about: does this news outlet have a known bias? If it does, which direction does it go? How should I then interpret the information in that context?” said Carlson.
The largest consequence of this rampant mis/disinformation is how it can influence the way people think and the beliefs that they present.
“When [opinions on the value of a democracy] are based on mis or disinformation, or just based on not factual evidence, that’s where we get into problems because then you can unfairly break down a democracy,” said Garcia-Camargo. “[The process by which we vote] is a very, very important portion of the democratic process, and we need to make sure we have the facts. Losing faith in the democratic process is losing faith in the way that we vote. Without faith in that, we don’t have an overall democracy.”
In the imminent scope of the 2020 election, the mis/disinformation online can also be weaponized to delegitimize the election results. President Trump has cast doubt upon mail-in ballots, a claim that has swept social media to dominate a face of the election. Although these claims have mostly been proven false, these words factored into inciting a wave of mis/disinformation including allegations that the Democrats planned to use mail-in voting to ballot-harvest and that Republican ballots for Trump were being dumped.

President Trump, echoing his sentiments from 2016, has used mail-in ballots to question the integrity of the election. When asked if he would commit to a peaceful transfer of power if not re-elected, Trump responded by saying, “Well, we’re going to have to see what happens. You know I’ve been complaining very strongly about the ballots, and the ballots are a disaster.”
With the leading public figure in the US casting doubt on the election, mis/disinformation has taken an unprecedented role as a foremost threat to democracy. If what is supposed to be facts can be questioned under a system that is plagued by mis/disinformation, our democracy fails to operate appropriately.
“If we don’t have a peaceful transfer of power or a reliable election result, that is democracy breaking,” said Wright. “We’re going to be tested as a nation.”