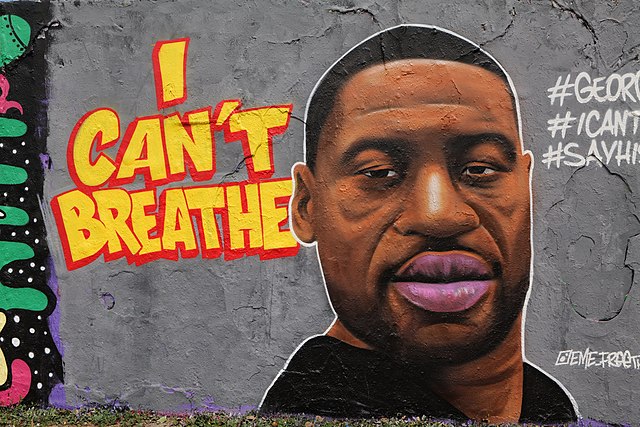 Papers rustled. The jury held its breath. After three weeks of hearing and seeing emotionally charged witness testimonies, damning evidence, and frightening videos, they knew that Derek Chauvin’s trial about the killing of George Floyd was no ordinary trial. The world knew it too. Everyone knew it. There was too much at stake. In that silence before the prosecution’s closing arguments, the world was watching and waiting.

For the prosecution, justice was at stake. Justice was to be served to Chauvin for his heartless brutality that led to the death of Floyd. For Black Lives Matter, countless protests that took place around the nation for over a year were at risk of being in vain. This trial was about the fight against police brutality and racial equality. This trial was about addressing the systemic barriers which still plague African American’s to this day. For those who were shocked by how Floyd died, their faith in the American criminal justice system hung by thread — a delicate thread that needed to be strengthened. Morale needed to be boosted and everything was on the line; everything people fought for and believed in was on the line.

For the defense, Chauvin’s fate was at stake. They believed that he was innocent of all three charges citing that Floyd died by carbon monoxide poisoning or a drug overdose despite glaring evidence against these claims. They knew the truth of the matter. They knew that the defendant killed Floyd by pushing his knee — for nine minutes and twenty-nine seconds — into Floyd’s neck as he slowly died. They knew Chauvin kept his knee on Floyd when he was unconscious and didn’t have a pulse. They knew that doctors had to push the defendant’s knee off Floyd so he could be carried away in an ambulance. They knew they had already lost.

The silence was broken by Mr. Schleicher, a prosecuting attorney. He had prepared a powerful speech because he knew what was at stake. The jury was waiting so he began his closing arguments.

“Counsel, members of the jury, his name was George Perry Floyd Jr. and he was born on October 14, 1973, in Fayetteville, North Carolina to his parents George Floyd Sr. and Larcenia Jones Floyd,” he said.

As Mr. Schleicher described Floyd’s life and how he was brutally murdered by a knee digging into his neck, the courtroom and jury were dead silent for nearly two hours. Only Mr. Schleicher’s compelling voice echoed through the chamber. He had to finish his arguments to tie everything together before the jury would inevitably become distracted and bored. Mr. Scledicher did just that.

“This was not an accident. [The defendant] did not trip and fall and find himself upon George Floyd’s knee and neck. He did what he did on purpose, and it killed George Floyd. That force for nine minutes and 29 seconds, that killed George Floyd […] This wasn’t policing. This was murder. The Defendant is guilty of all three counts. All of them. And there’s no excuse. Thank you,” he said.

The public has had a generally positive reaction to the trial verdict surrounding George Floyd’s death. Protestors, activists, (and people who just cared about the case) gathered in the street to celebrate Chauvin’s guilt. Many people agree that this verdict is a huge step forward for black people around the nation. While this verdict has relieved the nation, what does it really mean for the fight against systemic barriers, police brutality, and the Black Lives Matter movement?

“We should keep on fighting. Just because Chavin is going to jail doesn’t mean that the fight for equality and justice for black people and other marginalized groups is over. Black people especially are still being murdered,” said one CHS student.

“This case isn’t the end of the fight for civil and emotional justice for black people all around the world. We need to keep speaking out and challenging the blatantly racist programs that metaphorically and physically kill black people,” they said.

Despite the significance of the verdict of Chauvin’s trial, the battle against systemic racism, police brutality, and more is still not over. Shockingly, declaring one man guilty of a crime in one instance is a huge symbolic step forward in the fight against systemic racism and racial equality. But it’s not enough. Declaring one man guilty of a crime does not solve systemic racism or the issues that protesters are still fighting for. These issues are still prevalent in the US and have not disappeared just because one man was declared guilty. For many people, the US justice system has merely passed a singular, tremendous publicized, and high-stakes test. Nevertheless, this verdict was a step in the right direction. A battle was won, but the war’s not over.