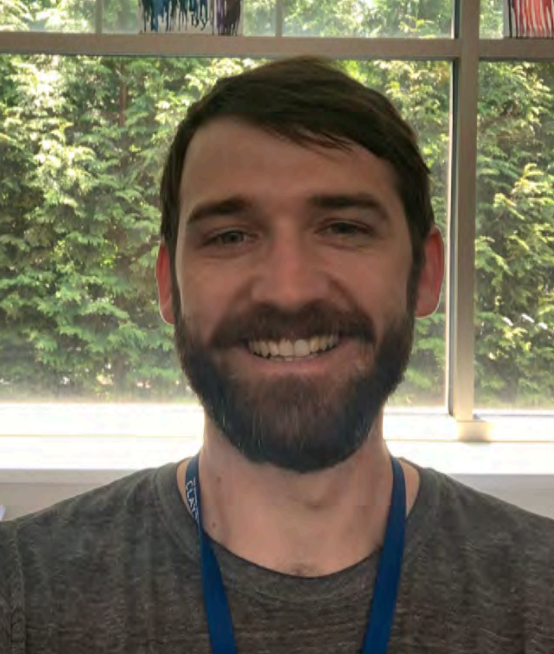 “If you’re a teacher, it’s always good to be a student,” said incoming CHS math teacher Spencer Hollenbach. This well defines his positive, engaged style of teaching. Hollenbach attended the University of Missouri and obtained an undergraduate degree in engineering and an MBA. Hollenbach spent several years working as an engineer with a heating company called Watlow before changing careers and becoming a teacher. He spent a year as a math intervention specialist in the Parkway School District before being hired in Clayton. Hollenbach is a familiar face to most Clayton students as he previously spent five years teaching eighth grade math at Wydown Middle School on teams 8 West and 7/8.

Hollenbach found his favorite part of engineering to be working with people and decided to make the switch to teaching to help students learn and grow. He values a team approach to the classroom, so that students are more engaged in their learning. He learned this team approach from his previous career.

“When I work with students, I try to look at it as we’re a community and we’re all just trying to learn together and grow together,” said Hollenbach.

“He’s wicked smart, super efficient, and always thinking of ways things could be done differently. Even things we did well. He challenged us, pushed us to grow,” said WMS Social Studies teacher Aimee Beeson, a former colleague of Hollenbach.

He loves to have complex discussions about logic, reasoning and truth with his classes, on top of the algebra and geometry that he teaches. Despite struggling with the subject in middle and early high school, Hollenbach has a strong love for math.

“I always kind of enjoyed the class because it has a kind of grounding and truth, which I think is special,” said Hollenbach. This love for the subject and team approach is certainly noticed by his students.

“If he knew I wasn’t doing my best work, he got on me about it and really pushed me to do my best. He was really engaged with the students and wanted the best for them,” said CHS sophomore Stella Bishop.

Much of Hollenbach’s focus as a teacher is on creating deep and meaningful relationships with his students, both inside and outside of the classroom.

“Connecting with his students was what I saw him doing most of the time. He’d be in the halls, chatting with students about any number of things – their baseball game, or the spring musical, their weekends, whatever. And he listened – and remembered – and laughed,” said Beeson.

This year he will be coaching the Ultimate Frisbee team and hopes to become involved with more clubs including math and chess club.

When asked what he would miss about Wydown, Hollenbach affectionately said, “A lot. I loved teaching eighth grade, it’s such a great age. I also loved my team and the math department.” Wydown and 8 West will miss him as well.

“He really liked them and it was obvious. I really believe that Mr. Hollenbach simply thinks middle schoolers are super cool and impressive,” said Beeson.

However, Hollenbach wants to grow both his professional experience and his ability to connect with students of various ages. He is particularly excited to “loop up” with many of his students from last school year as he is teaching three sections of freshman College Prep Geometry classes this year. With the addition of a section of College Prep Algebra II and one of Algebra III, Hollenbach will teach students of all grade levels at CHS.

“I’m really excited to have students I’ve had before and to see how people change over time and hopefully deepen those relationships,” said Hollenbach. Students appreciate his focus on building relationships.

“He always had a positive attitude and was really energetic. I was always super excited for his class. He’s very caring,” said Bishop. His room on 8 West always had a few students inside at lunchtime, whether for help with a math assignment or just someone to talk to.

“There’s definitely a difference that students and teachers feel from the beginning of the year to the end of the year. It’s because you’ve developed a relationship over the year. You’ve come along in not just knowing the material but you’ve done that, together, and that’s really special,” said Hollenbach.

“In fact, I almost bought black lab pajamas yesterday, just because I saw them at the grocery store,” said Hollenbach. His positive energy and emphasis on building relationships with students will certainly make him an asset to the CHS math department.