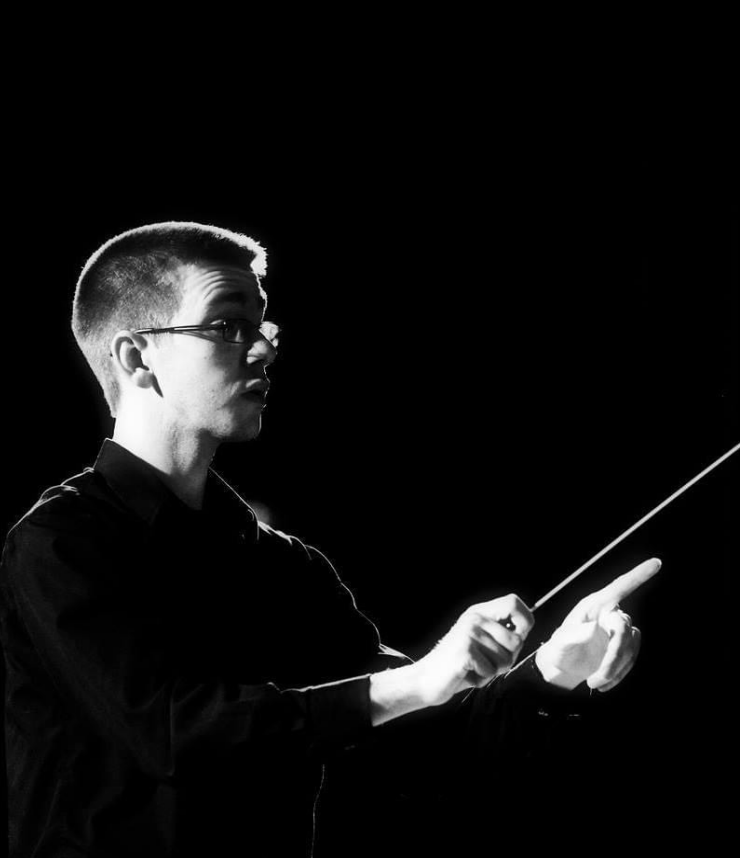 Noah Petti, incoming Band Director and Percussion Specialist, is a St. Louis native returning to teach students from both Wydown Middle School and Clayton School. Having been a student teacher at Clayton two years ago, Noah Petti is now ready to take on a new and exciting challenge teaching students here at Clayton. His journey as a musician, like many others, started in middle school (but in an unexpected way).

“When I was in fifth grade, [I was presented with] all the electives you can take in middle school, and on [an] elective it didn’t say concert band; it just said band. Being a fifth grader I thought that meant rock band because I wanted to play the guitar. I wanted to be a rock band, so I said yes, I will do band. Turns out it was Concert Band so I did the next best thing [and] I became a drummer,” said Petti. With the intention of being a guitarist in a rock band, Petti became a percussionist whose passion for music blossomed year after year after year.

“I kind of just realized that music was my passion; I couldn’t live without it. I tried dropping it in high school and kind of panicked, and I ended up putting it back on my schedule, taking physics off, and making sure that [music] was part of my life.”

According to Petti, any piece or style of music could mean any number of things to different people. Aside from a passion, Petti sees music as something much more than that.

“For me, I think music is a reflection of yourself and your emotions. I think that it’s just an evocative way to express yourself, and the music you listen to and how you respond to it is a reflection of yourself,” said Petti. Eventually, music became a permanent part of Petti’s life after he became a music teacher. He started first as a student teacher here in Clayton, before transitioning to a full time Assistant Band Director at the Mount Vernon School District.

Having been a student teacher at Clayton puts Petti in a unique position in the sense that he’s met many of the students here already.

Teaching at Clayton was also a transformative experience for him as well.

“As a student teacher, I definitely learned how to manage my time in front of a very high achieving group. Clayton is one of the highest achieving schools that I’ve ever been fortunate enough to conduct in front of. That really pushed me as an educator to bring more advanced concepts to the table, to think about how I’m going to develop these kids, and diversify my instruction to make sure that those who are far and above are still growing, and [making sure] that the people who need some help are getting the help they need.”

Petti describes his teaching style as a little bit more relaxed, but he still has high expectations for his students and is really big on making sure that each student is having their needs met, describing that as one of his biggest philosophies. To Petti, this is also one of the defining characteristics of a teacher.

“I think that teachers aren’t just presenters of information. We’re not just professors of knowledge. We’re trying to make sure that not just from an educational academic standpoint, but from an emotional, social, and mental standpoint, that you guys are being provided for and that your needs are being met. That really means doing whatever we can, [and being in] whatever frame of mind we need to be in, to make sure that we’re keeping the students first.”