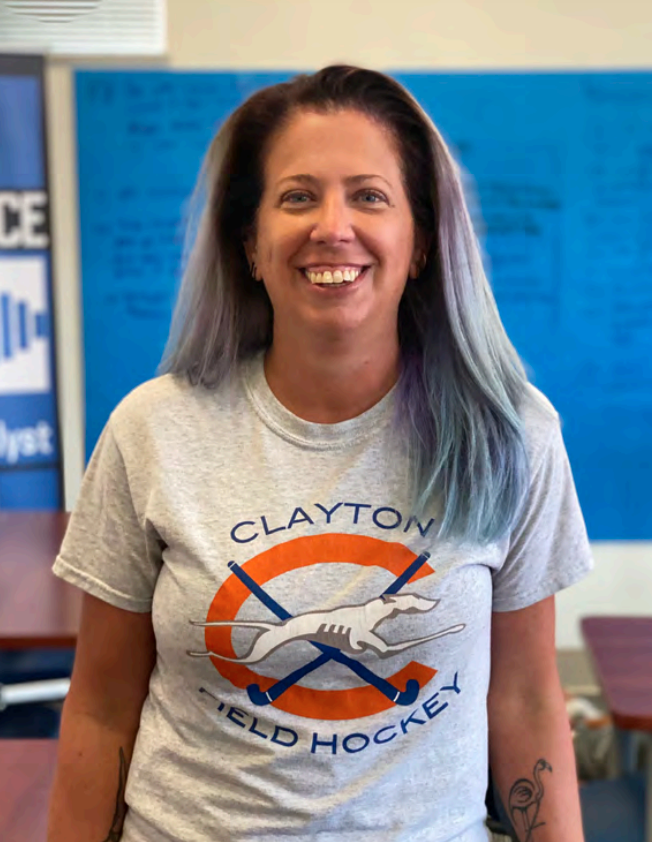 Growing up, Dawn Weber never thought much about teaching.

“I knew I wanted to do something with art, and something in the creative field,” said Weber. “I never really thought about teaching when I was a kid.”

After graduating from high school at Ursuline Academy in St. Louis, Weber pursued a degree in fine arts and graphic design from Missouri State University. It wasn’t until about six years into her career as a graphic designer when she realized it might not be for her.

“About six years into being a graphic designer, I went in and observed a friend who was teaching and he let me get up and help around, and interact with the students. That’s when I realized that I was in the wrong place,” said Weber. Soon after, she began her Master’s in education at Lindenwood, which she finished in 2009. Her parents weren’t surprised.

“Oddly enough, when I told my parents I was going back to school, they were like, ‘yeah, of course, that’s what you were meant to do.’” said Weber. “But nobody filled me in on that fact. They just saw that I like to learn new things, and that I also want to share what I’ve been learning.”

Clayton students who took the Video Lab or coding classes in middle school may remember Weber from Wydown, where she taught for eight years. One of her favorite parts of teaching those courses was the outlet they became for her students.

“You don’t think of the computer science and coding classes as being a creative outlet. It’s not drawing, it’s not painting. But they are all creating original works. Every time they do it, just like you could create original poems in your papers, it was just another outlet to see what they can come up with and create.”

Now in charge of Educational Technology at CHS (and coach of the JV field hockey team), Weber is looking forward to the change.

“I wanted to go into more of a learning position where I work with the different departments and their curriculum writing, and how they can keep enhancing and offering more options and choices for students to be able to interact with our classes,” said Weber. “I’m always a student, I will always be learning new stuff. And I feel that as educators, we all kind of fall into that bucket. So helping us to expand and research and see what great things are out there can help the students be better prepared for what might get thrown at them.”

Weber plans to continue some of what she focused on at the middle school at CHS, and eagerly jumps into testing new ideas with student learning.

“It’s really about the choices— students being able to share their individual choice and voice in their projects and how they learn. That was one of my big focuses over at Wydown: working with students in the different styles of how they can learn… it’s not a one size fits all kind of thing.”

Dawn Weber moves from middle to high school, and from one room to an entire building, with great anticipation.

“I realized, when this opportunity came up, that I’d get to help students, and help teachers. It’s like my classroom just got 600 times bigger.”