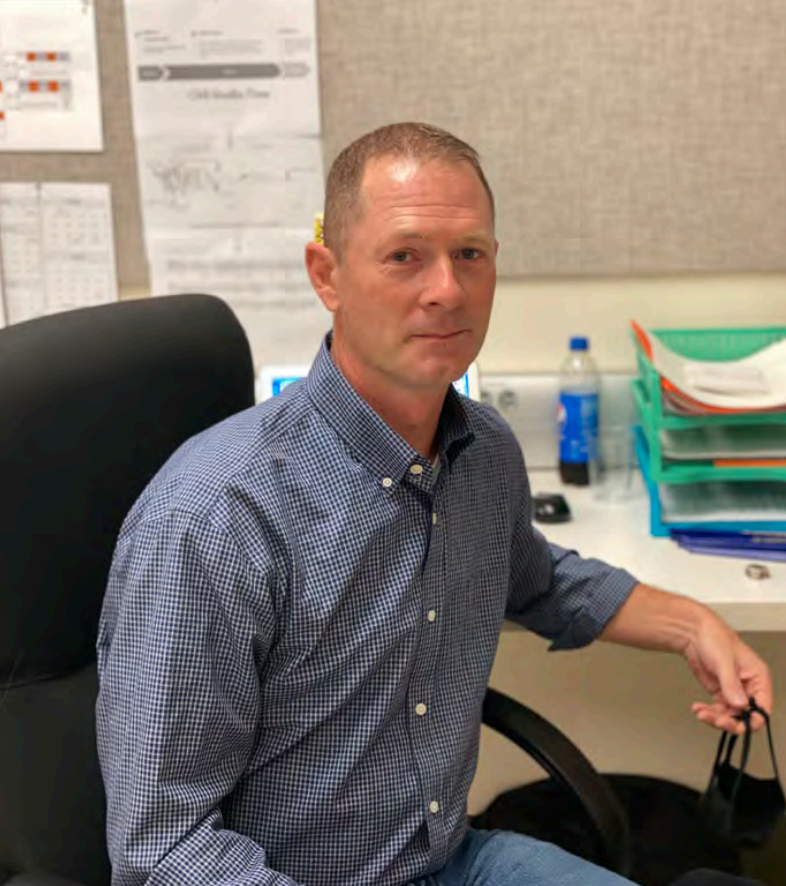 Art inspiration can come from anything, anywhere, anytime.

New Clayton High School art teacher Chad Harmon grew up watching his dad fiddle with his chess board while debating his next move against the Atari. Stationed in Germany, unable to speak foreign languages, Harmon’s father took to chess to entertain himself during his time off. Harmon was entranced by the five inch pieces and held to his early memories years later.

“I ended up getting the set he had and I painted it up. But then I was like, ‘ehh I don’t really like this.’ There were just certain things about it that I wanted to change. So I said, ‘Well why don’t I just make one?’” said Harmon.

While that’s one of Harmon’s pieces that stands out to him, he often does not get too attached to his work. He likes to look at art as a learning experience.

Harmon started his creative journey when he was in a band during his younger years. They played rock tunes and often worked towards what he called his ‘aesthetic goal.’ He found challenges working with some of his bandmates because “if somebody is not in it the same way, you don’t get that experience [of working in tandem]. You’re not hitting it in time.”

Harmon’s friend’s father was an artist and while looking at some of the work, he was fascinated. He decided to take an art class at a junior college and discovered his passion for the fine arts.

“I drew when I was a kid, but then somebody drew better than me and I thought I couldn’t practice. So I was 22 years old and this made complete sense. I didn’t need anyone else to do it. Don’t get me wrong- I like to work with other people- but I didn’t have to have them, it wasn’t mandatory for the aesthetic experience,” said Harmon. As he became more involved in the art, he began to leave his previous conceptions of creativity behind and explore what it meant to him.

“So, when I realized that [art] was something I could do, one of the first things I wanted to do is share with other people that you don’t have to be good to become good,” said Harmon. “You can build on that skill, just like you could hit a better baseball.”

In his free time, Harmon has attempted a variety of art projects, most involving paint, his preferred medium. He even tried to create a 33-foot drawing, and while he didn’t finish the project loving the way it turned out, he ended up creating smaller pieces from the large drawing.

“I think there are pieces for me that represent milestones in terms of thinking process. Like, I looked at something and went, I may have spent three weeks on that but I learned a ton of stuff about what I was trying to do.”

While working at Clayton, Harmon wants to help his students “discover a way to express themselves, visually, that they didn’t have before. Just go for it. Don’t be afraid to make mistakes.