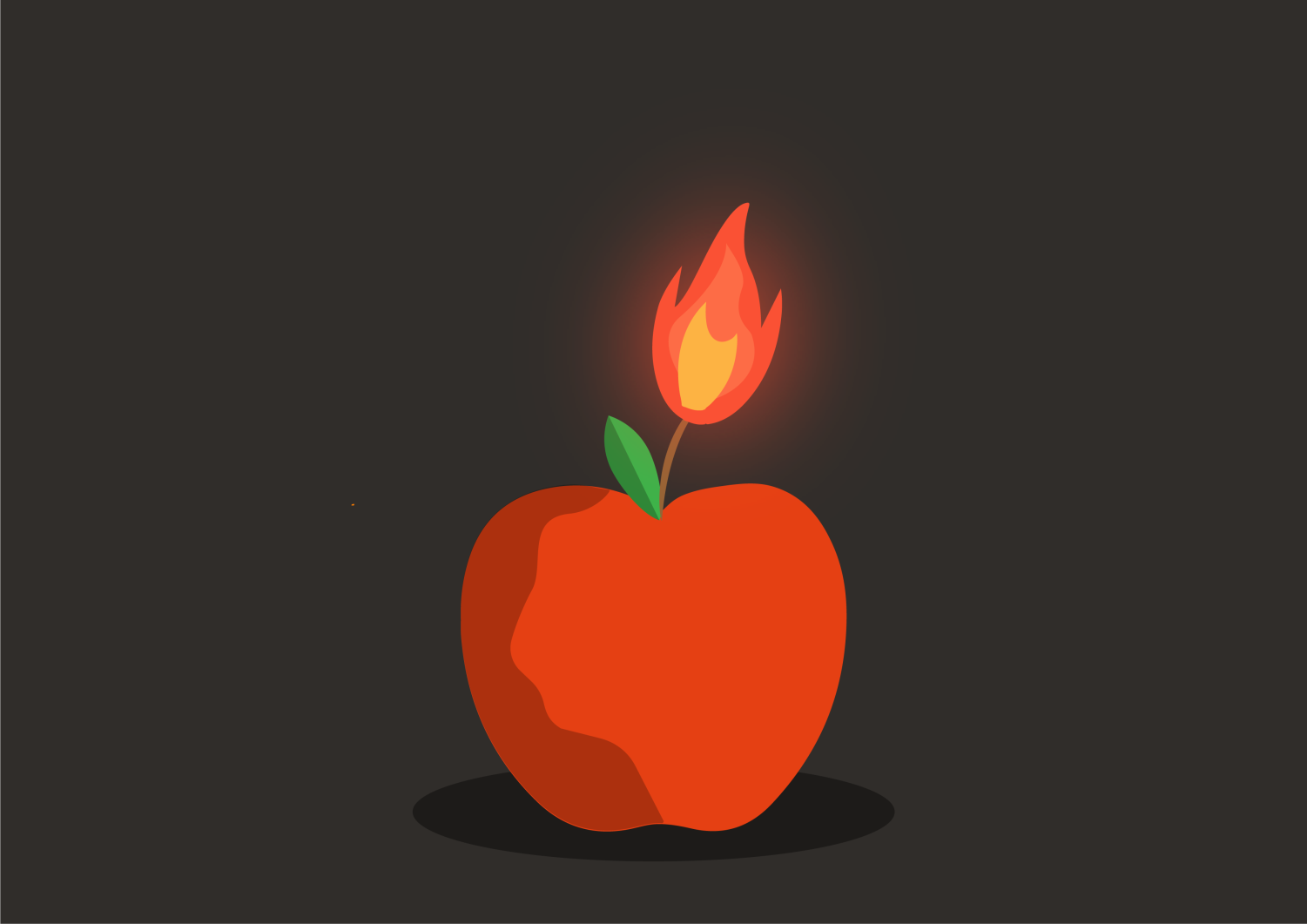 Clayton teachers struggle to stay on top of growing workloads

“To be a teacher these days means to be the following: content expert, pedagogical expert, ‘collaborator,’ and at crucial times, therapist; it means working outside the school day, frequently in a state of exhaustion, grading the high-level work students produce and preparing the circumstances for more high-level work in the classroom, five days a week; […] it means short-changing your own mental and physical needs and sometimes doing things to your body you shouldn’t do very often if you want to live a long time,” John Ryan, a former teacher at Clayton High School, wrote when explaining his reasons for early retirement.

After 25 years of teaching, Ryan decided he needed to take a break from the profession and pursue other interests. Ryan is not the first teacher to deal with the strain of being an educator. Recently, teachers at Clayton High School have been struggling more than ever.

With the start of in-person learning, many were hoping this year would mean a “normal” return to the building; however, both teachers and students have quickly realized this is not the case. More than half the school has never had an entirely normal high school year, and teachers have been forced to rework their curriculums time and time again. Such difficulties make completing additional work strenuous.

Josh Meyers, a history teacher at CHS, explained how the current workload for teachers is unreasonably vast: “We have an educator plan for student growth, which is commonly known as an EPSG. That’s due next week. […] Right now, I feel a majority of teachers don’t have the time or the mental capacity to do that with fidelity. That’s just one example.”

Teachers are juggling more than just teaching their classes, and wish administrators would do more to help. “Nothing has been different during this time, even though we probably need a little bit more [support] during this time than what we’ve always had,” said Tobie Smith, one of CHS’s counselors.

The district currently offers two mental wellness supports for teachers, according to Superintendent Nisha Patel: “A program we have that’s called the Employee Assistance Program gives them access to counseling and mental health specialists. […] We also have, for all of our employees, free access to the Center of Clayton in hopes that it would allow them to utilize some of the classes there which are focused on overall physical and mental wellness.” However, Justin Seiwell, another Clayton teacher, notes how current mental wellness supports aren’t as helpful as they seem. “I’m thinking about 40% of people who use [the Employee Assistance Program] have said it’s really good, and the rest have said it’s completely worthless,” he said.

The feelings of teachers in the district are being felt worldwide in the form of burnout. The World Health Organization describes burnout as “feelings of energy depletion or exhaustion; increased mental distance from one’s job, or feelings of negativism or cynicism related to one’s job.” With the difficulties of teaching during a global pandemic, burnout has become a common occurrence in the educational system.

Seiwell recalls having experienced burnout as a result of too much work. “Last year was the first time I was like, I’m gonna quit. I’m done. And it hit about December, because it was like, there was so much piling on […] I remember walking out of the building for winter break and saying, ‘I am okay if I never walked back into this building.’” Ultimately, Seiwell decided to stay, but is still discontent with the district’s actions to alleviate stress.

Meyers said the real thing that would help teachers would be reducing workloads: “The first thing that [administrators] should ask is, ‘What can we be doing to take things off your plate in order to make your job more manageable?’ They need to protect sacred classrooms, planning time and snowplow everything else out of our way […] Teachers are wrestling with a third new schedule in three years; they have been asked to pivot and pivot and pivot again. And they are really, really tired.”

Instead of minimizing extra work, Patel has encouraged teachers to rest and focus on self care: “I have to say, our teachers here in Clayton are phenomenal. […] It’s almost as if we need to allow them to say ‘it’s ok’, and to take time for themselves as well.” However, Meyers says that teachers don’t feel like they can take time off due to substitute teacher shortages and fears of burdening their coworkers.

“When you care about people in your department, you’re worried that your absence is going to add stress to their lives because they’re going to end up having to cover your classes,” said Meyers. “It’s simply not worth it.”

When you care about people in your department, you’re worried that your absence is going to add stress to their lives because they’re going to end up having to cover your classes. It’s simply not worth it.”

The immense pressures put on teachers ends up overflowing into their ability to teach classes. Meyers noted how, “Teachers, in order to improve their craft need to take risks, they need to be okay with feeling vulnerable, they need that growth mindset. Right now, […] it feels like more teachers are in a survival mindset. It is hard to think outside of the box in the mental space many teachers are in.” Even students have begun to recognize that their teachers are struggling. AnMei Deck, a CHS sophomore, said, “I sometimes feel really bad emailing teachers with small questions and stuff, because they always seem so stressed and I don’t want to add another thing to their plate.”

Schools all over the country have begun to realize burnout for students and staff is getting increasingly more problematic. In Illinois, one solution being implemented is mental health days. Instead of calling in sick, a student or teacher can take a day off to focus on their mental health and would be given opportunities to make up for missed work.

Smith, the counselor, has proposed a similar idea to the administration, saying, “[Solutions] I have in mind and what have been approved are very different. I think we should have a catch up day where everyone is able to take a break and just students go to class, but no new material is taught and teachers can kind of just grade and students can study and take a breather.” Overwhelmed teachers in the district also support the idea. “That would be great. […] The ability to take a day off for teachers and students would be a welcome refresher,” said Meyers.

Patel was originally opposed to the idea saying, “Having one mental health day may appear like it would help to some while others feel it would disrupt their plans for their classes they have already mapped out.” However, on November 2nd, the district announced they would be extending fall break an extra two days to help alleviate stress for students and staff. Many are feeling a sense of relief as a result, but it’s clear more long term work must be done.

Concrete and long-lasting solutions are certainly what is needed for Clayton teachers. Seiwell says he thinks Clayton needs to think outside the box and find creative ways to help. “There are things that we used to do that we could go back to doing. Something as simple as bringing back sabbaticals for teachers would empower teachers. […] Clayton needs to be the innovative school district that pushes back on some of the state mandated stuff and says, ‘We’ll do it.’”

Clayton needs to be the innovative school district that pushes back on some of the state mandated stuff and says, ‘we’ll do it’.”

According to Ryan, one thing the district should do is educate parents on the toll it takes to produce a world-class education. “If the community is okay with teacher burnout and believes it can always replace those casualties with someone else eager to work at Clayton, let’s consider the morality of that proposition for just a moment in stark terms: we are okay with human sacrifice for the purposes of educating our children. I don’t think progressive Clayton wants to live with that on its collective conscience. Instead, give teachers some grace, treat them as human beings, nurture their long-term well-being as conducive to the community’s children’s long-term well-being.”

Nationwide, teachers are done having conversations and are ready for change. Adding an extra two days to the break is an important first step, but it is imperative that administrators in the Clayton district continue to listen to what teachers need and help them to avoid burnout.

“I do think the conversation has started,” said Smith. “I am very excited by some of the conversations and actions we’re trying to put in place. We have our Assistant Superintendent of Student Services, and the principal, and our mental wellness committee, and we’re done talking and we’re ready for action. So hopefully, we’ll be able to get some traction because of where we’re at right now, but we have a lot of work to do.” 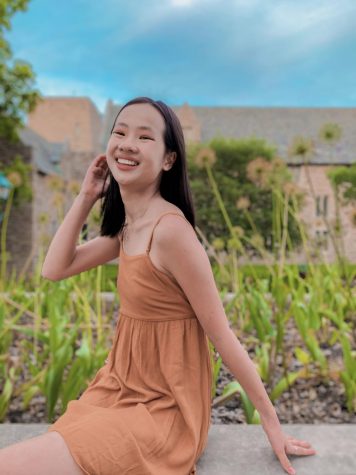 JiaLi Deck is a sophomore at Clayton Highschool. This is her first year on the Globe. JiaLi has always enjoyed English class and is interested in learning more about journalistic...