Sophomore Grace Wolf dances across the stage of the Fabulous Fox theater. 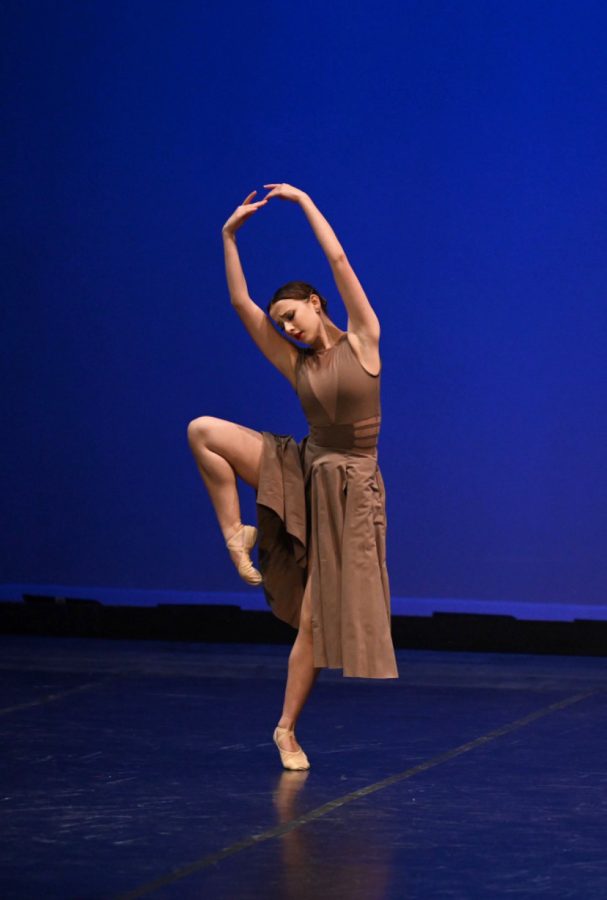 Around 8:30 p.m. on February 11th, CHS sophomore Grace Wolf leaped and danced across the stage of the Fabulous Fox theater, an interpretation of Schindler’s List, composed by John Williams. Wolf captivated the audience for several minutes, leaving the stage to great applause, as the fifth of fourteen finalists to perform that evening in the 12th annual St. Louis Teen Talent Competition.

Performing arts have always been center stage in Wolf’s life. She began figure skating at the age of five, and continued for six years, often practicing for hours a day. She was also an extra in the 2016 film, The Accountant, as well as some additional background and voiceover work, including a PSA about polar bears. Yet once she moved to St. Louis at the age of 11, dance became a part of her life.

“I hated dance at first, I thought it was so boring,” said Wolf, “but that was really the only choice for me after skating.” Wolf also experienced various types of performing arts throughout her six summers at French Woods Performing Arts summer camp, including dance and circus. Wolf began taking dance classes at COCA, eventually moving to Patsy’s Performing Arts, where she has danced for the last five years.

Performing arts and sports, especially dance, are also a part of family life for Wolf. Wolf’s mother danced ballet throughout her childhood and adolescence. “Even my baby shower was pointe shoe themed, as a child, I had a little teddy bear with toe shoes on. I think my mom always expected me to love dance,” said Wolf.

Wolf also has several older half-siblings, all of whom participated in sports or performing arts throughout their childhoods, including musical theatre, karate, swimming and football. In addition, several of her cousins live nearby, and also share passions of performing arts.

“My mom believes sports create discipline and time management. But it definitely puts a lot of pressure on me, being the only kid still at home. All eyes are on me,” said Wolf.

Wolf is also one of the founding members of ASL Club at CHS, which meets on Friday mornings before school. Club members practice learning sign language, fingerspelling and expanding their abilities to communicate. Wolf first encountered ASL as a child, watching one of her brother’s basketball games. “I noticed a father at the game using sign language to communicate with his deaf son. I had a little bit of prior experience with ASL from school so I signed good job to the player when the game was over. His dad came up to me with tears in his eyes, because no one had ever tried to communicate with his son before,” said Wolf. She believes communication is the foundation of understanding.

At the beginning of the 2021-2022 school year, Wolf suffered a drop in her passion for dance, as many of her friends had graduated at the end of the previous school year. So, her mother and dance teacher, Donna Patzius-Hill, convinced her to enter the St. Louis Teen Talent Competition, run by the Fabulous Fox Charitable Foundation. “I didn’t really think anything was going to come of it,” said Wolf, “but it helped reignite my passion for dance.”

Wolf won the Barrett Berrera Dance Performance award at the conclusion of the competition as well as several scholarships for dance programs throughout the St. Louis area. Additionally, Wolf scored in the top 24 at the Youth American Grand Pre in Winston Salem, North Carolina.

Throughout her life, Grace Wolf has always been busy. In early elementary school, she woke up at 4:30 daily in order to practice figure skating before school. Now, she balances hours of daily dance practice and competition with several honors classes and spending time with friends and family. “I use every single second to my advantage, organization helps to cover up stress and anxiety,” said Wolf.

I use every single second to my advantage, organization helps to cover up stress and anxiety.”

Wolf is self-motivated and determined, using lessons of discipline and time managment from her figure skating days to accomplish all of the tasks in her life. The multi-talented Wolf also has many decisions in her future. “I want to be a surgeon, but also I don’t want to go to college and I want to dance in a company for the rest of my life,” said Wolf.

Yet dance is play as well as work for Wolf, who enjoys the time to decompress and be with her friends after a long day of school. She visibly smiles underneath her black mask as she describes her dance friends. She recounts how her teacher often resorts to having Wolf face the wall during class so she will stop laughing long enough to participate. “I dance because I enjoy it. And I think there needs to be joy in the word enjoy,” said Wolf, “to make it worth something.” 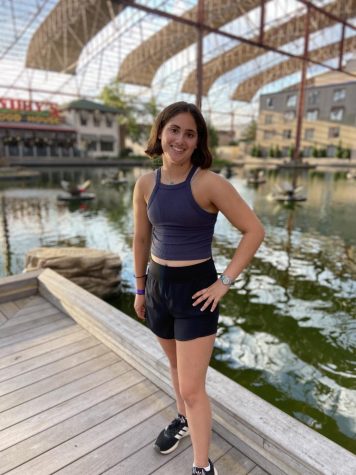