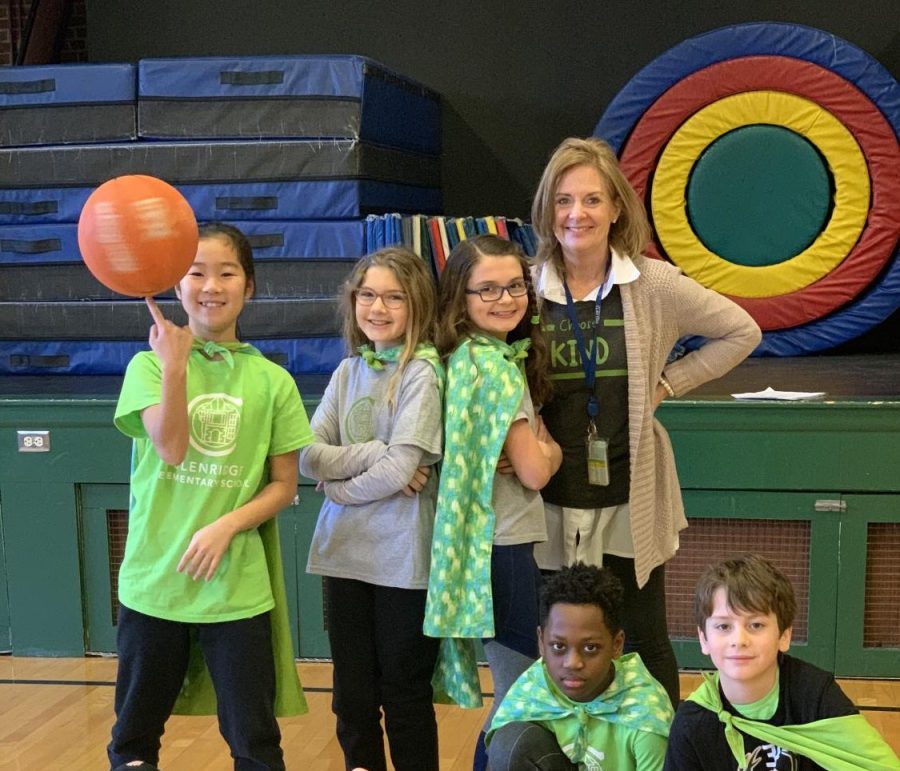 Beth Scott, the principal of Glenridge, is retiring after 14 years, but something most people would not know about her was that she used to be an art teacher before she became the principal.

Scott has been an educator for around 40 years. She taught art in three different elementary schools until Scott’s father told her, “I know you like being an art teacher, but I think you do want to be a principal someday.”

Scott, throughout high school, was always the kid who ran for class office. After Scott’s time as an art teacher at Clayton thought she would be a good fit to pursue administration. When Scott went into the interview she was nervous but confident. No matter what happened she would be proud of herself. After her interview for the job she said, “That’s the one time in my life where I nailed it.” Scott became a principal in Parkway for nine years before becoming a the principal at Glenridge.

Scott’s father had a big impact on her life, especially in pursuing her dreams. He was a big motivator for her throughout her life. Besides pushing her to be a principal, he also made sure to let them know she is able to do anything. “[He made] sure all of us were not just going to get married, but that we had a career.”

Scott believes strongly in the power of kindness. Her favorite motto: Choose Kind.

Kindness is one of the things many places seem to overlook. It may seem like a little gesture, but when everyone does it, it makes the world a better place.

Scott said, “We talk a lot about how it’s hard to be nice […] building skills around behavior and choosing kind is important especially for the younger years.”

Building up these skills at a young age is very beneficial because kindness is what makes the world function. Glenridge is unique for basing their rules off of this fundamental phrase.

“The smartest thing I’ve ever done was to crown 5th graders as the leaders of the school, because they take that job very seriously.” Scott values leadership very heavily saying,“The thing that I also loved about education was the leadership side of it.”

CLAYMO stands for “Care Lots About Yourself and Many Others,” another kindness motto. They meet often and the 5th graders are given an opportunity to help lead meetings and learn about responsibility. They gain skills on how to be a leader and get to learn more about responsibility and future preparations for later years. This shows how much pride Scott takes into the little things to make a kid’s school experience better and more unique. CLAYMO is Scott’s favorite memory of Glenridge.

After Scott retires she plans on traveling and spending time with all of her extended family. Scott says that she also “hope(s) to pick up a paint brush.” Inspired by her art teacher roots, Scott has taught many students how to paint and there is even a mural at CHS similar to her teaching. “Even if you don’t grow up to be an artist, if you like it, it can bring you lots of joy,” Scott said.

Doing what makes you happy has been a common principle throughout Scott’s life, as she hopes future Glenridge students lead lives filled with kindness, leadership and dedication.