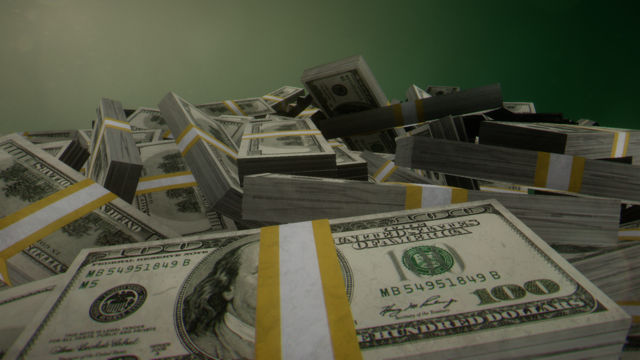 Student debt, and whether it should be forgiven, has been a hot topic in the news recently. President Biden, to his credit, has issued an executive order relieving up to $20k of debt for those making under $125,000 a year. Reactions to this development have been mixed. Some believe this is unfair to those who have paid off their student loan debt without help, some believe this relief will serve only to give more money to the rich, and some believe that greenlighting this relief was the correct course of action for the Biden administration to take. This piece will explore the latter opinion.

America is in the midst of a mental health crisis, and has been for years. This has led to more widespread awareness of how mental health can be maintained and how it can deteriorate. For example, more people than ever are aware that mental health is largely affected by outside factors such as responsibilities, world events, and finances, rather than being “all in your head,” as it were. Large amounts of debt can hang over people’s heads for life, impacting their credit scores, housing opportunities, ability to take out loans and start businesses, and even their ability to stay above the poverty line. 48 million people in America (14% of the population) have some amount of student debt, the average amount being ~$35,000 (via clasp.org). This amount of debt, and the aforementioned financial handicaps that come with it, can inspire feelings of shame, dread, anxiety, and depression in the indebted. According to a 2021 mental health survey of those with student debt, 1 in 15 (6.7%) borrowers felt suicidal over their debt. This is an increase of 2.7% from the national percentage of adults who experience suicidal ideation. Forgiving the debt, the source of these peoples’ anguish, would greatly improve their mental health and, by extension, their lives. Allowing them to continue languishing under the burden of unnecessary debt could lead to serious mental illness, or even suicide.

Furthermore, debt relief will decrease borrowers’ chances of falling into homelessness, poverty, and addiction, all of which are becoming more prevalent issues as the pandemic continues to ravage the economy and social services are gutted by politicians. According to a 2015 paper in the McNair Scholars Research Journal, titled “College Students Experiencing Homelessness: The Consequence of Failed Macro Policies”, by Brialle D. Ringer: “The crisis in high tuition and student loan debt complicates the prospects of an economically vital middle class developing in the next generation, as college graduates will be saddled with so much debt that many will have less purchasing power to afford homes”. Indeed, the amount of debt that borrowers are left with is often so much that they are unable to afford homes. Statistically, poverty and homelessness are risk factors for addiction, which itself is still an abnormally large problem in the US as we ride out the tail end of the opioid epidemic and struggle to legalize marijuana and safe injection centers. “The end result of homelessness is often substance abuse, and substance abuse can also contribute to homelessness. The National Coalition for the Homeless has found that 38% of homeless people are alcohol dependent, and 26% are dependent on other harmful chemicals.” (via addictioncenter.com). This debt, which in many cases is the catalyst for a descent into poverty, homelessness, and possibly addiction, should be relieved in order to minimize the harmful financial effects on borrowers.

Additionally, debt is highly racialized as an economic tool. “While the majority of white students owe less than their original amount borrowed four years after graduation, 48 percent of Black students owe 12.5 percent more than the original loan amount after the same timeframe, and hold 186 percent more debt than their white counterparts even 15 years after graduation.” (via clasp.org) The racial wealth gap in America has widened substantially during the pandemic, due to mass job loss, racial disparities in healthcare causing Black Americans to die from COVID at disproportionately higher rates (via kff.org), and the concentration of wealth in the hands of majority-white capitalists. In 2019, the racial wealth gap between Black families and white families in America was 1:6, with Black households holding $60k in assets on average, and white households holding assets worth $340k. (via bloomberg.com). In this way, student debt left unchecked would lead to a widening of the racial wealth gap in America, drastically reducing the opportunities for and quality of life of Black Americans who end up affected by this financial blow. Relieving student debt, while by no means amounting to reparations or even racial justice, could help ease the blow for many Black Americans already struggling to compete against peers who have the advantage of hundreds of years of stolen wealth at their backs.

The final argument for the cancellation of student debt is a purely philosophical one; that it is better to ease the suffering of others, whenever possible, than to allow them to be harmed because some of those who suffered before them survived it.”

From a macroeconomic perspective, student loan forgiveness is indeed better for the economy than the continuation of debt accumulation. According to the Education Data Initiative’s report on the Economic Effects of Student Debt, by Melanie Hanson: “Economists compare the rise in student loan debt to ‘the housing bubble that precipitated the 2007-2009 recession’ and the subsequent economic downturn. (. . .) Consumer spending is directly linked to personal finance. Economists agree that when consumers have less expendable income due to debt obligations, they decrease spending.” In other words, those whose money is tied up in paying back debt to colleges can’t spend that money elsewhere, and therefore cannot continue circulating money throughout the economy. This is a demonstration of trickle-down economics vs. financial aid to the poor: when you give money to the rich (for-profit colleges in this case), they do not go out and spend that money, circulating it back into the economy. Instead, they sequester it away in their bank accounts and tie it up in their own financial goings-on. In contrast, giving money to the poor (indebted students, in this case) stimulates the economy; when an impoverished person is given money, they use it to buy essentials and entertainment, putting that money back into circulation while bolstering whichever businesses they have chosen to buy from. In this way, financial aid for the poor leads to better economic benefits than subsidies for the rich. Therefore, debt relief for those with student loans can be expected to improve the economy rather than harm it.

Philosophically, it is better to share the burden (the cost of student debt) among many to lighten the load (using taxes to pay for government debt relief) rather than allowing individuals to suffer alone. Spreading the financial blow out to every taxpayer significantly lightens the burden, adding only cents or dollars to the expenses of many when the alternative would be tens of thousands weighing on many individuals.

Overall, it is better to relieve student debt in order to improve the mental health of borrowers, to reduce the risk of poverty, homelessness, and addiction for borrowers, to bolster the economy, to assist debtors of color, and to practice philosophies of kindness and harm reduction.

At first glance, Biden’s executive order to cancel billions of dollars in student debt seems like a dream come true. With almost 50 million Americans who struggle with student loans, it makes total sense to supply aid. However, with a closer look, these plans are webbed with complexities that stand to hurt the nation.

“We’ve treated the symptom but not the disease,” said Scott Gallaway, clinical professor at New York University in his commentary piece Malignant. The nation owes 13.7 trillion dollars in student loans combined. As a result, the government feels a sense of urgency to address the issue. The Biden administration implemented an executive order to relieve up to 20,000 dollars for Pell Grant recipients, and up to 10,000 dollars for non-Pell Grant recipients. This forgiveness is only available to individuals making an annual salary under 125,000 dollars per person, or 250,000 dollars per household.

While their hearts may have been in the right place, this solution is only temporary, and the ever growing sinkhole of student debt is continuing to crumble from the sides. If America stopped to recognize the causes of its destruction, billions of dollars in relief wouldn’t be necessary.

College tuition is not cheap, so no wonder the government feels the need to step in. Their loan cancellations seem like a generous initiative, but in reality it is the least they can do.

The cost for an American to obtain a college education, according to the Education Data Initiative, averages at $35,551 annually; four years equaling almost 150,000 dollars.

To make matters worse, according to the data compiled by Gallway from both the College Board and Bureau of Labor statistics, the cost of college is increasing three times faster than the rate of inflation. That’s a 180% increase since 1980. It’s only getting worse too.

If the government would spend as much time tackling the issue of inflammatory tuition costs as they do handing out checks that may only slightly convenience their borrowers, tax paying dollars would go directly to the cause, instead of the effect.

So, yes a 10,000 dollar relief grant may be a lifesaver for some, for those who are burdened with 20 times more, the effect is miniscule.

America is covering a bullet wound with a bandaid, but little do they know, they have already struck an artery. They are erasing debt in the easiest and fastest way possible, while not at all addressing the underlying issue. ”

Biden’s proposed program solely takes reported annual income of its borrowers into account, not overall wealth. Thus meaning, if an applicant has 3 million dollars tucked away in a bank account, but reported an income of 140,000 last year, they would receive forgiveness. Tax paying dollars will be spent on reducing their debt, when in fact they are more than capable.  How is this fair? How does this help the wellbeing of our nation? It doesn’t. If the qualification spectrum wasn’t so broad, people wouldn’t be able to fall between the cracks and take advantage of the tax-payers.

“Moral hazard is written all over Biden’s student loan forgiveness proposal,” said Charlie Dent in his commentary piece to CNN. “Transferring the obligations of people who incurred student loan debts to millions of working taxpayers whose own debts or loans were never forgiven is not only unfair but politically perilous.”

Beyond the ethical dilemmas of this proposal, its effects are projected to significantly impact the economy.

Estimations from the Committee for a Responsible Federal Budget (CRFB)—a nonprofit public policy organization—says that $10,000 of debt cancellation for borrowers with a salary under $300,000 can add up to 15 basis points (0.15%) to the inflation rate “and create additional inflationary pressure over time” said in an interview to Kelly Anne Smith, an advisor for Forbes.

The ramifications of this issue are messy. It surely could affect everyone, taxpayers or not.

“My hope is that this step [Biden’s program]  will make Republicans mad enough that they will come to the table in Congress to work with Democrats to make something happen on that systemic reform that’s really needed” said Beth Akers, senior fellow at the American Enterprise Institute in NPR’s podcast: Economists take on Student Loan Forgiveness.

This program certainly wasn’t thought out. The qualification spectrum is too broad and it lacks long term benefits. Hopefully, it is solely a—slightly crooked—stepping stone to future initiatives in solving America’s college tuition crisis. It surely can’t be the long term solution. 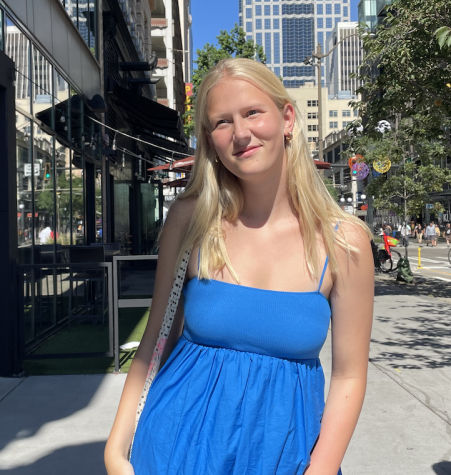