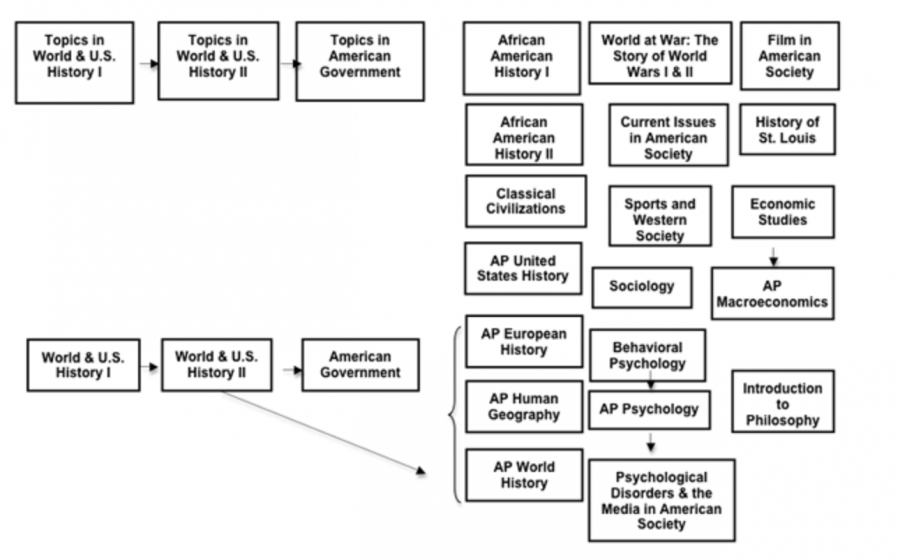 Photo of the Curriculum Map

Honors, History, and Equity in Education

What separates Clayton from other school districts in the area?

While many aspects of CHS are different than other districts, one of the most unique traits is the set-up of the social studies curriculum: there are no tracked classes, and the mandatory sequence of history classes ends after the sophomore year (although students are still required to take at least one semester of government and have 3 credits total to graduate).

This was implemented many years ago, with goals of increasing equity in social studies education and encouraging students to have more varied choices for their classes.

Other tracks such as English have clear-cut paths, but CHS’s social studies program is designed oppositely, offering the most classes for students out of the four “core” classes.

The untracked nature of the social studies program, combined with the multitude of courses, allow students to be more likely to take classes that they would not have chosen otherwise and creates classes of students from a variety of backgrounds and ability levels. However, 30 years ago, this may have not been the case at CHS.

When social studies classes were tracked, there were many differences between regular and non-AP classes, including their pace and academic rigor. “Since many students and their parents know about this, they try very hard to get the kid into the Honors/AP classes instead, leaving those behind who either don’t know about the large difference, or they don’t want to try and do a higher level of work and learning, says David Aiello, the psychology teacher at CHS. Aiello had taught some sections of the non-AP American History courses for 10 years when the social studies curriculum had consisted of a tracked program.

This further increased the disparity between the classes, and consequently, student education. In non-AP classes, more class time had to be spent discussing behavior, attendance or grades, and teachers often had to attend more IEP or 504 conferences. Subsequently, some teachers wanted to teach non-AP classes less, due to preconceived notions about behavior and the extra amount of work required to help students.

Eventually, the decision to have to honors class was implemented, leading to the social studies’ curriculums we know today, with less gate-keeping towards taking AP classes. While previously a student was required to exhibit two out of three things, an A in their current class, a strong work ethic and a passion for the subject, the department’s philosophy has changed to allow any student who wishes to enter an AP class to take one.

In addition, the social studies department is still looking to improve. Members of the department are planning on conducting an internal audit of the total offered courses and electives, as well as within a class itself. Due to a large amount of classes available to students, the audit will focus on meeting the needs of all students, whether that be offering enough classes that will appeal to more demographics, or ensuring that a diverse range of voices is heard within a classroom.

“18% of the school is African American; in a perfect world, you would think that 18% of your students in an AP class are African American. We weren’t there,” Meyers said. However, compared to other topics, the numbers were much better regarding social studies–in fact, over one half of the African American population of the class of 2021 were taking an AP class.

While the racial disparity in education still remains, the social studies program of heterogeneous environments, as well as encouraging all students to pursue more varied and difficult classes has helped create a better student education, and will hopefully improve in the future. “In social studies, it’s important to hear and understand the ideas and opinions of people that are different than you, people of a different race, ethnicity, socio-economic status, gender, religion or whatever,” says Meyers. “That diversity in the classroom helps to more closely represent the richness and complexity of the wider world,” Meyers said. 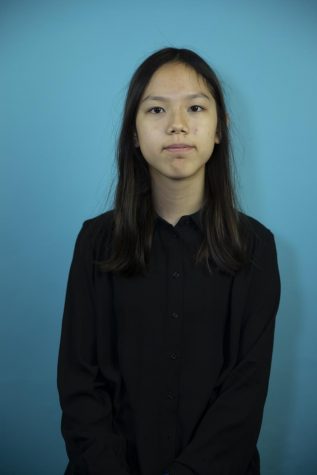 Elaine Yoo is a freshman, and this her first year on the Globe staff. She is also participating in the CHS Science Olympiad team, and enjoys reading, writing, and playing violin...