Is the idea of American exceptionalism dangerous to our progress as a country? 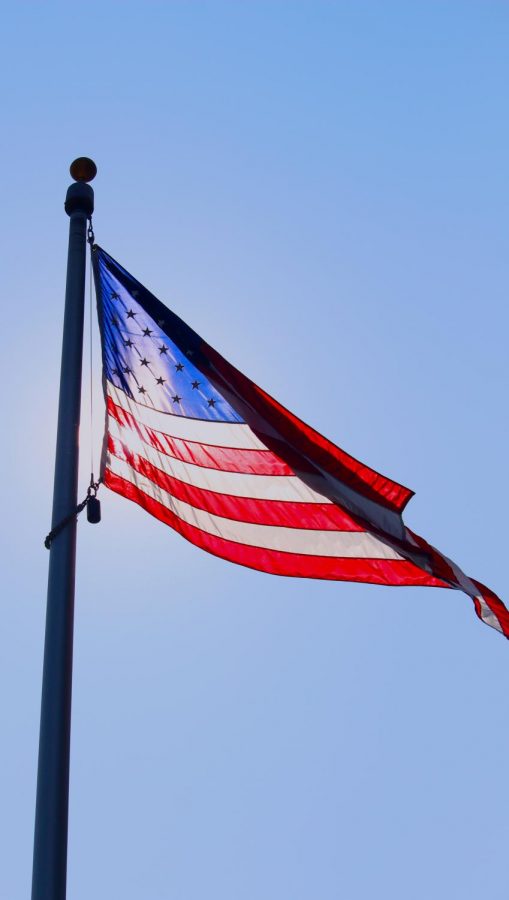 An American flag waves outside of Clayton High School. The Centene Centennial Plaza, which houses this flag, has often served as the site of school protests and walkouts.

Americans have long held the notion that America is unique, even exceptional. In 1630, John Winthrop touted the Massachusetts Bay colony “the city upon a hill”; this idea soon translated to the nation as a whole. The Declaration of Independence and Constitution furthered this idea, establishing the United States as separate from the rest of the world, both physically and ideologically. In the The Atlantic article, “Why America Resists Learning From Other Countries,” Rutgers University political scientist, R. Daniel Kelemen, describes American exceptionalism as “the notion that the United States is fundamentally different from and superior to other nations.”

The idea that the U.S. is fundamentally different from other countries frequently appears in arguments against change. Opponents of universal healthcare commonly retreat to this argument, claiming that these systems simply would not work in the United States; the structure of the United States is too different. Just in the context of healthcare arguments, the idea of exceptionalism begins appearing dangerous. The fixed mindset of Americans, perpetuated by a notion of exceptionalism, prevents new ideas from being considered and implemented, despite possible positive impacts.

The response to the pandemic reveals the American mindset of complacency. The U.S. continues refusing to adapt, relying on a belief of superiority instead of facts and evidence. Clayton AP U.S. History teacher, Mr. Josh Meyers says, “I think there’s a continuum and a healthy balance between loving your country and feeling proud of your country and being blind to its faults.” In this situation, American pride has overshadowed its faults, and this blindness has come at the cost of numerous lives and livelihoods.

This danger extends past the just the present. This sense of complacency and unwillingness to learn is a dangerous mentality to carry into the future. If this continues, the America will remain in its ignorance, halting progress and innovation, while the world carries on.

Clinging onto the notion of exceptionalism, the U.S. will lose sight of the principles that made America exceptional in the beginning. We cannot blindly relish in our past success, thinking this is sufficient for the future.

Mr. Meyers returns to the origins of American exceptionalism, saying, “I tend to look at the Declaration of Independence as aspirational, setting the bar kind of high that people throughout history have tried to reach, and the true open story is our failures to live up to that standard, but the constant pursuit of it. I think that that’s kind of the American story.”

“The true open story is our failures to live up to that standard, but the constant pursuit of it. I think that that’s kind of the American story.””

The Declaration of Independence gave Americans the freedom to dream, to reach new heights. We have since moved away from this mentality, growing indifferent to reaching the next bar. Only after we actively strive for a higher standard, putting aside past American success, will we prove ourselves as truly exceptional. Here we will find not only the solution to the pandemic but to continuing progress into the future.